We met in February 2015, while attending Camp Widow.
That is where our story together began, but not where our love stories begin.

Mike lost his wife, Megan, to a lifelong illness. She died of complications from Cystic Fibrosis in the fall of 2014 while awaiting a second lung transplant. It was squarely in the midst of the holiday season - which continues to color every holiday since, as you probably can guess. Together they had a daughter, Shelby, whom you will hear us talk of often and was the apple of her mother's eye. She was seven when she lost her mom, and is embarking on her teen years now. I came into her world when she was eight, and, having lost my own mom when I was nine, there was an instant connection between us. Mike and I dated long distance for 8 months, and I then moved across the country from my home state of Texas to Ohio to be with him. A few years later on this crazy adventure, and we are engaged now, and planning our wedding for this summer (2020). Almost daily there are fears about him dying before we get to the wedding, because that's what happened to me before...

My fiance Drew died on a Tuesday in the summer of 2012. By the time I got the phonecall, he was already gone. He was a pilot, and died from blunt force trauma in a helicopter crash while away on a work contract in Washington State. We talked over lunch, I went to work, it was just an ordinary day, until it wasn't. I spent several years after his death making art to process my emotions... a journey I am still on today, and one that has brought so much meaning and beauty to this horrible journey. I now make art and teach creative healing workshops to help others feel their emotions in new ways, too, and Mike helps me on these creative endeavors in every way he can.

What you'll read from us going forward will be both experiences from our current life and love as well as the past. To us, it is all one big story, and one big family. Now being over 5 years since we lost our partners, the fresher wounds are healed, but there are still fears, triggers, sadness... and there is of course still profound love. Love for the two people who brought us together and for each other. We are convinced they chose us for one another. There were undeniable signs from day one. And so, with their love surrounding us, we continue living, learning, and loving on.

And sometimes, when that other life slams into me, it feels like both of these separate worlds are cranked up to 100% volume simultaneously and it’s incredibly traumatic. 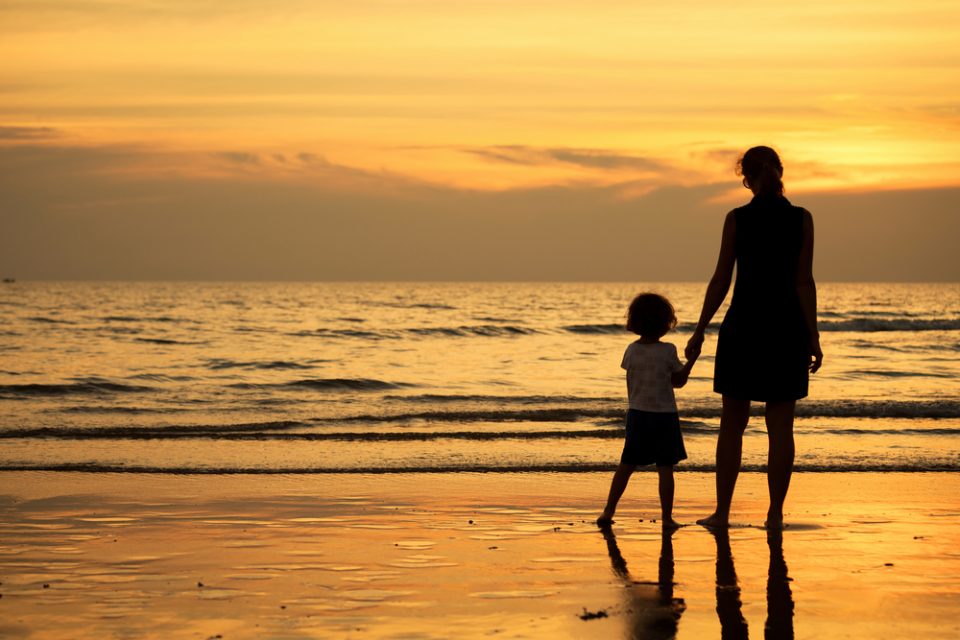 Maybe the very hardest part about being a mom as someone who has lost their own mother so young, is that I cannot ever turn off one wish. That strongest of wishes that I could will a miracle upon miracles for her and bring her mother back.

This past week, Sarah and I marked our five-year anniversary as two widows, together in a relationship.  Meeting at Camp Widow in 2015, we found ourselves just simply “connected” somehow…so much so that we were actually asked if we were siblings at one point that weekend. But, this isn’t a story of how we met, or even of the five years…

A few weeks ago, Mike and I wrote a joint post together about some of the challenges of two widowed people dating. The metaphor that we mentioned, which is a common one, was of being second fiddle… the idea that each of us sometimes feels “second” to the person that came before us in our partner’s lives. It’s a bit unavoidable now and…

A while ago, Mike and I wrote this post together about some of the things that are harder about being two widowed people in a new relationship. In that post, we talked about how we aren’t ever able to really pull the widow card on one another, because essentially – it’s canceled out. We’ve both been through an equally hard pain.  We have…

So many people in our modern society are not well versed in the ways of grief. When you have never lived a year, or five years, or 50 years with the death of someone you love, you just don’t know what that will mean or be like. I have both the fortune and misfortune of having lost people at a young age… and so while I still have relatively…

It’s almost the end of the year. In a few days, it will be the 8th time I have welcomed a new year that Drew will not be alive to share in. The years have now stretched on for so long that it has all become so surreal. Eight years used to be something I was so afraid of. That first year or two, I could not fathom being 8 years away from him.

Yesterday Mike and I booked the first big part of our honeymoon for next summer – a beautiful cabin set in between Yellowstone and Grand Teton National Parks. It’s exciting for sure, but also, terrifying… Why does something this simple have to be so scary for me? I spent entirely too much time online checking reviews and double checking other…

I wonder at times if we put more pressure on ourselves because of being widowed. I feel like I am always trying to keep everything running smoothly, as if since being widowed I just want life to operate as a well oiled machine with as few hiccups as possible. I guess that’s understandable… to want to avoid anything particularly surprising or…

Today I’m exhausted for good reasons, and thinking back to all the many times I have been exhausted for reasons I didn’t want to be. Exhausted from crying so much, or from trying to figure out my life again, or from just trying to do the myriad of ordinary things in life as a widow like buying groceries, going to the doctor or making new friends. I…

Sometimes I am surprised by moments that heal my in ways I never imagined on this journey of loss. I met Mike because I lost Drew. And I met his daughter Shelby because of that too. And because they lost a wife and mother. And here we are, this new little family sort of scrapped together from the pieces of past lives. There are more pieces too……

Today Mike and I are writing together about a topic that our Friday writer Kelley asked about recently. Most people assume it is easier to be in a relationship with another widowed person when you are widowed. And it’s true, a lot of things are simplified when you understand each other’s loss. Kelley was curious to know what some of the specific…