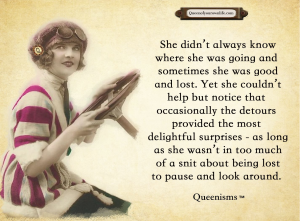 With the coronavirus not letting up, we have already had to postpone our original June wedding date. It is now likely that we will have to postpone our new date in October, too. The fact of losing my dream wedding not just once, to the death of my first fiance, and not just once to COVID but twice now… it is too much. I just don’t even want to think about it at this point until the day comes that we know we can see everyone we love and celebrate without having to worry about a virus anymore. So, since we have all this money saved for a wedding and no wedding to have, we have instead taken a detour and run with it. We have finished paying off the last of our debt, and put the remainder towards a crazy new big purchase… a camper!

We’re still getting married in October… not with any real ceremony but just to get the papers signed and make everything official. Then, hopefully next year we can have a vow renewel or an anniversary celebration with everyone and really honor this milestone right.

Still, all of this has been hard. For the past 2.5 years, we’ve worked hard and sacrificed a lot to become debt free. We have been responsible and hardworking and put our heads down and pushed through. We’ve canceled things and done without many trips and travel and movie nights and other fun stuff. It has been EXHAUSTING. On top of coronavirus this year. Because we were already pretty tired even before that hit.

So, the whole idea of campers popped up recently – which we’ve dreamed about for a few years now – and suddenly we realized, without a wedding to pay for, we could choose something different. Now, I figured we’d find something in a few months, giving me time to wrap my brain around this idea… but yesterday we went to look and ended up finding a used little camper that we fell in love with. For once, instead of my usual “well let’s think about it for a while” I just said “Fuck it, let’s DO IT!” We’ve worked our butts off for 2.5 years, it’s time to do something fun.

I am still terrified we made a hasty decision. That we bought a lemon and we don’t know it yet. That the costs of owning a camper are going to give me a heart attack. There’s a whole lot of stuff my control freak brain wants to be bothered about right now. Normally, it takes me an ungodly amount of time to make big money decisions… it is often agonizing for other people involved. But this time, I just didn’t do that. I remembered… I’m freaking widowed, and I’ve made tons of quick decisions that were huge after Drew died. I quit my career, I left my whole world behind and moved away… I changed everything I could within 6 months of his death. It was rushed, it was hasty, it was completely not stable, and it was awesome. I had no idea what I was doing or where it was going, but it worked out anyway.

I think in the past few years, I’ve gotten so caught up in trying to hold on to some sense of stability and control that it has made me fearful to make bold decisions. I never used to be that way. Until yesterday, I’d forgotten what it’s like to just decide something and go with it even if feels a little bit risky. I remembered that sometimes you have to stop preparing and thinking it all out and being cautious and looking at every angle and just go for it and see where it takes you. I used to be that girl, quite often in fact. And I want to be that girl again.

This entire year I’ve been so scared of “what if Mike dies before we get married?” Well, maybe even more importantly… what if he dies and I am left feeling as though all we did was work hard and plan and be cautious and never really enjoy living? Because honestly, that is kind of what the past 2.5 years have been like a bit. Sacrificing so much with so little reward over so much time has sucked the life out of us in slow, small ways. It has been worth it, but still, it’s time to switch gears a little.

So instead of spending the next month researching campers and finding the exact right most perfect one and then looking for months more to find it available and exhausting Mike with my overly detailed, overly prepared personality… I just said, fuck it. We’ve just paid off all our debt, we can afford to do this, and it’s time we actually do something fun for ourselves! So maybe we just bought a crappy camper and don’t know it yet. Maybe it will be a horrible money pit and maybe we’ll regret it all but at least we won’t be regretting that we never tried it.

It’s an odd place to be sitting here with this new milestone. Mike and his wife Megan dreamed of getting a camper. They looked at campers together, and were even planning to perhaps buy one shortly before she got sick. Drew and I were planning to get a tiny teardrop camper and travel across the country for our honeymoon.

Neither of us got to realize these dreams with our person the first time around. I’d like to think that maybe, when we went looking yesterday, that Megan and Drew both were just so ready for us to take the plunge into something new and adventurous together. I’m sure wherever they are, they are so tired of watching us “push through” and just want us to get out and have some adventures. I believe they had a part in this, because we looked all day long at campers and suddenly, the perfect one appeared and I just had this feeling in my gut that this was the one, and that we needed to just go for it. A feeling of intuition I haven’t had in quite some time. It just felt like something or someone was saying it was time. I feel like they are ready for us to stop preparing for life so much and start living it again.

It may not be a great big wedding, but it is a different kind of beginning to a new kind of adventure. Life is so full of detours. This year has meant a lot of detours for many. For all of us who are widowed, the metaphor of a detour is a bold one… the idea of the road being closed ahead and suddenly we are to choose a new direction. It’s never easy, but I will say that my experience of being widowed has made it easier for me to pivot whenever I see that the road is closed ahead. We may all have had to take a lot of detours up to now in our lives. Sometimes we may even have stopped right at the road closure for quite some time, unsure if we can or want to even take the detour. But eventually, when the time feels right, we’ll start up our engines again and begin driving ahead into whatever unknown direction lies ahead.