Well I guess we should just talk about it. Having to even think about dating again after Clayton passed away completely sucks. Dating is hard enough as it is but adding on being widowed, gay and living in the south is a hot mess. There are like 3 gay guys here. Two of them are in a relationship and then there’s me. It’s a military/ beach town so lots of people just stopping by. Of course there are other guys but nothing seems to click. They are already in a relationship, don’t want a relationship or can’t understand that I will always miss Clayton which is not a reflection of them. He can’t be replaced but that doesn’t mean I can’t have another relationship again. Some days I feel like I should just go live on the island of misfit gays. Rejection is a beast but I wouldn’t be honest by not authentically sharing that some days it feels like something is wrong with me. Broken or built in a way that popular gay culture says they accept but, let’s face it, a guy posting a photo in a speedo will get more attention vs. this blog. Unfortunately, I’m not wrong.

Many don’t know that I was in a 10 yr relationship a long time ago. It ended very badly with fault on all sides. So I have been through a “messy divorce”. I have dated people who have cheated on me. I have dated people who decided we were better as friends. I dated someone who died. They all hurt. They all bring grief of their own. In every scenario, your hope for that relationship is shattered and the person you fell in love with is gone. The dream died and grief was born. You wake up the next day starting over. Some choose never to date again and others give it a go. I know I’m ok alone but I want to have time with someone while I still have time. So I try.

I started to think about dating a year after Clayton passed. That’s just the timeline my journey placed me on. I have met a guy that felt more like friends. I have met a guy that didn’t want anything serious. I have met a guy that wanted to be super-serious after 5 minutes. I met a guy who stood me up on a virtual date. I met a guy who was using old photos to appear like less of a mess. I have met a guy who was annoyed that I wrote a weekly blog and he asked when I would “be over it.” Dating is exhausting and I’m already tired from carrying grief’s “dead weight”. I don’t need someone who’s alive to add to it. Recently, I had a guy ask me out. We had a great time and agreed we both wanted a second date. Can’t set a second date if they don’t bother texting or calling. I could be angry and hold a grudge but that serves no one. The best I can do is give them grace that their past holds some heartache for them too and we are all just trying to figure out the rules of this grief game.

It is what it is. Not everyone is a match but the grief dating game is a harsh one. Friends reassure me that “they aren’t the one” but salt in a wound is still salt in a wound. At this stage, the only salt I want is on a margarita being delivered by a good guy. Is that too much to ask? Dear Universe, I’m officially MAN-ifesting him. 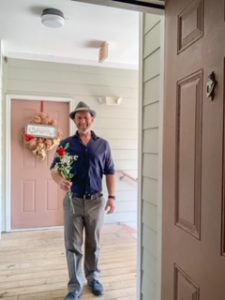 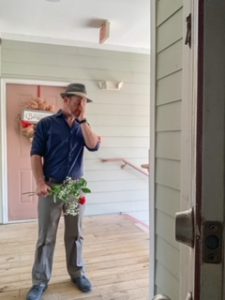 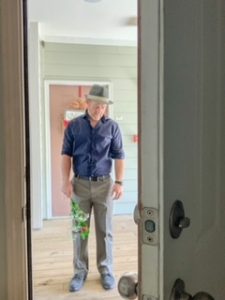 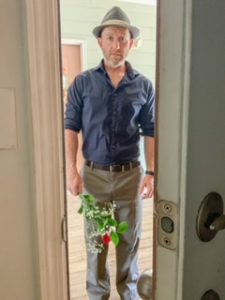 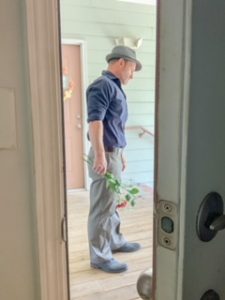