“I’m only hanging on by a thread.”

There I was hanging by a thread each time but it never dawned on me to look at the scenario from the other side until I recently (unintentionally) changed one word from “only” to “still”:

“I’m still hanging on by a thread.” – There is hope in that phrase.

When we get hit hard by trauma, we often think the worst but is it actually the worst? All depends on how you look at it. So far I have survived 100% of my hardest days. If I’m am hanging by a thread, I haven’t hit rock bottom and if I hit rock bottom I can start to climb. Does that make “hanging by a thread” more comfortable? No but it does give me a chance to think about it differently.

If I’m holding on to a thread, that means I’m still hanging on. It’s been implied that I might get tired, let go or that the thread will snap but the thread and my grip are still there. So wait, what’s the other end of the thread attached too? I guess I’ve never asked. I wouldn’t be hanging here if the other end wasn’t being held taught by something or someone…

So I climbed the thread and, at the top, I wrapped up the excess. I continued to follow the trail. That spool of thread started small but soon enough grew. However, the grief still blurred my vision and I couldn’t thread the needle so I just kept collecting along my way. Once in awhile the fear kicks in and I check. I pull on the thread to see if there is still tension and I keep walking. It’s been over three years of gathering up grief thread as I walk this widowed way. My vision is more clear now so I’ve taken the time to thread the needle and begin to sew my grief. As I move forward I’m starting to lay down a rope behind me that I’ve sewn with hope for others who need something stronger than a thread to hold onto. 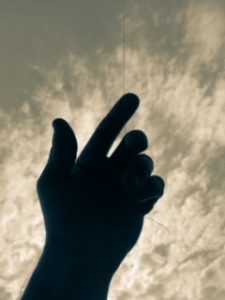 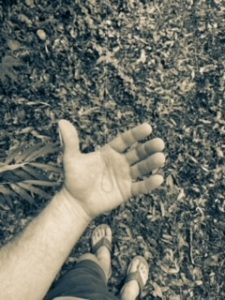 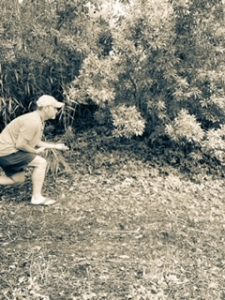