Weird shit happens at this time of year.

Weird shit gets said at this time of year too.

It feels like it is just a stream of obscene extremes. So many types of polarities and tensions, to hold and somehow absorb. To try not to get too upset about.

Images of Santa and his reindeer on the too-soon-melted snow.

Almost empty shops, even the day before Christmas eve.

Someone wrote, “you have your new family over for Christmas day – so nice and neat”.  Um… by the way, Medjool’s family is not my “new family”. My family is my family – the Pearsons or the Kemps (preferably both), depending on which generation you look at. What a vomit-inducing comment. Dead people and one family neatly replaced by alive people and a new family around a Christmas dinner table. How nice and neat. I think not. Spare me the callous platitudes that serve no-one but you.

And 2018 was only somewhat easier. Already carrying so much.

2017 of course was the year Mike died. Not entirely simple.

2016 was the year Edward died and the year Mike’s diagnosis happened. Quite stressful. Rather challenging.

And if I go back to 2015, not a lot was simple either, with lots of caring for Ed from the summer onwards, and on 11th September, Don’s final breath.

It seems to me that memories get engraved in full-blown technicolor when shit happens at Christmas.

Christmas day 2015 had us (Mike, if truth be told) cooking turkey at La Maison de Tara for lots of Pearsons and especially Edward and the team of volunteers who were on duty that day at the hospice.

Christmas day 2016 had me making my first ever Christmas dinner with Mike in bed vomiting and suffering from that week’s dose of chemo.

Christmas day 2017 had me making my second ever Christmas dinner with Mike now no longer breathing. I remember the vegetables were luke-warm. Mike wouldn’t have let that happen.

Christmas day 2018 had Julia in such a dark dark place my guts were in shredded knots.

Christmas day 2019 had so many gaping holes around the kitchen table you cannot imagine. Not helped by three guests cancelling last minute, having decided to continue skiing as the weather was nice. I might have liked to ski too.

Christmas day 2020 cannot be as bad as any of those Christmases, can it? Well, of course it can. Best not to have any expectations. Whether of anyone, or indeed myself. I will endeavour to keep as many of the previous decades’ ritual in place as I can, from getting up without an alarm, to having two leisurely frothy coffees in bed. To going on a run. To only then starting to think about prepping Christmas dinner. To having a way-too-late meal, then and only then opening presents.

Making the meal is still a monstrous task for me. I don’t have the sous-chef (Emma) that Mike had, though Ben and Megan are in training. Julia actually loved preparing the sprouts which I so appreciated. I don’t have Mike’s flair for relaxation, confidence or indeed culinary matters, especially when any semblance of timing or a plan go out of the window.

So, compared with all of that, 2020 has been okay, actually.

I have gained more friends this year than I have lost, which has to be an indicator of something – probably my own bloody-minded resilience. Or succumbing to societal pressures and not talking about all of my losses, but mostly saying just, “my husband died. 3 ½ years ago”. I think people feel safe-ish when that’s all I mention. It’s vomit-inducing for me for sure, but the holes in the friendship colander needed to be plugged, somehow.

It is truly wonderful to have our two beautiful older kids safely home, virus-free we all hope.  Less able to see their friends and so more able and to plop themselves down on the sofa with me and pick up a Netflix series. Or clamour (I mean, literally clamour and beg and plead) to “please please let’s play some flute and piano”. Makes me so happy.

And their still moderately rambunctious presence – I know this too well by now – screams out the ever-large and increasingly-painful absence of Mike and Julia. The presence of one thing marking out the tangible absence of other things so much more acutely, more blatantly, more violently, than when I rattle around this large house on my own, with just a couple of quadrupeds for company.

I doubt there will be such things, but I do believe that Christmas 2020, dire as I know it will feel and will be to many millions of people around the world, for me at least, will be better than the last five.

It just has to be. 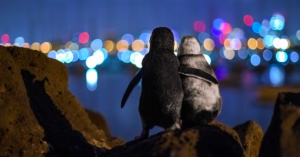