In our community, “Grief Math” is common practice.

We keep track of dates.

We honor our person on certain days.

– in our heads –  regarding random dates and their deadness.

We complete these elaborate calculations involving dates for many reasons.  Maybe sometimes we do the mental math in our heads because none of this seems to add up.  Their deaths don’t make  sense in our hearts; so, in our heads, we calculate dates in order to somehow make sense of all of it.  Maybe we do the grief math to prove the realness of the situation to ourselves.  I think these are partly why we track dates and time –  along with a million other reasons.  We are simply trying to somehow figure out this mess.

We attempt to make sense of the surreal by balancing things out.   We try to make things add up when they seem wrong.  We subtract numbers to some how find solutions to questions we can’t answer.  We complete these detailed and nonsense calculations in order to understand and accept that we continue living in a reality where they no longer exist.

We count it all, or at least I have.

We measure time in “before” and “afters”.

Before, “when they were alive”; and, now, since they are not alive.

Time becomes a fixation in grief.  And, this is a mentally exhausting way to live.  And, quite honestly, it’s not really living.  Around 2.5 years, I stopped actively counting my time ‘earned’ in widowhood.  I no longer kept track of the months because it felt odd once I was over 2.5 years into this mess.  This whole counting the months passed reminds me of when my sons turned from babies into toddlers. When my boys turned 2 years old, like most parents, I  stop referring to my children in months because I thought it sounded kinda quirky.

Now, my sons are teenagers and I have no idea how many months old either of them are because it stopped being relevant a long time ago.  And, being Mike’s widow developed this same feel over time.  The time I have spent as his widow is less relevant to me than it used to be.  The fact is, I am a widow.  And, I am not going to become more or less of his widow with time.

Time and grief – it’s complicated and that is understating it. The practice of “date stamping” past and present events is a normal practice in grief.  The way I see it, we all become math wizards in grief. It is unavoidable.  Yet, like all things, grief changes and evolves.  And, in time, thankfully, we learn to set aside  or at least minimize the daily mental math calculations.

I do not perform “grief math” as often as I used to.  Somehow, the calculations seem less meaningful to me.  I have reached a point where the numbers just do not matter anymore.  Or, maybe, in my heart, they matter so very much that I have given up counting.  What is the difference if it has been 5 weeks, or 5 months because eventually the months become years and the years become multiple years and then decades.

Time continues without Mike.  I can not keep counting the minutes, hours, days, weeks, months and years because I have the rest of my life to live without him.  I have to abandon my relentless record keeping and impromptu mathematical calculations based on daily ordinary triggers.  I have to leave the counting and tracking behind to make space in my head for other more relevant things.  This is necessary. And, this is a good thing. 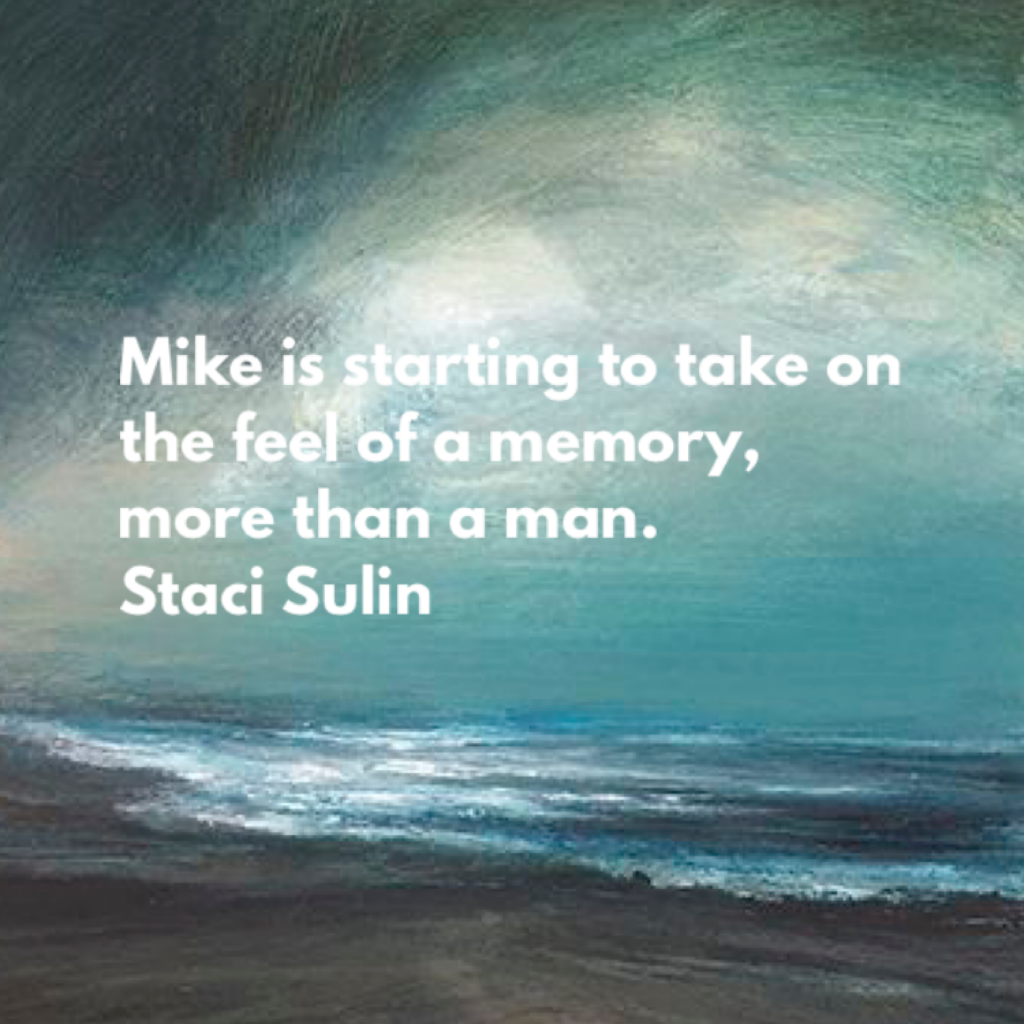 In fact, I have stopped the grief math so much that I just realized, as I sat down to write my blog, that this year I will be in Kauai on his birthday.  I forgot.  As I was booking my trip, I never stopped and realized that I would be away on Mike’s birthday.  This year I forgot about his birthday.  I planned my holiday and  I never even considered Mike’s special day.

I feel bad that I didn’t remember his birthday straight away when planning my trip, but I didn’t.  In the past, I used to feel physically sick as soon as March came around because I knew that his birthday was looming over me.  But, I didn’t feel this heaviness this year.  Now, instead, I feel guilty because I forgot about his upcoming birthday.  I feel terrible because it is beginning to be less memorable to me.  Does this mean Mike is becoming less memorable to me now?

I don’t really know what to make of any of this.  I know that I want to feel less grief stricken.  I absolutely yearn to feel less lousy and more alive.  But, at the same time, I do not want to forget Mike.  I don’t want his birthday to go unnoticed by me.  I do not want to forget the man who gave me the happiest days of my life.  I don’t want to have him feel further and further away from me… but he does.

Mike is starting to take on the feel of a memory, more than a man.

This is yet another loss.  And, this loss feels super significant.  There have been so many secondary losses these last three years that I have lost count.  So, I guess I am fairly lousy at grief math; but, in fairness, this type of math is not something I ever thought I would be doing at such a young age.  I never trained to be proficient at these types of calculations.

Anyhow, math aside, whatever is taking place is big stuff.  Something giant is happening here.  I can sense it.  Mike actually feels different to me lately.  I can’t adequately explain it in words.  Maybe others have also experienced this sensation as their grief evolves.  I don’t know.  But, Mike definitely feels different to me.

The thought of him feels different to me now.  I think the best way to describe it is blurry.  The thought of Mike is becoming blurry to me.  Maybe this is because life requires me to be more present.  Maybe my memories are slowly fading in an effort to force me to live in the moment.  I can’t be sure, but this is my hunch.

So, this brings me back to forgetting his upcoming birthday…  I have never been away from home on Mike’s birthday – at least not that I remember.  As I type, this it bothers me that I can not remember what I did his other three birthdays.

*Sigh for the millionth time.

When a person dies their birthdays become hard to differentiate because the days were celebrated without them.  I can’t remember what I did because whatever it was, it did not feel like a birthday because it wasn’t.  The birthday boy was not present, so it really was not memorable in a birthday sort of way.

On Mike’s birthday I celebrate his life.  I celebrate how he lived; and, I do this alone, without him.  On this fourth birthday without Mike, I will be somewhere in Kauai.  I will be missing him as I stand in a place we never went together.  I imagine that I will be somewhere on a beach in paradise wishing that he didn’t die.  So, in many ways, Mike’s birthday will be like every other day for me because I will think of him and wish he was still alive.