“Just” – What a powerful word.

“Were you just partners or where you married?”

The word “just” has the power to completely negate every thought, word, blog, good deed I’ve ever done in Clayton’s honor. To some, we were “just”.

Clayton and I were planning on getting engaged and married. If you are planning to get married then you are engaged right? Or do we need the ring, proposal and money spending “just” to validate that it’s real? If that’s the case than I strongly suggest you tell your children this fact right after you tell them that Santa isn’t real.

If your relationship isn’t tangible in some materialistic way that you can actually hold in your hand then it “just” doesn’t count.

“You, your feelings and your relationship don’t / didn’t actually really matter to the rest of us.” – Society’s Norms

I pour my heart and soul into sharing so others feel less alone. When someone chooses the wrong wording, I try to give them grace that they don’t mean it but it hits hard. This hit harder than ever this week.

Just a couple of days before someone on social media said “just”, I was at the beach. I go often to sit, think and talk with Clayton. I always tell him I wish he was here and there it was, a ring in the sand, a man’s wedding band. I don’t know if it was lost, tossed or placed there by the “powers that be” for me. All I know is it seemed like it “just” was there but to me it wasn’t ”just”. I picked it up and it fit.

I don’t know why it was there. I “just” know that I found it and a few days later someone asked if Clayton and I were “just”… 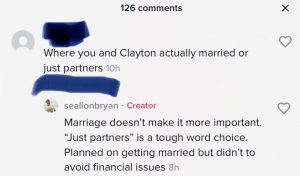 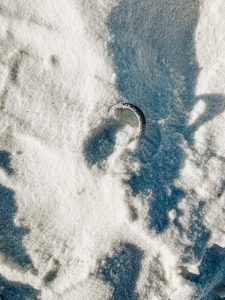 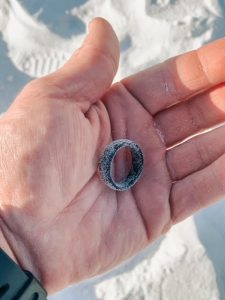 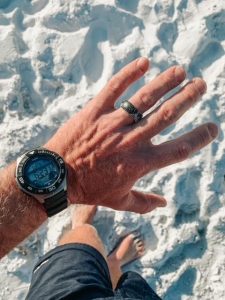