I had prepared a different post to publish today (not this one), but I changed my mind. Instead, I felt compelled to write about how it feels to arrive at the 18-month mark since Suzanne died.

On my personal Facebook page, the memory of what I wrote 1-year ago came up and I posted it—it was from when I was “6-months out.”

Six months.
Six months means it’s now closer to a year than to the day you died. Six months since everything changed.

In the time since she died, I have spent a lot of time trying not to distract myself from grief. Some of the time, I did find distractions (some good, some bad). Other times, I would listen to music, songs, etc. that were meant to bring me back to the times we were together. By listening to songs that reminded me of her, including some of her favorites that I never liked, I felt closer to her and was able to grieve for her.

Then there was my own music. Some of it was music I used to make her listen to in the car, etc. (when I would drive). There were songs she never really liked (“Turn that noise off”, she would say). But others that meant a lot to me.

The summer we got married, I bought a CD and played it almost incessantly in my Jeep when I was on my own. Since I was a teenager, I have had a favorite band. The group is called Big Country.

Big Country are from Scotland and most people of a certain era (age) will remember their 80s hit song “In a Big Country.” What most people don’t know is that the group was not a one-hit wonder (in fact, their second album debuted at number 1 in the UK charts). The summer Suzi and I were married saw the release of their 5th studio album, and it was that CD I had on loop in my Jeep.

In total, the band released 9-albums before their lead singer died in 2001. I still own multiple copies of every single album they made. 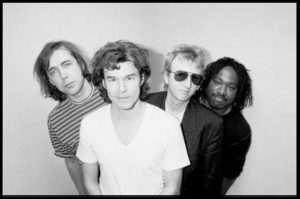 There are so many of their songs that I grew to love over the years, but one in particular still rings deeply true with significant meaning for me today. It’s from the 5th album, and the song is called “I’m Not Ashamed.” The lyrics are:

I share this song today for several reasons. The lyrics are truly profound to me, and they are meaningful to those of us who are grieving a spouse or partner.

Some of us, me included, said things we didn’t mean, and undoubtedly made promises we truly meant to keep—not just to our person, but to ourselves. We made choices. And one of those was to love someone we thought would be ours for this lifetime, and we lost that person. 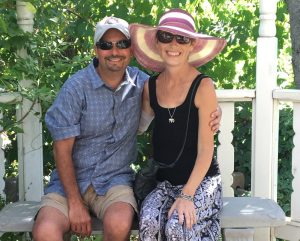 I can look back to the simplicity of the pledge—the vows—we took, never really contemplating in that moment what the “til death do us part” truly means. To me, I thought it would be some far-off day, when we were old and wrinkly… when our kids, grandkids or great grandkids were surrounding us. And yet, we still chose to tie ourselves together by that simple little pledge, and we take a leap of faith into the abyss—the unknown—of a life and love together.

We, as widows and widowers (no matter what the age), know first-hand what that pledge truly means.

Life is full of twists and turns. Fate changes us all and sometimes it is a cruel irony that we never realized that we had created a false sense of security as we built a house of cards on shifting sands.

As soon as the strong wind of death blows, that house of cards falls. As widows, we know this because our card houses came tumbling down around us and yet we still stand amongst the sands of time. Some of us wonder if we will rebuild another house of cards, alone or with someone new.

I ask all of us, “What would it be like to choose to rebuild another house of cards after losing our person?” “Who would possibly want to be the next person willing to take that leap of faith with us?” “Will we ever be ready to take another leap now the person we chose is gone?”

All we do now is drift along on those quiet waters on the tide, rising and falling in rhythm with it. We all know our time is finite, still we choose to let the tide take us to new shores (whether near or far).

To me, the song seems an all too poignant metaphor for the life we lead without our person in our lives. The question I have asked myself lately is, “Have I taken long enough to be who I am?”

Over the last few months, I have spent an exceptional amount of time rediscovering my true Self, my passion and my purpose. Yes, in some ways, I think it has taken me too long to truly be who I am—and that what I am is enough. But I get to be who and what I am now. And I am not ashamed of that person.

The next post will touch more on the part of the journey I took to find my Self and to new love, but I felt compelled to share this post today instead. Thank you for reading.