This is our second Christmas without Tony but despite that, it was a first of sorts.

For our first Christmas without him, I couldn’t bear the thought to be in town. I didn’t want to feel forced to participate in the merriment. The thought of his empty place and the looks of condolence at all the gatherings seemed unbearable. I decided we wouldn’t do any of it. Instead, I’d take the kids to Disney World and Universal. 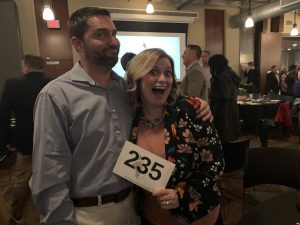 Tony and I had attended an auction in February of 2020 and purchased a few nights at a Disney resort. We were planning the trip for October of that year when the world shut down. I had been excited and immediately gone into full on planning mode. Tony went along a little more begrudgingly but still onboard. Obviously, this trip never happened so I had credits to use.

I woke up the kids at 4:00 AM Christmas morning and swept them away to most magical place on earth for 11 days. The first day we walked into Magic Kingdom and down Main Street I cried. Not the racking sobs kind of cry, just the quiet face leaking kind. I was so happy to be there with my little dudes but so sad that the only reason we were there was because Tony wasn’t. We had a wonderful trip but there isn’t much time to grieve when you’re on an amusement park vacation. 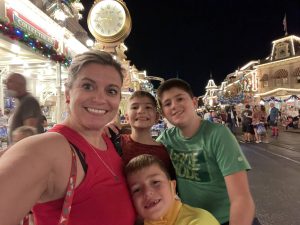 That brings us to this year. I again toyed with the idea of ditching it all again. I wanted to set sail on a cruise ship for 11 days, but we can’t run from grief forever. Additionally, I felt like if I left again, I would be robbing time from our families. The kids are only young for so long and everyone wants to enjoy their excitement. 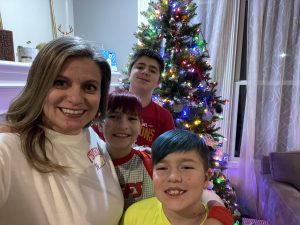 Even though we were in town this year, I was still busy. On Christmas Eve, my immediate family came over early to watch football and exchange gifts. In the evening, my extended family arrived for our traditional open house Oyster Party. After everyone left, the kids and I put out cookies before I tucked them into bed and prepped for the next morning. Christmas morning, the kids were up early but not stupid early. We opened presents and then I made them a big breakfast before we headed to see Tony’s extended family. After that, we finished the day at Tony’s parents’ house exchanging presents with his immediate family.

It was a whirlwind of 2 days with little downtime for me to sit down and grieve the loss. So, it’s no surprise that it showed up right at the end. I had gathered all our shiny new toys, gadgets and baskets of fruit and candy to take home. It’s been negative crazy cold here, so I backed the car up and left it running to get it warm while I transferred all the goodies to the back of it. After the second or third trip to the car, the realization hit me. He would have been the one plotting present Tetris to make sure everything fit just right. It was taking me too many passes, Tony would have been able to carry more to the car at a time.

Just as things were starting to settle down around me, grief rose and let me know it’s still there. Bubbling up for a seemingly small reason, but it’s not just the big things we miss. The small things take up space too. Someone to help host with, the pats on the leg, the hug after a long day, strong arms to help carry the presents. So even if I smile the whole time and have a wonderful Christmas, behind the surface I am always missing Tony.

My name is Emily Vielhauer, I am 42 years old and have 3 knuckleheaded sons who are between the ages of 8 and 13. My husband, Tony, and I were married for 14 years and despite how things ended we built something great together.