As I approach the 8 year mark,

That will always be 7 years for me,

Because how can I bear to count further the years you are missing from me?

I have no secret recipe, no sweet story of how I got from there…

If someone were to ask me how did you do it?

How did you go from those first steps away from his deathbed to where you are now?

I’d have no real and workable response,

Other than to say I just kept moving my feet.

I just moved my feet.

I allowed the grief and what grief is…the sadness, the tears, the shredding of my heart, the dissolution of my world…and I kept moving that energy.

Whether I wanted to or not and there were many times I didn’t want to. 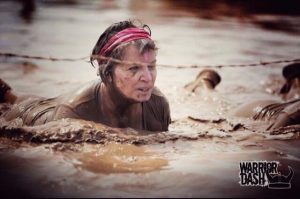 The grief is different-ish, I suppose, in that I’ve become stronger to carry it, as a dear friend told me early on. She was in her 3rd year of widowhood at the time.

She was right, insofar as it goes.

I’m also fucking inherently tired with a psychic exhaustion I never used to feel when Chuck was here.

I kind of coast along, doing all sorts of shit and creating and making meaning out of something that makes no sense to me even though I know death is part of life and it eventually happens to all humans. Somewhere my heart can’t quite comprehend the finality of it all. Not because I’m in denial. Just because he’s…dead…and I’m alive and it just doesn’t feel quite right to me. I hit a wall fairly regularly, as far as energy goes, and then I just have to really grit my teeth and lean into the wind. Keep moving my feet.

In my world where nothing is ok since Chuck died, I’ve created a place where I’m ok within it, if that makes sense.

On the one hand my plans include building an empire based on Love.

On the other hand I find myself retreating more and more from the world at large.

On any given day it’s a toss up as to which self wins.

Life in the after, right?