A part of being widowed is that you are forced to remember all of the relationships that didn’t work out. That sting when your first crush doesn’t like you back. That feeling life is over forever when the big high school sweetheart breakup happens. College brought a whole new world. I was getting more and more responses from girls that wanted to “just be friends”. Coming to terms with being gay, trying to navigate that entire new world and my first real boyfriend breaking up with me because I was “too sweet.” – The usual failures.

“You know all our friends only tolerate you because they like me.”

I never told them what he said for fear it was the truth. Instead, I kept it to myself and they chose him. Unfortunately, validated fears. – An Unfair Failure.

At this point in the romantic film of my life, in walked Prince Charming to take my hand and help me up:

“I’ll never treat you like he did. I promise.”

Two years of building trust, he gave me a ring as a promise for our future. We chose to move to a new city and start fresh. We found a new landscape, new adventures, new people. He found new temptations. I found new deceit and a new failure. I wasn’t good enough for my friends last time and this time I wasn’t good enough to be enough for him. Shattered dreams and a broken heart – A Fairytale Failure.

A couple years of healing and the heart of a hopeless romantic, I tried again. Wholesome, secure, sweet, our families loved us. This was it. It was all fitting. It was unfolding like the storybook dream I always wanted. Then we had a typical weekend night, typical comfortable dinner and he said an untypical statement:

“I’m sorry but I thought I’d love you more than I do by now.”

I said nothing because I didn’t have any air left in my lungs. The words stole my breath away. I packed up my things at his apartment and headed back out onto the road I hate traveling alone – A “better as friends“ failure.

Time moves forward and after awhile I have a date or two with a nice guy but there were no sparks. Instead he gave me an invite to a pool party where I find you. I just know that it’s you. It’s easy. It feels right. I let down my fear of failure and you stay. I realize that us is all the good things from all of those past failures. In that moment it makes sense that had anything in my past been different, had my begging with God to just let them love me than I wouldn’t be here with you. All of those relationships suddenly became beautiful failures. It was so hard in those moments to have faith that you were on your way. It’s truly a gift when you are allowed to see the Universe’s Why but just because you see it one moment doesn’t mean things remain clear.

A new life in a sleepy little beach town, a career I have dreamt of reaching and holding you,  Clayton. After all of those failures, I was finally getting my turn at what so many others have and take for granted. This part of my life was so beautifully written and then the page turned. You left me but not like all the others. An acute disease with only 8 months to do everything I could to hold on knowing you would go – A Heart-Shattering Failure.

Now I sit here and write out the storybook road my heart has had to endure. Fairytale endings are not as common as they are in books. I write to share the hard truth in hopes my lines give words to others who can’t put their emotions on paper. I write my lost relationships so if all of these tragedies are part of a bigger plan than others learn some hidden lesson that’s intended for them. Than hopefully all is for not and, at least to others, my story and I become a beautiful failure… 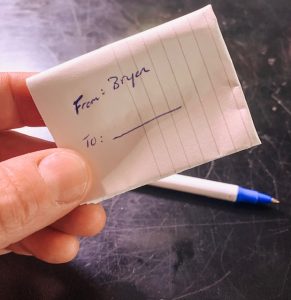 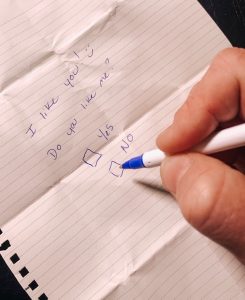