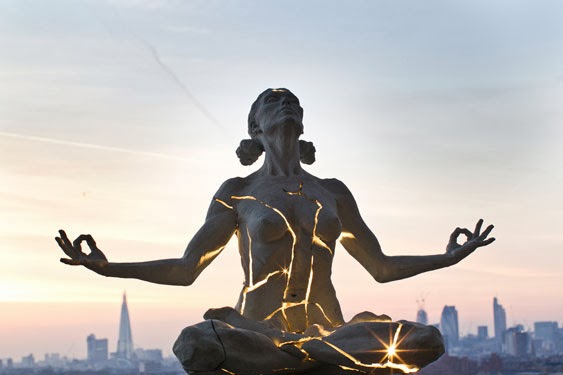 Last night just before going to bed, for some reason I felt called to go back through some really old journal entries from the years leading up to when I met Drew. I don’t always pay attention to those little cues, but last night for whatever reason I did.

I smiled to read some of the entries about our first days together… about how safe and natural and trusting it all felt. How much fun we had together. The adventures we went on, like sky diving and hot air ballooning. But where I ended up reading more – and where my truth really was – was a bit different.

I was only in my mid-twenties and had been through a lot already… my father suffered from alcoholism – which got pretty bad from the time I was 17 to the time I finally took off to finish college when I was 21. I left home with my boyfriend, who began to be physically abusive once we lived together. I stayed for the three years it took me to finish college – basically until I didn’t need his financial support anymore. That ending was incredibly traumatic, and brought up the loss of my mother as well, which I had never really coped with. I then had an affair of sorts with a man who was nearly married (not one of my more proud moments). Around the end of that debacle, I started having some pretty bad anxiety issues and hit an all-time low. That is when I finally started working on myself.

I went to therapy, devoured self help books and articles about dysfunctional families and abuse. It was one of the worst periods of my life – equally painful, but in very different ways, to losing the love of my life. I felt worthless, invisible, and very alone. In those years, I worked through an immense amount of pain and began healing a lot of my past.

By the time I was 26, I had been single for about a year and wanted nothing to do with men. Romantic relationships in my world were still nothing but overstepped boundaries, yelling, hitting, disrespect, and feeling trapped. And that is where Drew came in… with his kindness and patience, and his ability to never ever push me and to always allow me to step closer toward him on my own. He was careful with my heart in a way no man ever has been. Slowly my trust for him grew… and after about a year, I finally took the chance to date him.

And this is where the journal entries came in… at this time when I had just taken the leap into facing my fears about intimate relationships. I immediately tried to run away after our first date. And I freaked out at every single little twist and turn. At the slightest sign of trouble, boy, I was ready to hit the road. But I never did. It is astounding to look back at this girl years later… to read her thoughts…. thoughts which to me now, sound like borderline paranoia. She was just SO scared of being hurt again. Despite all her fears though, she still had the courage to try and open her heart to this man, no matter how much she wanted to run. And slowly, very slowly, he changed her whole world.

In those three short years we had together, I came to know love in a way that was deeper and more beautiful than I could have ever imagined. I continued to work on myself, and he did the same, and together we began to grow into the people we had always wanted to be. Or perhaps more accurately, the people we always had been, underneath it all. We helped each other heal, we remained careful with each other always. I gave more love than I even knew I had in me… and in return, I received more love than I ever fathomed another person could give. And now, looking back, I can see just how immensely the love we shared has changed me. And how it is STILL changing me.

Since he died, I have opened my heart to more people more deeply than in all my past years combined. I have learned to let the love I share with many many people become the way that he continues to give and receive with me. From the perspective that we are all connected, this is one of the most powerful ways that my relationship to him continues on past death.

I have been broken by life, over and over again. Yet I sit here now, a beautiful, confident woman. A woman who knows her worth and who values herself above all… who tolerates no level of abuse or malevalence in her world. A woman who is grounded in her soul and who lives by faith and intuition. Just 5 years ago… this is the kind of woman I dreamed of being, and one that felt lightyears away from where I sat. All of this is a thing that he set in motion in me… from the first time he stood by my side, to the last time, to the time he now spends on other side, working to help me become more fully the person I was born to be.

It seems maybe that his greatest gift was to allow me the space in which to decide to be changed… To first teach me how to love and be loved deeply by one, and then, in his passing over, to teach me how to do this with the rest of the world. There is not a day that goes by that I am not grateful that I took the chance to be changed… by life, by death, and by everything in between.