Remember that old song 50 Ways to Leave Your Lover?

A song that carries a very different meaning from when your Lover leaves you at the end of his/her life.

I’m thinking of all the goodbyes I’ve said in my life, and how none of them were easy in any way. Goodbyes aren’t meant to be easy, of course.

…All the goodbyes to our kids as they grew up and left home to begin their adult lives..

Honestly, that wasn’t terribly difficult; Chuck was there with me and we celebrated our empty nest and cherished the opportunity to have just the two of us together, in our home. Sitting in the back yard after a day’s work, in our swing, 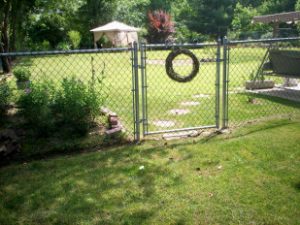 discussing our day, admiring all of our flower gardens. Cruising in his ’78 Stingray on Sundays with no timeline for getting back home again. We adopted out our dog even, to a more stay at home family.

Once Chuck and I went out on the road full time, in our Happily Homeless travels, our kids became accustomed to saying goodbye to us. We’d visit them for a week or so then load up our car and wave goodbye as we zoomed off for another adventure. Our kids used to say we never know quite where you and pop are and we’d smile.

My mom was a goodbye veteran. She was an Army wife, moving frequently in her 25 year marriage. She said goodbye to numerous friends at each post, but always with the anticipation that she’d end up neighbors with them again in some other country or state. As each of her 8 kids grew up and left home, it was goodbye goodbye goodbye. My brothers were fairly adventurous and returned home at various times with friends, spreading their sleeping bags out in the living room. I remember my folks getting calls from strangers who’d met my brothers on the Appalachian Trail, asking if they could stay overnight on their way to somewhere and my folks going to pick them up and bring them home.

She hated saying goodbye, though, my mom did, so for some reason known only to her, in my high school years, instead of goodbye, she’d say next year in Jerusalem and hug us and then stand in the driveway waving both hands at us as we drove away. We were Catholics but I think saying goodbye in that way eased her heart with the acknowledgement that it would be a finite time til she saw us again. I remember her saying to me many times that the thing with raising kids to be independent is that they grew up to be independent and they’d leave home, to return only for brief visits. A curse and a blessing. 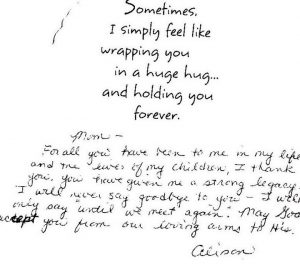 In her final weeks of life, as kids and grands gathered to say goodbye to my mom, she said to me at one point I can’t say anymore goodbyes. It’s too much.

I wave goodbye the same way as my mom did; two hands waving. And I say next year in Jerusalem.

That isn’t how I said goodbye to Chuck. I don’t remember much of what I said to him or if I said anything to him. I don’t remember the words he said to me when he said goodbye. I do recall standing at the end of his bed, as he slept or was sedated…I don’t recall which…and telling him I know you have to leave and I want you to know it’s ok. Thank you for showing me how to love and be loved. I’ll remember you always. It’s ok for you to go when you’re ready. And I know it’s time for me to go and do what it is that I’m supposed to do with the rest of my life…

It was all lies, of course. It wasn’t ok for him to go. I’d never be ok. But those are the words we say to help them, not ourselves, right?

As I’ve lived on the road in these years following Chuck’s death, I’ve met hundreds and hundreds of people. Only briefly…maybe at a rest stop. At a campsite as strangers stop by to sit a spell in one of my pink chairs and shoot the breeze, sharing stories of our travels, and why we’re full timing. We don’t say goodbye to those we meet in these situations. We say see you down the road. And it’s often true that we find ourselves neighbors again at a campsite thousands of miles from our original meeting place. Or we suddenly run across each other at a truck stop.

On Wednesday, the day this blog publishes, I’m headed east to the Atlantic coast. I won’t return to AZ til mid Fall, depending how things go. I’ll say…I don’t know what…to my dear friend and wid sister, Lorri, who opened her home to me right before the pandemic hit, when I decided to stay put in AZ while making my documentary. She’s been a true friend and support; we’ve gotten through some tough times together. I already saw my son and daughter who live here in AZ and said next year in Jerusalem to them.

As Chuck and I traveled together, it took roughly 1/2 hour for us to get our equilibrium back after saying goodbye to whatever kid we were visiting. And then we’d buck up and embrace our time together again.

It’s just me saying goodbye now, pointing my car in whatever direction I’m going. As much as I crave being out on the open road…it’s the only place I truly connect with Chuck…it’s also pretty lonely. I play music, I open the sunroof to my car, I feel the wind blowing my hair, and I embrace it, but I feel the loneliness too. 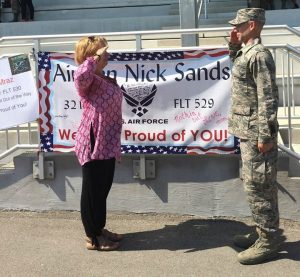 This time round I’m going to spend some time with our younger son before he deploys to the Mideast this summer. I feel that goodbye coming on, with all the emotions, even as I stay in this moment right here. His dad deployed a few times in our early years together and it doesn’t get easier, no matter how many times I go through it. Now it’s our son. So I’ll stay on after to spend time and offer moral support to his wife and their two boys and I know she’ll offer that same support to me.

But since Chuck’s death, I’ve just got to say…goodbyes are really painful.

I feel like my mom must have felt when she told me that it’s just too much. Too many goodbyes.

I wonder sometimes how many more goodbyes I have in me.

So I’m losing that word. No more goodbyes.

From here on out, no matter who it is, it’s see you down the road~