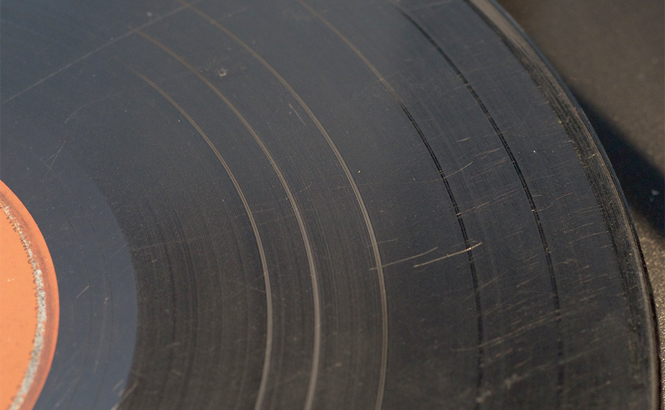 If many of my posts sound like a broken record, it’s because they are.  For those of you old enough to remember, the slightest scratch on a vinyl album could stop the music in its literal track and replace it with two seconds of repeating sounds.  It was aggravating when it happened. You could hope that it was just a blip. A speck of dust or an oddly perfect combination of bass vibrations that was causing the needle to jump back in time.

It usually wasn’t.  Being that the spiraling track of a record was actually a groove cut into the plastic, you couldn’t just “buff out” a scratch all that easily.  You couldn’t completely erase that imperfection. Every time the turntable spun to that exact point in your playlist, you would be greeted by a reminder that you didn’t handle your album with enough care, or that someone else mishandled it.

If you remembered early enough, you could gently lift the needle and “skip forward” by placing it into the visible gaps between songs.  You would never have to hear that infernal, repeating series of notes that there was no way around, other than to artificially suppress it.  You could put the blinders on, and pretend that your album had one less track. One less thing to worry about. Nothing bad had ever happened in that few minutes of missing music.

You could move on with the arrangement.   Soon enough, you would reach the halfway point of the album, and you could flip the disc and listen to the rest, You, and the album, were no worse for wear.  The songs played on, with every note taking you further away from that one scratch that triggers aggravation and thoughts of imperfection.

We all reach the end of the album at some point though.  At the end of it all, taking stock of the producer’s creativity, care, and composition, we’d be missing a track.  We wouldn’t have heard the whole story of the album, simply because of a scratch that we didn’t want to deal with.  Whether the song we had skipped was our favorite, or it was something we considered simply a point in time on the 500 meter groove, it was never intended that we ignore it.

Scratches happen.  We certainly don’t create them on purpose.  It’s just a fact that a fragile object is, well, fragile.  For every minute of music, a record turns 33 ⅓ times, and revolution number 34 was where my record scratched.

I started listening, knowing not where or when I would hear that frustrating sound, but knowing that it was “flawed” from the beginning.  Knowing that there was a scratch on the record, somewhere in the first minute or two.

Had I chose to simply skip the first track, placing the needle ahead, I would have never heard that song.  I wouldn’t have known how it sounded. There were a few pops and hisses leading up to the deep cut in the vinyl.  That’s just the nature of records. When I reached the scratch, I let it skip back a few times, before getting up, walking across the room, gently moving the needle a microscopic groove or two to the left, and letting the music play on.

I may never hear the exact series of notes, in sequence, that that song was intended to have.  I will always have to wonder what it would have sounded like had it been a full, uninterrupted piece.  As the turntable continues to revolve, the song winds down, and the scratch becomes simply a memory as the next track begins to play, as long as I’m not visibly watching it turn.

But if I sit forward and watch the record spin, I can SEE the scratch orbiting.  It is so deep, and so substantial, that I can visibly be reminded that the first song will never be perfect.  It will always be there, both audibly and visually a broken record, regardless of if I choose to skip it in the future.  I’ve already heard the song. It’s not something I can pretend doesn’t exist. I may choose not to worry so much about the scratch as the album plays on, but I will never forget it.

And every so often, I will even deliberately play that broken record, just to remind myself that although scratched and imperfect, 99 percent of that song is beautiful, and the tracks following it only compliment it.