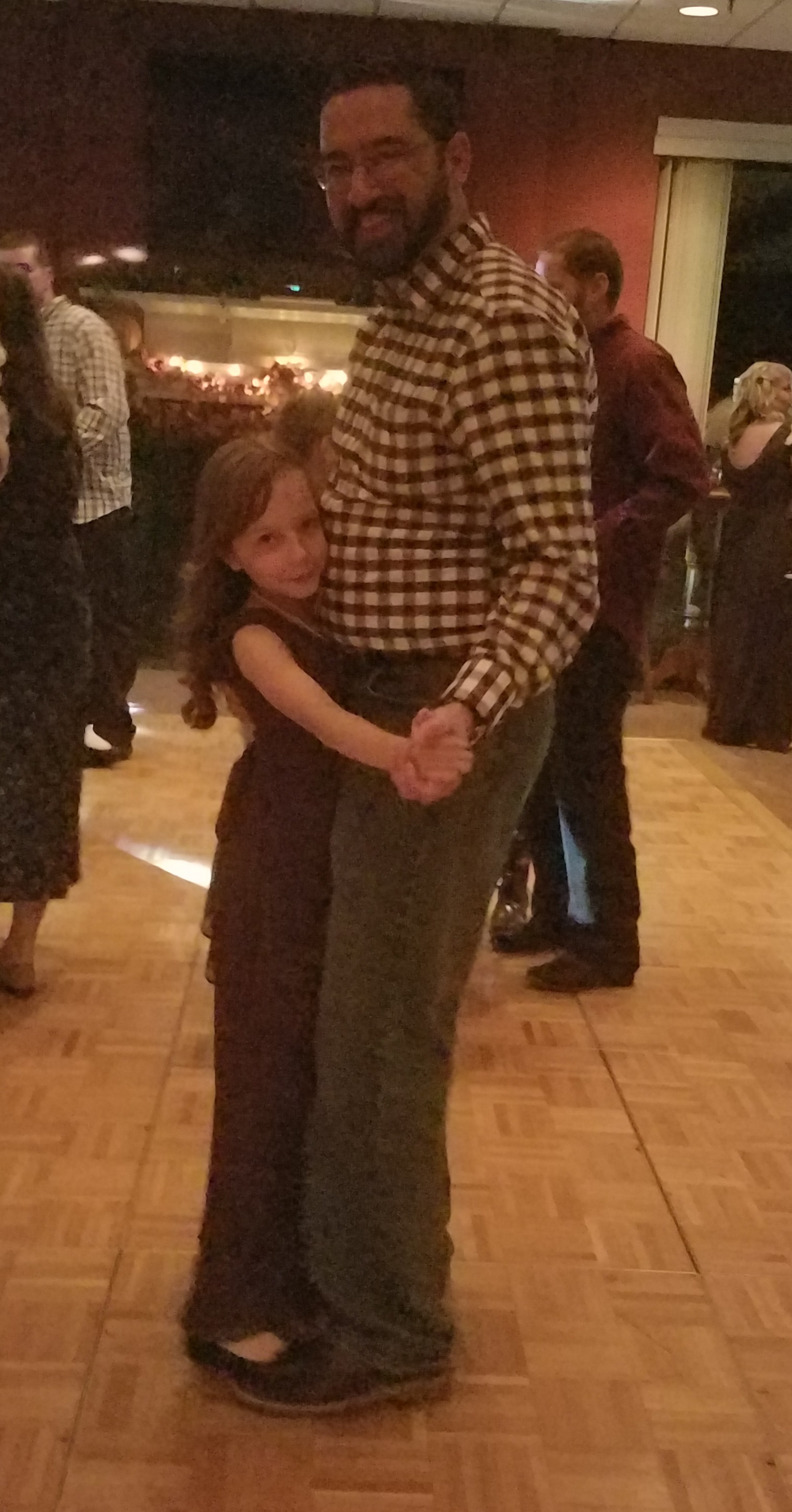 Weddings can be a huge trigger for many widow(ers).  It makes sense that attending a wedding brings up memories of one’s own wedding day.  They emphasize that, at one time, you were married too, but now, your relationship status is somewhat murky, to say the least.  Seeing a bride walk down the aisle, with a combination of tears and smiles, and saying “I do” shortly after uttering the words “til death do us part” seems more real when death has done one part.

Oddly however, I was not triggered in the slightest when Megan’s cousin married this past weekend.  The circumstances tried their hardest to remind me that Megan was not there, but they failed.  So much so, that I didn’t even consider it until much later.  This is one of those times that I have a slight built of guilt for NOT mourning.
Let’s cover the bases here.

This was the first marriage of anyone in Megan’s family since her death.  It was also the closest of her cousins.  One she grew up with.  There are pictures of the two of them through the years hanging on the walls of our home.

They were so close, in fact, that Megan was to be her maid-of-honor.  Even before the engagement was “official”, the two of them talked of planning the ceremony and festivities.  What flowers they would have, and how the bridesmaid dresses would look.  Instead, Shelby stood in Megan’s place as the “Junior Maid of Honor”.  She wasn’t involved in the planning or logistics, I mean, she’s only nine.  It was as if her role was to remind everyone that Megan was gone.
The wedding was held in the same church that Megan’s grandfather’s funeral took place in.  The last time I was there, I was watching today’s bride deliver a tearful eulogy for yet another one of Megan’s family members.  While not directly related to Megan, it was a reminder that death is always around, even in the happiest places and circumstances.
As we entered the reception hall after the wedding, we were greeted to pictures of Megan (holding Shelby), her brother Jason (who died in 2005…three days before Megan and I’s wedding), her grandfather, and her grandmother (who died a month after Megan).  Beside the pictures was a small plaque honoring those who weren’t able to be there.
The cake was decorated with 65 roses…a symbol of Cystic Fibrosis…the disease that took Megan and her brother.  Beside the cake was the story of 65 roses itself, and a picture of Megan in her wedding dress with her cousin, on our wedding day.  The cake was decorated in Megan’s honor, specifically BECAUSE she couldn’t be there.
A week before the wedding, Megan’s youngest brother became engaged.  While it is weird to me (simply because I’ve known him since he was a pre-teen), I am incredibly happy for him, and I know Megan would have been doing back-flips.  Again, she WOULD have…past-tense.  She never got to see this.
You still following me?  Did I mention that the 19th is the anniversary of Megan’s death two years ago?  This day was chock-full of events and reminders that Megan wasn’t there.  There were numerous things that Megan would have been so proud of seeing…Shelby in a bridesmaid dress, her cousin getting married, her brother getting engaged…and she “missed” them all.
Yet, not a single thing “triggered” me.  I was there as an attendee, being happy for Megan’s cousin, her brother’s engagement and Shelby as a bridesmaid.  I mingled with friends and family from Megan’s side as if she were standing beside me.  I introduced Sarah to some of them that hadn’t already met her, and they responded in return as if she herself was part of the family already.  Nothing about the wedding said to me “hey, Megan isn’t here” except for the bride and groom’s dance with their mothers…that one got me, for all of about five minutes (I mean, the song was “A Song for Mama” by Boyz-2-Men, give me a pass on that one).
I effectively “breezed through” the day and well into the evening, enjoying it as if Megan was beside me.  Shelby and Sarah danced the night away at the reception, so much so that I had to be the bad guy and tell them it was time to go, if only because we had to wake up early for a 5K Shelby was running in the next day (which is a whole OTHER story for a later time).
The fact that I didn’t really think about the bigger meanings behind much of the day says to me not that I should feel guilty about it, but that I should be happy that everyone is also enjoying life, without NEEDING Megan there.  Yes, of course we would have wanted her there, but her family’s continued happiness can surface even in the face of loss.