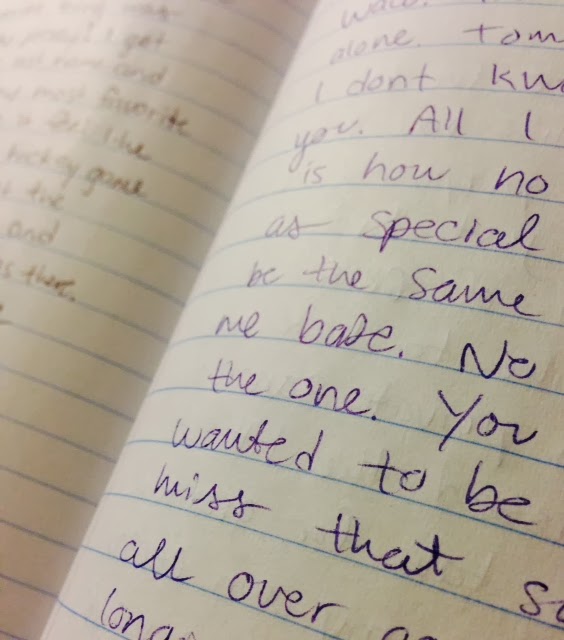 I’ve been going back over a lot of my old journal entries lately and picked one out to share a part of. For some years now I have been doing this inner-child dialogue technique… Basically having a conversation with that deepest, most vulnerable (and sometimes most wounded) part of myself by asking her questions and allowing her to share until I get to the real root of some emotions.

I know. It sounds WEIRD. And at first it felt really weird to do, but the results have always been profound at revealing some very deep emotions that I can never seem to get to so clearly any other way.

This entry was in Nov 2012, just a few months after he died:

Me: I’m so sorry this has happened to you. You’ve already been through so much… I wish so badly I could take this away from you.

Inner Me: You should be sorry. you told me I was safe with him. you told me he’s not going anywhere, you told me I could trust him, I could relax and feel safe. Well fucking now look where I am.

Me: You’re right. of course you are mad at me, and at him. how could you not be. you’ve been totally betrayed.

Inner Me: Well, not totally. I mean, you’ve done a really good job of taking care of me through all this. You’ve made decisions for us that have made a HUGE difference and all. And… I know you are hurting too. I know there is now way anyone could have known this would happen. And I know, its not his fault either. I’m just so angry. I just want our old life back, you know?

This part of the dialogue stood out to me because I knew I was angry at the world and at sometimes even at Drew, but the notion that I was angry at myself was so shocking. I was floored that this part of me had felt so hurt and so unheard by me during all of this.

Anytime I get to a really dark place with my emotions, start to isolate a lot or begin having those “what’s wrong with me?” feelings… I always use this exercise to get to the root of things. It’s been a while since I’ve done it though, I’m thinking tonight I may just do another to see where we stand a year later.