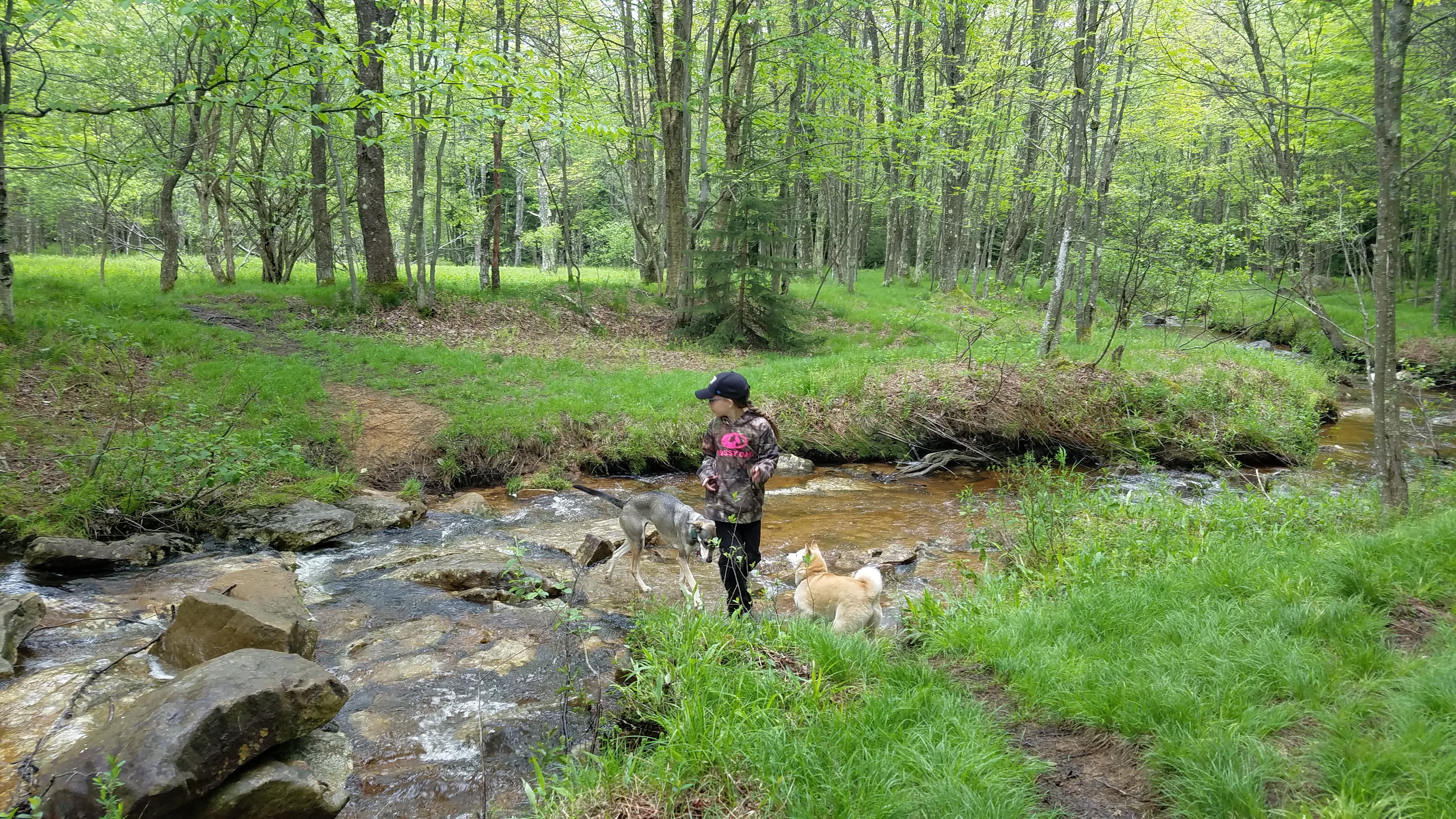 Way back in September of 2012, Megan, Shelby and I took our first backpacking trip together.  Shelby was only 5 years old, and Megan was almost two years past her lung transplant.  I meticulously planned the trip, choosing the Blackbird Knob trail in the Dolly Sods Wilderness, in West Virginia.  I was already intimately familiar with it, knowing the various campsites, creek crossings, and hills along the way, but neither of the two of them had ever been.

I chose it because of the safety factor.  I knew that we could ramble in about a mile before we came to a creek that I wasn’t comfortable having them cross.  Just downstream from that point, there was a beautiful backcountry campsite where we could spend the weekend.  I limited them, purposefully, so that I didn’t have to worry about Shelby trying to rock-hop across a fairly sizable creek, slipping, and being washed downstream.  Nor would I have to be concerned with Megan, who was still getting her feet under her on dry, flat ground in her recovery, experiencing the same.

This past weekend, Sarah, Shelby and I took our first backpacking trip together.  Shelby is now 10 years old, and Megan has been gone almost three years.  I barely planned the trip, deciding on Monday that we should leave on Friday for the Blackbird Knob trail in the Dolly Sods Wilderness.  I’m still familiar with it and all of the campsites, creek crossings, and hills.  While Shelby had been briefly acquainted with it, Sarah had never been.

Only, I didn’t choose it because of the safety factor.  Yes, it was a big consideration, but it isn’t the reason why I wanted to take them there.  There were other trails I knew well, with different environments, sights, and conditions.  I chose it because it was “easy” for me to do so.  Dolly Sods might as well be my own “private” retreat, based on the number of times I’ve been there and my knowledge of the trails.

We arrived late Friday evening, and set up camp beside a small run; about halfway to the large creek crossing.  The light was fading fast, and we just needed a place to lie our heads for the night.  After finishing our camp set up in the dark, and sitting by the fire a bit, we retired, ready to move out the next day.

Morning was beautiful.  The sun was shining, the winds were light, and the temperature was just on the warmer side of “crisp”.  Shelby was up and out of her tent (Sarah and I were in hammocks) with the dogs at first light.  After some hot cocoa, Shelby began running around with the dogs, back and forth across the small creek.  She must have done this 20 times.  There was no hesitation.  No carefully placing her steps and waving her arms about.  She was SPRINTING across this creek, enjoying life, nature, and being a kid.   Frankly, Megan would have been horrified five years ago.  Now, with Shelby twice as old, I’m not so sure.  Would she have told her to stop altogether, or merely said “be careful”?  Would she have joined her?  Hell, I don’t know.

What I do know is that 30 minutes after Shelby’s fun started, some clouds rolled in over the ridge.  Rain was not far behind.  We swiftly packed up, doused our small morning fire, and began walking towards the larger creek, half a mile distant.

By the time we arrived at that point, we were already damp and cold.  The creek was rising.  It was by no means impassable, but neither was it a simple rock-hop, like it generally is in summer.  I crossed, leaving Sarah and Shelby behind, assessed the conditions and dropped my pack.  I then crossed back to them, gave them tips on what I felt was the best path, and sent them on their way, waiting until they were at least halfway across before stepping into the cold water one last time to guide the dogs to the opposite bank.

Safely across, we dried our feet, donned our boots, and charged up the next hill.  In the misty rain, we explored blueberry heaths as far as one could see in the fog.   We crossed bogs, peppered with spruce forests, trudging through the mud and sarcastically commenting on the fact that what looks like solid ground will sink you up to your knees when stepped upon.  We crossed two more creeks, one that was not so notable, and the second, the same creek as before, but two miles upstream, and much gentler than below.  After the nastiest Sphagnum Moss covered bog slowed our travels for a bit, we arrived at a clearing in the spruces…one that Sarah discovered and chose as our campsite for the night.

And so, Megan, Shelby, and I’s paths diverged on the Blackbird Knob trail, where it crosses the right fork of Red Creek, in the Dolly Sods Wilderness of West Virginia.  Five years ago, and I can only assume three days ago, Megan would have quickly turned left, downstream, and chosen the site that prevented a cold, wet, difficult crossing.  We would still have enjoyed ourselves for the remainder of the weekend, but we would never have crossed that metaphorical bridge.  As much as I would have wanted to cross it, I would have deferred to her, stopped our travels, and set up camp.  Our lives were a series of starts and stops based on current conditions.

Instead, we marched on, Shelby beaming with pride. 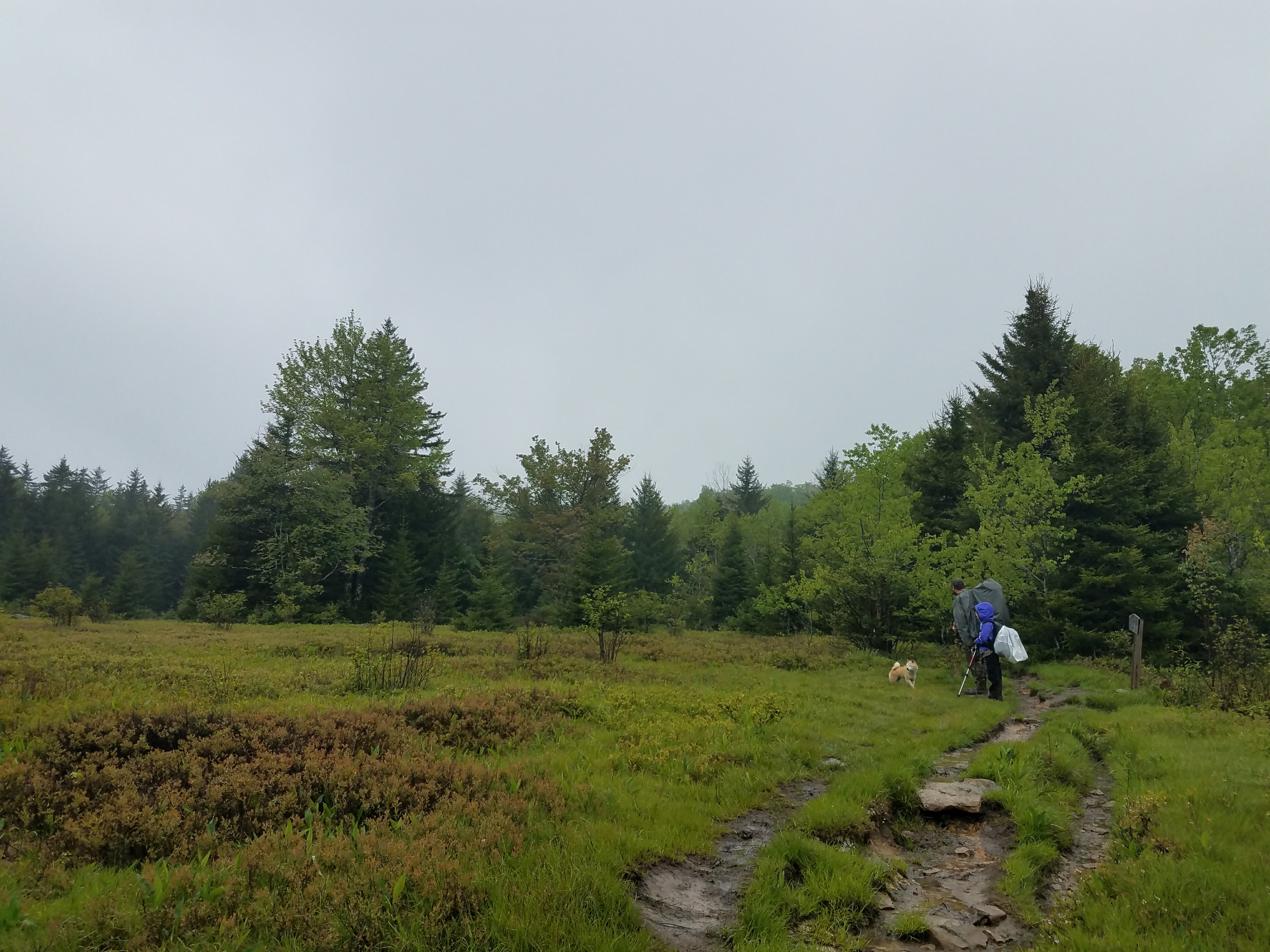