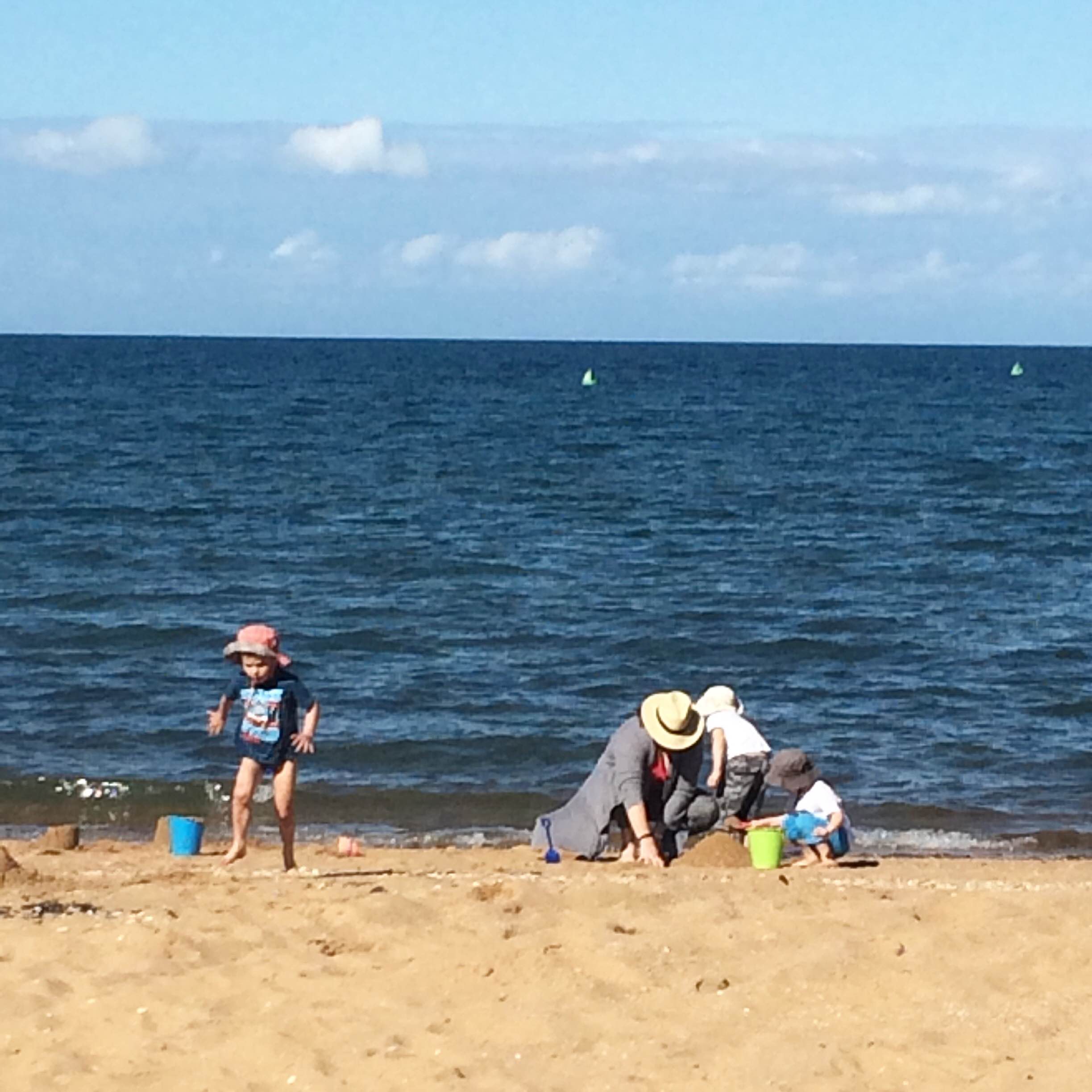 The past couple of months have been a bit unsettled for me, with our wedding anniversary in June and then Dan’s death anniversary in July.  I’ve been so focussed on getting through this difficult patch that my 35th birthday, somewhere in the middle, passed by without too much of a fuss.  I had a nice day and celebrated with family and friends but didn’t give too much thought to turning 35… until now.

Thirty-five.  The milestone age that (the media keeps reminding me) my fertility starts to decline and my biological clock starts ticking.  Awesome.  When I got married at 32, with plans to start a family in the near future, I remember uttering a quiet, internal sigh of relief that I wasn’t going to be one of those women facing her late 30’s as a ‘single’ with that horrible notion that my time was running out to partner up and start a family. Wrong.

Because of Dan’s death, my chances of starting a family were thrown out the window.  At the time I wasn’t focussing on that (I was a bit distracted just trying to get myself through the day, let alone thinking about having a child to care for too), it’s now starting to really, really hurt that not only am I no longer a ‘wife’, I’m also nowhere close to being a mum.

Earlier this year I reached a point where I felt ready to open my heart again and started dating.  I won’t go in to how tragic that experience has been so far, but suffice to say that any expectations that single men in their mid-to-late-30s might have their shit together more than their early 30’s (when I was last in the dating pool) have so far been proven wrong.  In fact, with the four men I’ve been out with in the past few months, I can only assume that their dysfunctional issues have just had longer to fester and take hold!

I know that the right person will come along and he’ll be worth waiting for and sometimes you have to kiss a lot of frogs and bla bla bla, that’s all fine… except, there is annoying little voice in the back of my mind (that wasn’t there when I was dating my late 20’s) whispering that I don’t have time for this nonsense, I need to hurry up and find my second chapter and get cracking on the baby-making.  And, as you can imagine, there’s nothing like a bit of added pressure to make dating disasters even LESS fun!

To reach a point where I felt good about taking steps forward and excited about loving again … to then realise that I really have no control over when and how my next relationship will come along was a total anti-climax.  I’m refusing to give in to the notion that I need to hurry up and find a man, because that’s not a place I want to live, but gee-whiz it’s easier said that done.

So, instead of focussing on what I don’t have, I’m working on appreciating what I do have, and continuing to create my own happiness within myself… doing things like playing with my nephews, going to the gym, spending time with friends, learning to cook a new dish or even just taking a moment to sit in the winter sunshine and drink a cup of tea – finding ways to feel content with the here and now.

The only problem is, there seems to be some kind of conspiracy going on where the universe just keeps throwing babies in my face to torment me.

My best friend is four months pregnant, around 80% of my friends in general are either in the process of trying to conceive, about to pop one out or have new babies.  There are five pregnant women in my office at work (that’s more than 10% of the team) and I feel like I get invited to more baby-showers or first birthdays than any other celebration.  It’s baby-mania, people!  And here I am, trying not to think about the fact that I can’t partake.

So, in an attempt to take back control, I booked myself a doctor’s appointment to talk about getting a few tests done, assess how my fertility is in general and discuss my options to hopefully reduce some of the pressure and worry that I’ve been putting myself through.

I have been giving a lot of thought to whether I’d want to have a child on my own.  I’ve discussed it with my family, who were incredibly supportive (to the point of being excited about the idea) but I can’t help thinking that I’m not sure it’s really what I want…  I’m not craving a baby – I’m craving a family and, for me, a significant part of the experience I want is about sharing it with someone I love.

Also, I actually think it might make me miss Dan even more.  Having a child (that’s not biologically his) without him could be another thing I’ve had to do in my widowhood – all because he died and left me alone so young.  I think there’s a difference between being a single 35-year-old woman who decides to have a family on her own, and being a 35-year-old widow who is forced to do it on her own because her husband died  from depression six weeks after their wedding.  However, that’s how I feel today, there’s nothing to say I won’t change my mind in the future.

I know there are many ways to have a family… I could still have a baby in a few years time, I could meet someone with children and they could be part of my life, there are even surrogates and adoption and donor eggs.

I really hope it doesn’t come to that, but I am working on letting go of what I can’t control and having faith that somehow, the future will work itself out.

This has been one of my greatest personal challenges since Dan died – accepting that I can’t fix and manage the elements of my life that are out of my control.  My natural inclination to make everything right is what, in many cases, causes me the most frustration.  I can’t control when I will fall in love again, all I can do is live my today.