This week my daughter and I caught the ferry over to The Sunshine Coast in southern BC and toured Gibsons and Sechelt. Gibsons was home to the filming of the television show “The Beachcombers” from 1972 to 1990.  It was also the first hometown to Wendy and Ben from 1993 to 1997.  It’s where we lived when we got married, it’s where we built our first home, and it’s where we had our first baby.

Raegan and I played tourist and she humoured me while I drove around and told her a hundred stories that all started with “I remember one time, right in this very spot, Dad and I (insert memory here) …”  She was a good sport.  We ended up on the beach in Sechelt at the exact spot where Ben proposed to me. 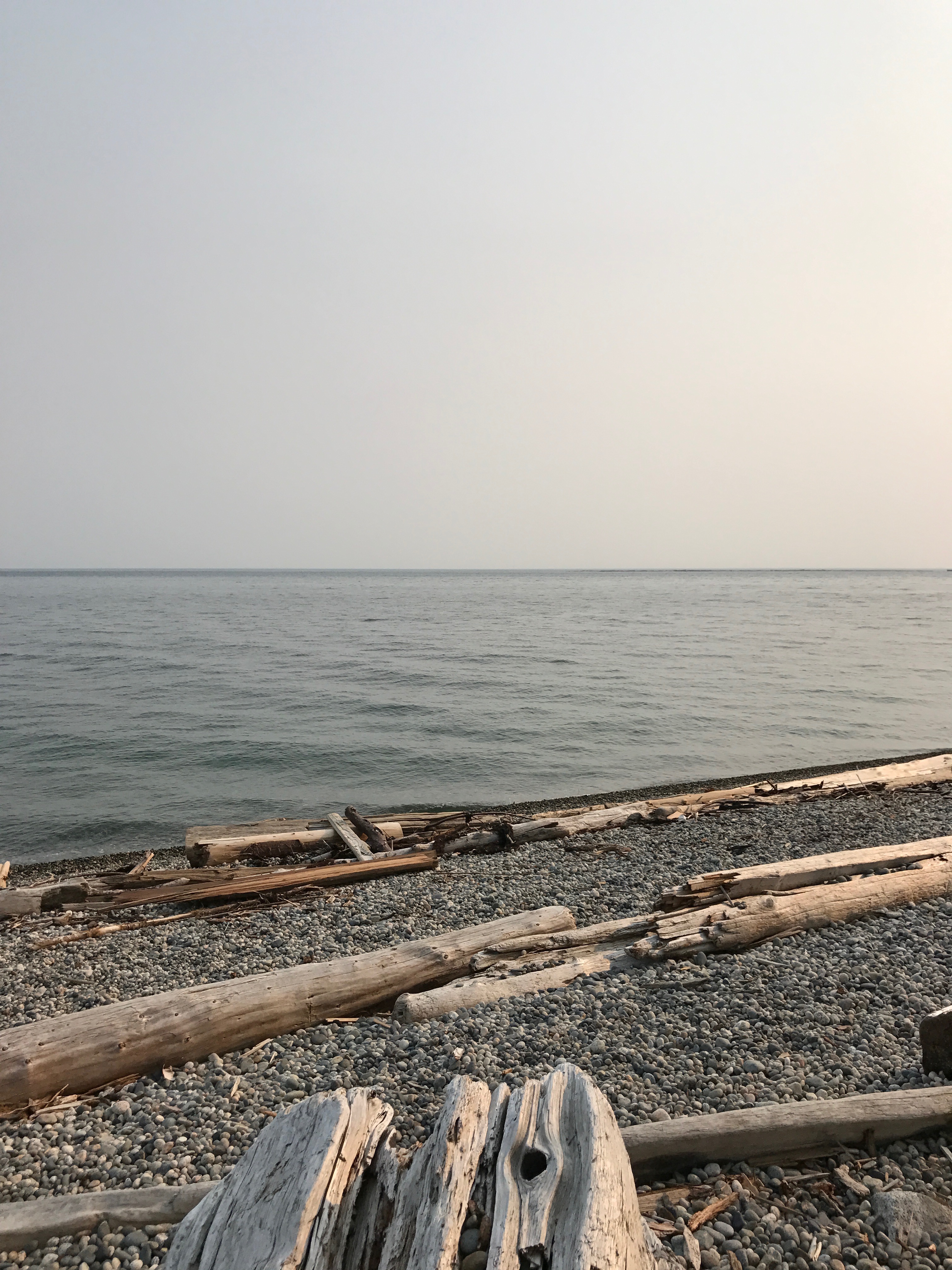 I felt my heart stop beating for a moment while I closed my eyes and let myself transport back to the very moment that Ben asked me to marry him.  I remembered it as vividly as if it were happening right then. The moment felt so close it was as though I could reach out to grab it, but it remained just beyond my outstretched fingertips.

Every step we took was filled with memories of the early days with Ben.  I had a memory for every street, every restaurant, every single place in town as though I was watching our lives play out in a movie.  I remembered the most mundane of times together, like walking home carrying a Costco sized package of toilet paper that was on sale and we wanted to stock up for cheap.  I could see us buying our first Christmas tree together and watching our first house being built, and I could smell the sod we rolled out together in the front yard. Being back in the place where it all started made the memories come to life. Everything was so familiar that it seemed if I listened hard enough I would hear his voice and his laugh. Not the voice of the man suffering in pain, but the voice of the boy I fell in love with when life was uncomplicated.

I wouldn’t trade one minute of my time with Ben, and I would do it all over even if I knew the ending before I started.  I want to say I regret nothing, but the truth is that I regret is not taking more time to slow down and appreciate our lives together just a little more than I did.  My parents always told me to appreciate the moments because life passes by faster and faster the older we get.  But even as we get older and realize that it’s true, something always seems to get in the way and prevent us from stopping and savouring in the simple things.

Work.  Schedules.  Sports.  Bills.  Mortgages.  Sometimes over the years I could feel my soul yelling “Stop!!” but my body just kept on plugging away.  There was always more work to do, more house to clean, more money to make to pay more bills that kept coming in.

Heading back over to the coast reminded me of a time with Ben when life was slower paced.  There was less to do in that small town and for two years we didn’t have kids to occupy our time.  It was just us.  Wendy and Ben.  Hanging out together on our days off,  watching movies late into the night and sleeping late into the mornings.  Hosting friends when we wanted, video taping each other just for fun and cracking each other up with our jokes.  Trying to learn how to cook in a kitchen so small that you could stand in the middle and touch the walls on each side if you reached your arms out.

When we moved over to the big city the size of our kitchens grew and the pace of our lives sped up.  It always felt as though we had to swim faster.  We forgot how to take the time to slow down and instead we dreamed of having that time in the future.  We forgot to shut the world out and just be Wendy and Ben, without any outside distraction, until the day came when we had no choice but to stop.

We had nine months to grab ahold of every moment just to be Wendy and Ben. That time was filled with appointments and pain and tears, but it was time we savoured. We remembered how to just be together.  We remembered how to shut the world out. And despite all the shitty things that happened during those nine months, I cherish every second of it because we were the only two people in the world who mattered.