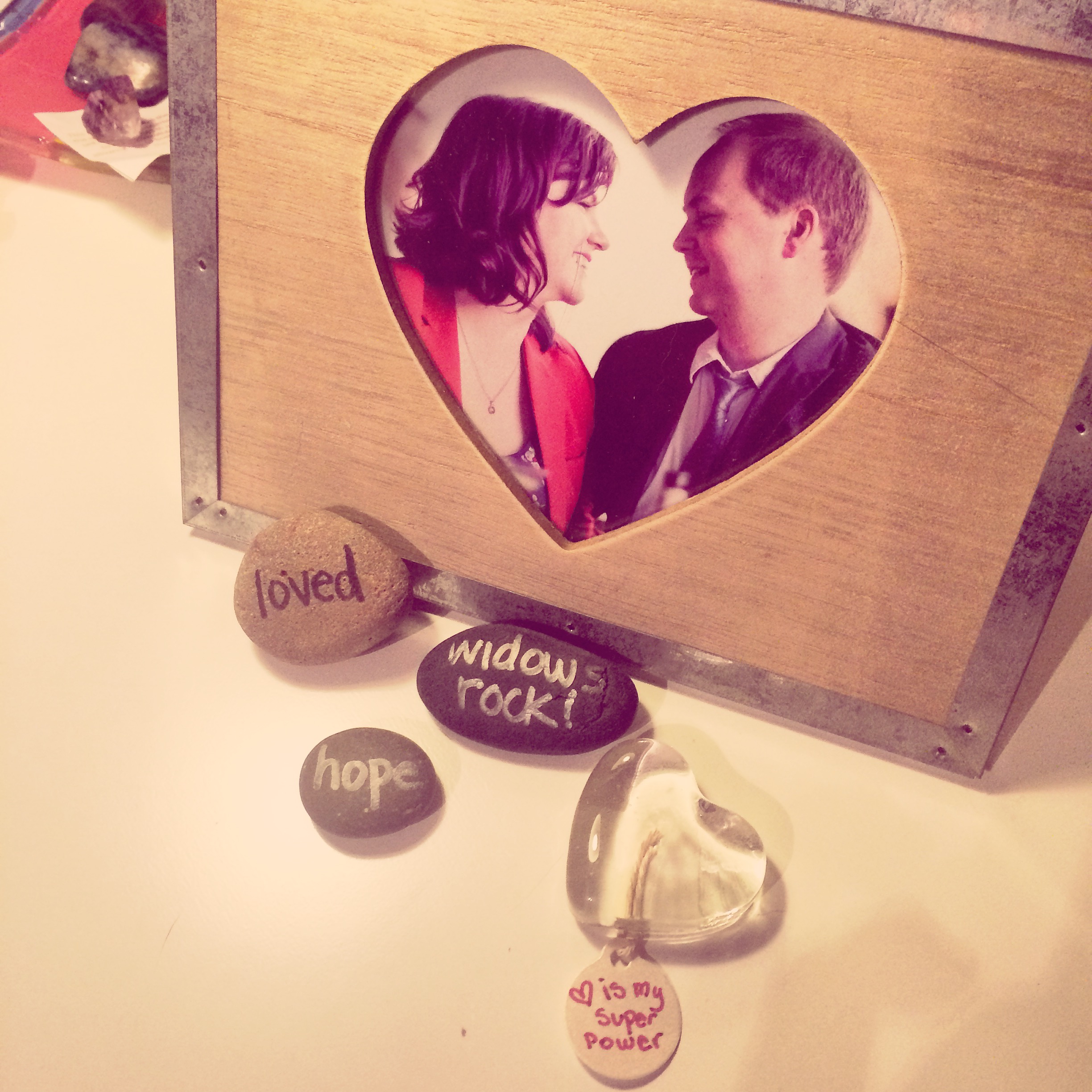 I’ve written in the past about how one of the factors of my husband’s death that causes me a lot of sadness is that we didn’t get the opportunity to have a family. Please forgive me if I’m repeating myself, but this is what’s on my mind this week.

At the time of his death we were talking a lot about trying to conceive within the next year or so.  Then, well, there was so much pain and loss, the realization that I couldn’t have his children took a while to sink in.

When I turned 35 in July, that reality really hit home.  It was a like a whole new wave of grief hit me, I lost him all over again and also found myself mourning the children we should have had.   It took me by surprise that two years on, I was still discovering new ways to miss him.  But I did.

Since then I’ve been thinking a lot about children and I have been contemplating if starting a family on my own, with the help of a sperm donor, is something that I want to explore.

It’s obviously a HUGE, life-long, world-altering decision.  There’d be no back up, no one to sub in when I was too exhausted to function – no one to celebrate on Father’s Day… so many serious things to consider.  It’s not something I feel compelled to rush in to and I’m not ‘there’ yet, but it’s certainly got me thinking.

With much trepidation I have spoken to my family about the idea over the past few months and was relieved to find that they were very supportive and excited about the idea, offering to help me as much as they could.

My dad called me Monday night to tell me about a documentary he was watching on TV, about an Australian woman in her mid-40s who used donor sperm and a donor egg donor to start a family on her own.  It was a beautiful story, very emotional but ultimately positive and hopeful.

I raised the topic with my widow friends and found that I wasn’t the first of our little support group to consider it.  There are also plenty of women who’d had children or were pregnant when their partner died and they had plenty of advice and information about what it’s like to raise a family on your own.

Something that I believe will be a significant factor is that having a baby on my own, like many things in widowhood, would be complicated by the extra factor of my grief.  If I’d never met Dan, never married, and was 35 (as I am now), single and facing a possible future without children of my own, I actually think it would be an easier decision to go ahead with.

However, I’m in this situation not because I haven’t met a partner – but because he died.  Six weeks after our wedding, a week after I turned 33, right when having a family was practically a certainty.  So now, the idea of having a baby on my own feels eternally linked to… because Dan died.  Because I’m a widow.

It will be another thing I do without him, another way to miss him, another significant milestone that I have to consider alone, because my husband died too soon.  It sucks.  I don’t need another reason to feel sad.  I know that ultimately a baby will be a reason to celebrate and be happy, but there will also be a hell of a lot of grief and missing-of-Dan along the way.

I know that at 35, I still have options and I possibly still have time.  I have been on a few dates this year but all have been underwhelming.  However you never know what’s around the corner.  I could meet my second chapter in five years’ time, or I could meet him tomorrow.  But at some point I will need to make a decision.

Do I wait?  Do I accept that my destiny is not fully within my control and leave it to fate to decide if I still have the ability to be a mother down the track?  Or do I make a move and go it alone?  At this point, it feels like I’m trying to decide – what do I want most.  To be a mum?  Or to wait … and be a wife again?  And just let the rest play out?