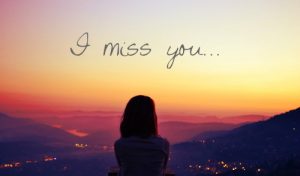 Yesterday was our anniversary. Next week, the 8th anniversary of his death. That’s a day that a lot of people still remember. But yesterday… no one else really remembers. Well, Mike usually does, and so I guess being two widowed people in love is a special thing. Neither of us is ever alone on the anniversary. Most years, we even take each other out to dinner for those anniversaries – which is so weird and cool and awesome. To be at dinner with a new man celebrating the anniversary of my man that died, is really quite something.

Last year, I actually forgot our anniversary, to my complete horror. It was the next day when I realized what day it was. As it turned out, Mike and I went to dinner sporadically that night without even realizing what day it was… so there was something good about it. We were lost in the present, which I guess is just what Drew would have wanted. But still, it was the first year I’d ever forgotten, and it was hard to process that.

This year, I haven’t forgotten. I’ve been keenly aware. I have instead over busied myself for weeks now. I have buried myself in to-do lists and planning and cleaning and working and grocery shopping and and and. I’ve noticed myself getting closed off… disconnecting emotionally. Mike I suppose has been noticing it too. I’ve been needing to process but not wanting to. It happens so gradually sometimes I don’t always catch it until the emotions finally erupt.

On top of this being the hardest time of year for me, there is so much more going on. Obviously we are all dealing with COVID-19, and with the pain and trauma of George Floyd’s death and the injustices it is bringing to the forefront of everyone’s attention. This stuff already had me emotional. Added to that list are also some more personal pains… my brother is going through an extremely difficult time right now with some things in his life. My oldest friend just lost her father last week after his health has been failing for some time. Another of my close friends has a parent who is now in the hospital battling the coronavirus. And a little over a week ago, I got back my genetic test results and found that I am positive for the same genetic mutation that caused the breast cancer that took my mom’s life… when she was only 7 years older than I am now (I’m pretty sure that is going to be it’s own dedicated post soon, but I’m not ready to dive into the words just yet.) With so many things happening in so many areas of my life and the lives of those I love, I am absolutely running. Running from emotions, because there is so much heaviness in my world right now that I feel like I’ll drown if I don’t stop constantly swimming.

Last night, I think I hit full exhaustion though. I finally felt like I just couldn’t do one more thing to busy myself or keep my world put together. So I took a hot bath… and even then tried to busy my mind with a book. When reading failed, I finally just laid there and let all the emotional stuff bubble up. And finally, after weeks of running, I just cried. I cried harder and longer than I expected to. I cried more tears than I had even realized where in me right now. It felt so good to just let it out and sit with all the emotions. I’m not usually the kind of person to avoid my feelings like that, but every so often – when too many emotional things hit at once – I think it’s normal for that to happen. I think it’s a way that we try and go into survival mode, to preserve ourselves a little bit to make it through. So I guess I’ve been doing that for a bit, unknowingly.

Eventually, Mike came in the bathroom to check on me, and caught me with tears streaming down my face, there in the tub. He sat down beside me on the floor by the tub, saying “well that’s now how baths are supposed to go” in a sweet tone. So we sat, me in the tub, and he on the floor, talking for a while. And I cried some more, and unloaded all of the things that are weighing me down right now. And the biggest one of all… the biggest and most important thing that I was able to unload was just three small words…

The most beautiful damn thing about getting to love again after you have lost your person, is finding a new person that you can say these three words to and having that new person take those fragile words in their hands, and hold them so gently and lovingly. Just to know that you can always say those three words freely and the new person you love honors it… it’s wonderful. To know I can always say it, and I always get to miss them, no matter what, is so strangely and hugely comforting. Somehow every single time I say it and Mike replies simply with “I know”, I feel this deep release wash over me that still takes me by surprise. It lets go of all the stored up pain and lets the love remain.

All of this pain is likely to still be rolling around inside of me for some time now, as none of these storms are over. But at least today it feels a little bit lighter. And at least I’ve had a reminder to listen to my needs, and to make sure to let my emotions have a release now and again – especially with some loving support. Tomorrow, Mike, Shelby and I are leaving on a short but much needed vacation… doing some social distancing at a quiet beach. I’m hoping the downtime will do me good. I will be staying mindful not to overdo things. Instead of jumping into planning the day or figuring out dinner or entertaining everyone, I’m going to try and just go with the flow and give myself permission not to DO, but instead, to just be. <3