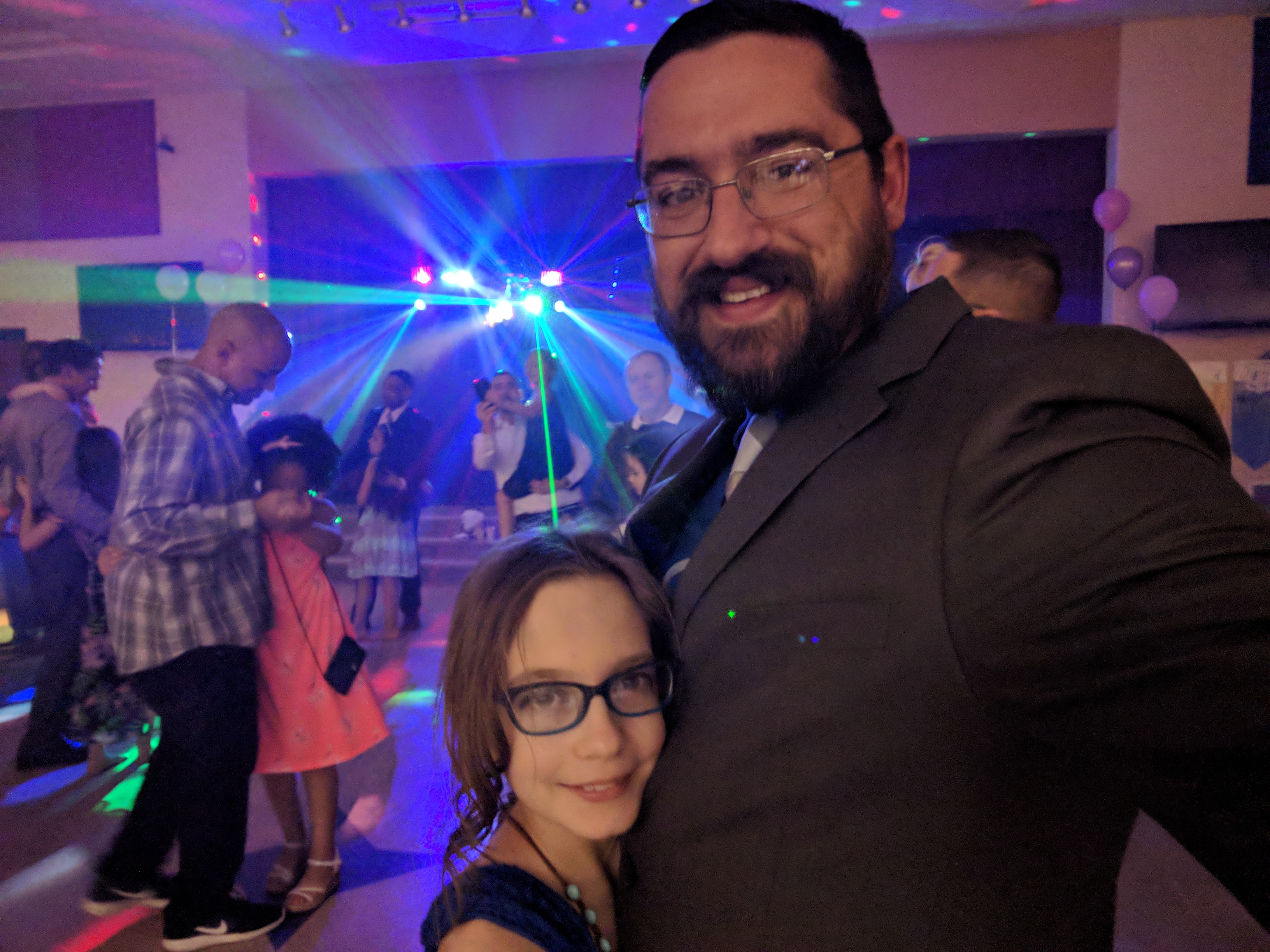 Shelby is nearing the end of her 5th grade year.  In just a few more months, she will be off to middle school.  All I have known of her for most of her life is that she is an elementary school student. Through the sickness, health, additional sickness, and death of her mother, she has never skipped a beat, still bringing home 3.0 or higher averages on every single report card.  Her thirst for learning is ever-present, and instead of telling her to put the video games down and do her chores, we have to rip her away from books. She is a very “easy” kid to parent, really.

But there are moments that occur in Shelby and I’s relationship that I know she does not fully grasp the levity of yet.  Moments that we share completely, yet that mean much more to me, as her young, inquisitive mind hasn’t asked the questions yet.  She is still innocent. Even with the loss of Megan, she hasn’t become skeptical or fallen into the sometimes detrimental mindfulness that causes many of we adults to “spiral”.

So with that, Shelby and I’s last dance at the last father-daughter dance in her last year of elementary school was nothing more than a fun 3 minutes with her old man before moving on to her friends.  To me, it was a huge milestone.

We’ve attended these dances yearly through elementary school.  I went, begrudgingly at first, forced into an evening with 150 screaming little girls, 150 fathers sitting around the walls, and dry bologna sandwiches for dinner.  I had to get into a suit and pretend that I enjoyed having my ears ringing for hours later due to exposure to decibel levels approaching jet-engine-powered-by-screeching-cats.  Shelby had fun…me, not so much.

I had already begun to realize that it wasn’t just a way for the PTA moms to torture the fathers though.  It was a pre-arranged evening for fathers and daughters to spend quality time together, but to have the daughters’ friends along for the ride too, making it far less awkward or boring for them.  The moms would, of course, get the daughters ready, doing their hair and zipping their dresses, but in the end, they stayed home and let the dads do their thing.

By the second father daughter dance, the wheels had fallen off.  Megan had died less than 6 months prior, and there was no way in hell that I was NOT going to go to this dance with Shelby.   Megan’s mom helped get Shelby ready, and thank god for that. I was a wreck. I cried the whole way home, because I knew that we wouldn’t be coming home and telling Megan the story of the night.  I knew that Shelby had fun, and didn’t think anything of it in her excitement. I called Sarah and talked through all of it, but ultimately, that third dance was a rough one.

Since then, the third and fourth dances were much easier.  Sarah had moved here by then, and had already been on the ball with them, getting Shelby ready and making sure we were out the door on time and well dressed.  Having lost her own father, you could see that she was excited for Shelby and I to share this, possibly even more so than Megan was. I had greatly softened on my aversion to the facts of the evening.  There would still be screaming girls and horrible sandwiches, but I didn’t really care. I enjoyed watching Shelby, dressed to the nines, smiling and running around with her friends. I found it funny when SHE was forced into dancing with me for a few songs, and all of her friends had to share in the same suffering with their dads.

We also had someone to go home to and tell about it all.

Last week was the final father-daughter dance.  They don’t have them in middle school. The routine was much the same.  Hair and makeup and pressing suits and pictures. Dry sandwiches and screaming children.  Music I had never heard, because apparently I’m old.

I enjoyed every moment of it.  There were three actual “father-daughter” dances during the evening, and this time, Shelby came darting to me and pulled ME out on the floor when they announced them.  Perhaps she is starting to think about things. Maybe she is realizing that she won’t be sharing anything like this with me for years to come. She might even be getting a little sentimental about it.  I don’t know, she’ll never tell.

And although we won’t be formally dancing at her school any longer, I am so, so proud to dance through life with this young woman.