My first email of 2022 contained the subject line, “Greetings from Lee.”  In her email, Lee apologized for not previously sending along certain linked photographs.

Of course, I highly doubted this message was sent to me by Lee, since it’s now going on two years that she died. Additionally, looking at the URL coupled with some minimal internet research had revealed to me that the sender was probably someone with a connection to a second-rate university in Seoul, South Korea. This evidence also tended to eliminate Lee as the email’s author. Indeed, whomever had sent this email evidently was hoping to cash in on my beloved wife’s enormous store of good will, phishing for victims, including me, who might thoughtlessly double-click the attached link. As far as I knew, this was never Lee’s M.O.

The email also was not the first message of this type I have gotten during the roughly eighteen months since Lee died. I have not become inured to these unwelcome intrusions.  The truth is, while still a bit jarring to see her handle pop up on my email server, at least I no longer react viscerally to seeing it.

Certainly, this most recent effort is nothing like the first time, coming only 2 days after Lee’s passing.  It turns out that her well-meaning niece had posted a condolence message on Lee’s largely empty and long left untended Facebook page. I’m still not sure what prompted her to go this route rather than to simply reach out to me and the rest of the family in the more traditional way; regardless, her action was effective to alert the ever-vigilant internet jackals that here is an opportunity for mischief and possible fraud. And, lo and behold! Less than 48 hours after Lee’s death, one of them had managed to pirate her email account and email address book.

And now? It appears that the more things change, the more they stay the same.

Some information below is gleaned from the article, “For Harry Houdini, Séances and Spiritualism Were Just an Illusion,” by Bryan Greene, which appears in the October 28, 2021, online edition of smithsonianmag.com.

The great Harry Houdini, who died on Halloween in 1926, had promised his wife he would, if possible, try to send her a coded message from the grave. For ten years thereafter she annually would hold a séance, but, despite these well-publicized efforts, she never heard from him.  Before he died, Houdini had devoted great time and effort attempting to expose corrupt fortune tellers. Greene observes:

“In the last years of his life, Houdini,… publicly inveighed against fraudulent mediums who conned grieving customers out of their money….Houdini even testified before Congress in support of legislation that would have criminalized fortune-telling for hire and ‘any person pretending to … unite the separated’ in the District of Columbia.” 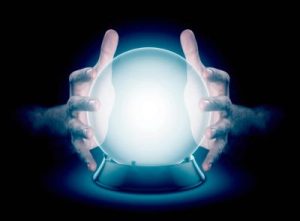 Bereavement scams are hardly new. There have always been con artists only too happy to exploit your grief for a chance to get at some of your money or access your personal information.  According to Great Western Insurance, apart from the clairvoyant scams, around in one form or another since at least the mid-1800s, some similar to those that Houdini exposed, there are numerous, more prosaic types of fraud schemes that malefactors use to prey upon the grieving.  These include: (1) false claims that the deceased had contracted before death for services to be performed and had promised to make a down payment; (2) false claims involving supposed debts accumulated by the deceased, often accompanied by blustering threats of enforced collection and garnishment; (3) funeral scams by unscrupulous home operators to manipulate their clients’ raw emotions to sell them products and services; (4) insurance, Medicare and Medicaid scams to obtain sensitive personal information, birth dates, social security numbers, and the like that can be used for myriad fraudulent purposes; (5) tax fraud schemes based on false claims concerning the deceased’s back taxes, which might include misrepresentations of legitimate connections with the IRS; (6) fraud schemes based on claims the deceased had requested special mementos to be prepared, perhaps supported by phony product invoices; (7) sweetheart scams run by pernicious individuals, who take their time to earn a vulnerable victim’s trust, then get them to turn over money or identity information; (8) life insurance policy fraud schemes that offer family members a “grace period” to catch up on premium payments the deceased purportedly had missed, perhaps due to illness or death, using the non-existent life insurance policy’s ostensible large face value as the lure; (9) credit card scams utilizing threats of collection agencies, financial penalties and late fees for non-existent expenditures supposedly made by the deceased in life.

Unfortunately, the cautionary tales are legion but increasingly tiresome. The more things change, the more they stay the same.

AARP warns that obituaries can provide identity thieves with information that can be used to build a profile, and advises, “take care with what you share[.]” It reports there is an added twist involving covid. Some identity thieves pretend to represent a government program that can help pay funeral expenses for covid victims, the catch being you must first turn over the deceased’s personal information in order to “register.” See https://www.aarp.org/money/scams-fraud/info-2020/obituary.html (last visited June 2021). Even in this unprecedented time of covid, it would appear the more things change, the more they stay the same.

There are times when I sincerely wish that Lee would reach out to me from the Great Beyond.  I don’t need to hear her say that she loves me or even that she misses me. I would be grateful just to learn from her that she is getting along in her eternal journey.

Unfortunately, when it comes to my sweet Lee, I tend to agree with Houdini’s wife, who once famously declared that she did “not believe that Houdini can come back to me or anyone.”  The best I can do is to keep Lee alive in my heart and in my mind.  And in this respect, over time, I expect that the more things change the more they will stay the same.