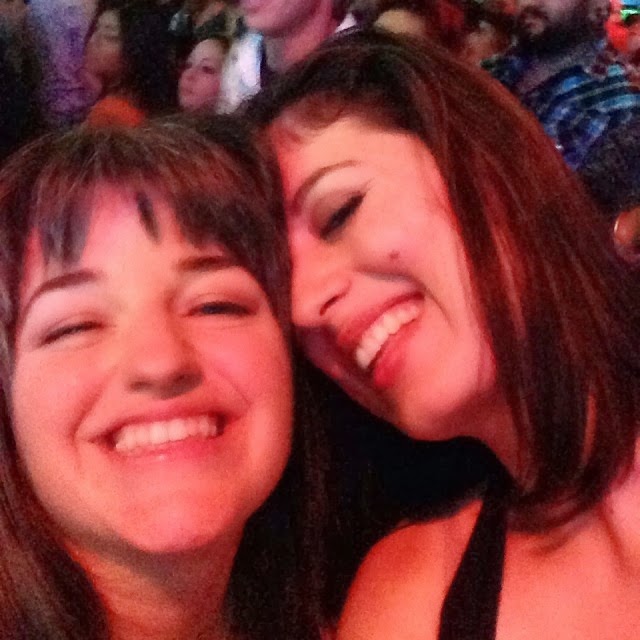 I’ve had a particularly hard couple of weeks lately. Not only has there been Christmas and the 18 month mark since he died, but throw in a trip to Dallas where we lived together, his younger brother graduating from college, my idiotic attempt to start a pretty strict new diet and workout regimen (beginning a week before Thanksgiving, really Sarah??) and the still impending nerviness of the gallery I work at closing in just 2 weeks… and it’s no wonder I’ve had a total and complete meltdown.

I went out with a girlfriend last night just to get out of my head for a little while. We ended up at a country concert. Drew and I used to go to tons of concerts together. While they have become easier for me to go to this year, my emotions were high last night, which left me really nervous.

I’m sure you all know what I’m talking about… there are just those times in this whole experiencing death thing where you feel really frail and worried as to whether you can handle social situations. I thought going out to a bar and having some drinks might not be the best idea given how emotional I was feeling (crying almost all day for several days pretty much describes it). But, then again, it also couldn’t be the worst either. The way I figured, I had sure as hell sat in my own head for long enough and that didn’t seem to be helping a damn thing, so I might as well try having a life for a night.

To my surprise, we ended up having a blast… dancing and singing and laughing for hours followed by a bit of crying and heartfelt conversation over hamburgers and fries at 2am. I didn’t get home until after 3am. I honestly can’t remember the last time I did that. And even though I’d rather have been curled up in bed with the love of my life… I got to spend some really special time and made a great new memory with one of my oldest friends.

I *may* be a little hungover this morning, but you know what? It was worth it. It was worth it to dance the night away and not focus on the pain for just a few hours. It was worth it just to freakin LIVE a little. I realized last night that sometimes I’m not as fragile as I fear I am… and that within me is still a desire to seize the moments of life and seek adventures. Not only did I have fun at that concert, I lived and breathed and screamed and danced and laughed and cried and hugged and sang my heart out like it was my last night on earth. I was wide open to life and it felt great.

At times, when the pain is so incredibly deep, I feel like it can be so easy to forget that today is a day to be lived… should I choose to do so. Shaking things up last night and doing something spontaneous reminded me that sometimes I do need to make that choice. It also reminded me of the girl he fell in love with… the one who appreciated and lived deeply, who could find something to be grateful for even in the worst of situations. It was nice to see that girl again… the girl who believes that no matter how difficult a day may start out, there is always – each day – the potential for something really meaningful (and maybe even incredible) to happen.