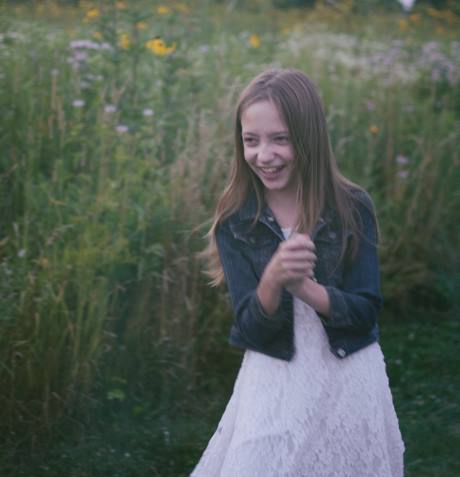 Something that Megan and I did every year or two was get family photos taken.  While we had thousands of “candid” pictures, taken from our phones or old point-and-shoot devices, we were never posed, and neither of us were exactly professional photographers.  We would make the appointment, pack up a few various pieces of clothing, and head to JCPenney for an hour or so of awkward positions and goofy smiles, followed by standing in a department store looking through each and every shot, choosing the six best, and deciding on a package.  The photos are done well, and I like them, but the experience of producing them was not exactly the most enjoyable memory. If we could have had them without all of the other hassle (and money), they would have been perfect.

We still have some of those photos hanging on our walls.  Shelby truly lives up to her “Peanut” nickname in most of them…being about 2 feet tall and 25 pounds at the largest.  (for the record, I too have added about 30 pounds since then, so the “growing together” has a literal meaning). The memory of her simply being that size is the most enjoyable to me.

Megan has a beautiful smile in all of them.  She was, simply put, photogenic, and she knew how to apply a good “picture smile”.  For Shelby and I’s part, we did our best to smirk.

Fast forward 6 years.  Shelby and I have gained our respective 30 pounds, Megan has been gone for almost 4 years, and I haven’t been in a “portrait studio” that also sells purses, appliances, and “fragrance blends” for over half a decade.  Sarah, as most know, is an artist and photographer. Monetarily, it wouldn’t make sense to pay someone else for photos that her camera could capture just as well. The experience itself also isn’t something we would be talking about for years to come.

And I prefer it that way.  The photos I truly love are those that are captured organically.  I don’t ever look at our family portraits of Megan, Shelby, and I and think “wow, that was so much fun, lying on the floor atop a photo backdrop in a mall”.  I look at the simple shot taken from my cell phone of Megan and Shelby holding baby goats, smiling ear to ear, and its priceless to me. The quick snap of Shelby and I riding a horse (at Drew’s parents ranch, no less), edited into black and white, and printed at home on standard copy paper is truly worth more to me than anything a studio could produce.

Photos in beautiful places and capturing memorable events aren’t “forced”.  The happiness conveyed in them is real. This is not to say that I wasn’t happy when we were having our portraits taken, but the smiles were put on like make-up.

Sarah is eminently talented at capturing true, raw emotion in her photography, whether it is posed or candid.  She is prolific, whether she has a phone or a $1000 camera in her hand.  As a part of our family, our “portraits” are captured almost daily. Much of her photography has been self-portraits, or arranged, still life style art.  She has not performed a large amount of deliberate, posed shots with a model or a person other than her own self.

This past week, however, she decided to take Shelby to one of her favorite places in the area to specifically shoot photos of her.  It’s a large local park that surrounds a native prairie full of wildflowers and one that has beautiful light and sunsets. I tagged along. I’m always up for a walk in a park, but I knew that this was something the two of them would enjoy together.

Shelby, for her part, also has an eye for photos, and she is truly interested and enthusiastic about being a part of Sarah’s art.  She’d been asking to have Sarah take photos of her for awhile now.

We arrived, walked into the fields, and they began the procedure of shooting.  I milled around, looking at birds and interesting plants, and intermittently watching them in their various poses and angles.  I soon grew ornery, as I tend to do, and started making faces behind Sarah, or tickling her with the feathery ends of grass seed heads.

Sarah powered through my pestering, and continued shooting Shelby.  Shelby began by smiling, then grinning, then full-on belly laughs. The shutter continued to click.  She tried her hardest to NOT smile for some of the photos, and I, in turn, escalated, trying my hardest to make her smile.

The moments Sarah captured, both before, and after my goofiness occurred, have already become some of my favorite pictures of Shelby.  She’s beautifully adorned in the clothes she chose for her own self-portraits, some subdued and looking quietly content, others where she is inquisitive and surroundings, and some where she is just…happy.

Those happy shots are where I see the most Megan in her.  They’re the moments when I feel Megan herself is present with the three of us, smiling and laughing just as large. It’s when she’s simultaneously being annoyed by me screwing up a photo, but also appreciating the fact that it made Shelby smile.  That spirit evidently possesses Sarah as well.

Any single one of the photos that were taken will bring a happy memory to all of us.  It may be a memory of the flowers, or just the place in general. It might be a memory of my dancing around and tickling them.  I’ll certainly always see Megan in that hearty, open-mouthed smile that Shelby has when she is giggling at her old-man. Sarah will remember “working” with her family in her art, in a place that she alone discovered and fell in love with.

Ultimately, to me, those photos will be a memory of the four of us sharing a happy moment, even if only one of us is physically pictured.