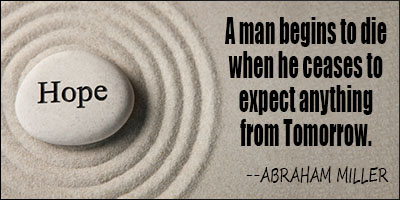 I’ve reached somewhat of an odd stage in my journey over the past few weeks.  I’m having some significant anniversaries coming up, but they are not events that would normally have been celebrated.  The month of June has been surprisingly significant to me, and it wasn’t something i could have planned for or expected.

June 2014 was when reality hit, and Megan started dying.  I took her to the emergency room on June 8th.  She was intubated on the 9th, and given a tracheotomy on the 12th.  She was listed on the 14th, and taken off of full sedation on the 19th, allowing us to interact, if only slightly.  I know all these dates because I sent her a daily email from the 9th forward, summarizing the events of that day.  It would be almost 6 months before she ultimately could fight no longer.

Her birthday will be coming up soon, followed by what would have been our 10th anniversary in August.  Those two dates don’t seem to be bringing the anxiety on that the early events like Christmas or the date of her first transplant did.  It’s this particular month, where I hadn’t even thought about the dates beforehand that has blindsided me a little.  I really hadn’t even considered that it’s been a year since the last time she was home, until the 8th rolled around.

This gave me cause to go back to those emails and read over them.  These functioned as a sort of log of the day to day occurrences, so when she finally got her transplant, we could happily look back on them and remember how shitty that whole ordeal was and be glad it was over with.  One might think that these would be hard to look back on, but I’m finding just the opposite.  It’s oddly nice to see how optimistic we were at first in the face of incredibly dire circumstances.  For at least 4 weeks, I didn’t even hear her voice, if she was even awake while we sat at her bedside, but both of us were still optimistic.

This is where the long-term illness and the (almost) sudden loss worlds collide for me.  In my email sent items.  If you were to read each of those daily logs, you would see 5 months of optimism, as if there was nothing wrong and this was just a bump in the road, followed by about a week of horrified ramblings about how I didn’t want to lose her.  This is all capped by clinical, emotionless determination to just get affairs in order.

What I can gain from all this is perspective.  I always knew that Megan was going to die long before me, but it was still never apparent as to when.  We were still talking about vacations and home improvements to be done “when she was home” or “next year”.  Looking back on these emails, it was this attitude and outlook that got ME through it.  If I had any fear whatsoever that she was going to die, I would have been a total wreck.

I don’t know if this was Megan’s lesson to teach me, or if it’s just something I picked up on my own.  What I do know is that these anniversaries, and the memories they have caused me to reflect back on have shown me how powerful optimism can be in the face of despair.  I was generally a pessimist BEFORE she was sick, and I know it was something that frustrated her.  Once her final journey started, a year ago, I began to change into an optimist, and oddly, it has persisted since her death, allowing me to heal, live, and love without any fear of the future, but only high hopes and expectations.