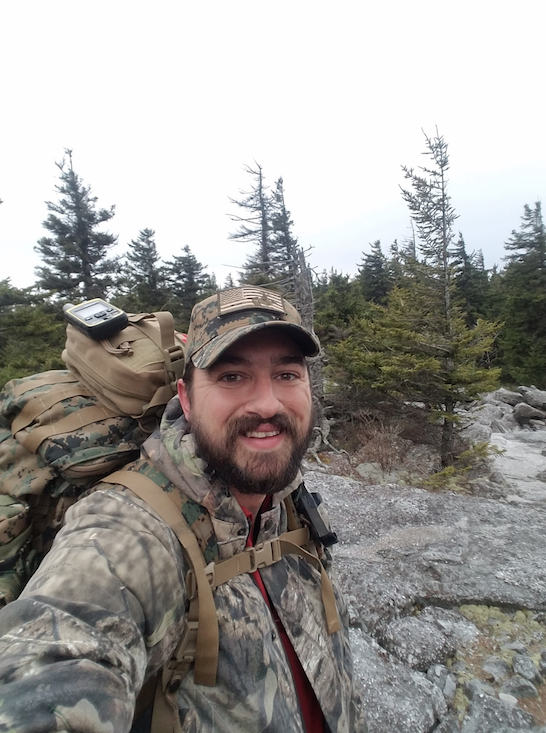 It’s 2017.  This is the 35th time that my body has traveled around the sun on this little rock called earth.  In those 35 trips, I’ve been witness and participant to milestones of education and career, love and marriage, childbirth and parenting, sickness, and death.  I’ve seen friendships both grow and wither.  I’ve evolved from a curious child, to an outgoing teenager, then a determined Marine, followed by a devoted husband and father, on through to a caretaker, and then…a widower.  I volunteered my twenties and early thirties to the life of a woman that I knew would not be with me to old age.  We created a beautiful child that anyone would be proud to call their own.

Two years ago, on the first day of 2015, that life had abruptly come to an end.  I was no longer a husband, but rather, a widower.  My years of education and youthful curiosity were far behind me, a relic of my adolescence.  I was beyond the pride that came with earning the title of Marine, for my country deemed me too old to serve by that point.  My caretaking services, as sharpened and experienced as they were, were no longer needed in the advanced capacities they were capable of.

I doubted my abilities as a newly single father.  I did not know who I was, or what I had become, two years ago. I was quick to make uncharacteristic decisions.  I was so bewildered within the fog of grief and confusion that the new year not only lacked any resolutions, it also was bereft of coherent thought.  I simply could not be myself, or even attempt to become “myself”.  I wandered the internet, occasionally reading articles on grief in between mindless YouTube marathons.  I was in one of those wanderings that I came across a description of Camp Widow, complete with a link to register to attend.  A month later, as I sat down in Tampa Florida, I met another widow named Sarah.

I was still confused as to who I was.  I still doubted every rash decision I made for quite some time.  I began writing.  Sarah and I began talking daily.  I slowly regained a bit of a “sense-of-self”.  I was soon writing here, for Soaring Spirits, alongside Sarah.  Less than six months after my wife and the mother of our child took her last breath, I was sharing my story and self with the widowed world.  As Sarah and I fell in love, we also shared OUR stories, as a couple, with all the complexities that being widowed may bring.  Our burgeoning relationship was in the public eye for all to see.

I relished that, subconsciously.  It brought a sense of value, to have strangers interested in my life.  To know that there was at least one person that would read whatever tripe I spewed out on a given week, and they may have interpreted a lesson, metaphor, or anecdote into something that gave them hope, happiness, or even a sense of what NOT to do.

Through to New Year’s 2016, I was methodically becoming myself again.  Every week, it would become harder to write, not because I was not willing to share, but because I identified myself less as a “confused, unconfident widower”, and more as a “former Marine, father, boyfriend, and outdoorsman”.  I made a resolution last year, silently, to continue sharing my stories and anecdotes as a point of pride.  I still held the title of widower, and I always will, but it was no longer the ONLY person I was.

I wandered the past two years, mentally.  Every new experience was compared…it is only natural to do so.  There was heavy resistance in my mind to trying to recreate the past.  If I knew of a memorable experience that Megan and I had, I would suppress it and try something new, deeming it “not fair” to Sarah.

This revelation, as slowly as it developed, could not have come at a more appropriate time.  It is but a few days into the new year.  This is the time for goals and plans, also known as resolutions.  It is when many of us set out on paths, some that will lead us to greater things, some that will dead end.

I studied myself this past weekend.  I took another trip to the woods, alone, in winter, because I simply could not believe that the person I once was out there had vanished into the ether along with Megan.  After reality dashed my hopes earlier in December, I needed a second opinion.  Two nights in sub-freezing weather not only reinvigorated me, it showed me that who I was is still who I am.  It showed me that being a widower has absolutely nothing to do with the other aspects of “me”. It was a success, going it alone.  I didn’t feel like I needed Megan, or Shelby, or Sarah, or anyone else to make me feel like myself.

Thus, I have resolved to be myself in 2017.  I will be a father and boyfriend, which relies on others being present, yes, but I will also be out in nature more often.  It is who I am.  For me to be myself, I have realized, I need to be by myself.  I need to feel the cold penetrating to my bones, and have no one to turn to but myself for warmth.  I need to feel the aches of carrying a pack all day, and allow only a cold creek to be my soothing salve.  Instead of a night spent watching reality “stars” bicker, I will watch real stars flicker.  (NOTE: I realize the previous statement was corny…moving on.)

As the confusion of who I am has diminished, it has shown me that the man I was with Megan is more simply put,  “the man I was”.  I can still be a caretaker, provider, father, and loving boyfriend, as well as an outdoorsman.  Those roles and titles can be mutually exclusive of each other.  I needed to go on this trip last weekend to realize that the man I am with Sarah is still, just as simply, the man I am, regardless of whether or not she is present.