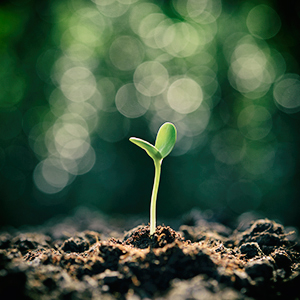 This past week has been a long one. Mike’s company got a big computer virus and since he is their only IT person, he’s been working nonstop to try and restore their entire system and get it back up and running, virus free. That has meant lots of long long hours working, much of it up at the office. I’ll admit his sudden absence after having been home 24/7 for the past few months definitely has the triggers talking. It’s as if the widow part of me is suddenly on high alert because a person is here less than normal and it doesn’t compute. It only knows to be worrying that this means death and pain are coming.

It’s nothing on an earth-shattering scale of course. I’m not having anxiety attacks or panicking that he’s going to die… but it’s still on my mind. And a bit more at the forefront of my mind than usual. I think it’s something good to share about because it’s one of those things that most people in my life never even know I go through. Eight years after losing my first fiance, most people think that having a second one means life has been reset. Nope. Instead, there are a hundred little moments woven into my new life with my new person that happen because of what I’ve been through before. Some good, some hard.

That means Mike being at work for long, long hours this past week and seeing him for maybe only an hour at the end of the night  triggers my brain. It means that doing some of the chores around the house this past week that he would normally do, like mowing the lawn, makes me think, “Well, at least if he dies, now I know I can mow the lawn. I’m that much more prepared!” Do non-widowed people think of those things when stuff like this comes up? I don’t know, maybe some do. I know I never did before I was widowed though. The tsunamis of emotion aren’t here hardly ever anymore… but still there are tremors.

To combat some of this stress for myself, I’m trying to slow down a bit. Spending time out in the garden planting things, and watching the birds and listening to the humming of the bees on the flowers. Watching things grow. Watching them weather the storms and the sun and the unknowns of each day as they make their way from tiny seedlings to strong plants. I think that’s why I find comfort in nature so much… despite whatever is thrown at it – scorching heat, blistering snow storms, wildfires, hurricanes and more – nature just keeps on coming. It just keeps growing through the hard stuff. And some of the hard stuff is even vital to its development. I think when I look at nature, I realize I’m somehow going to be okay too. Through all of it – through everything I’ve been through and whatever is yet to come that I don’t know about… if nature can keep on coming , then I can too.