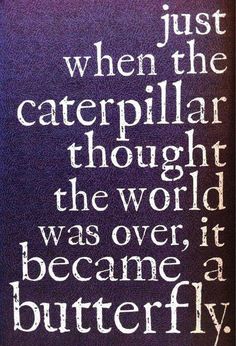 It has been an incredibly warm winter here in Ohio, one of the warmest on record.  Christmas came and went with not only a lack of snow, but mud and rain; something we are not entirely used to in the waning days of the year.  By no means is every Christmas white, but it is almost always cold.

I can remember the weather final few weeks of the year, and the first few of the next so vividly not because they fall around the holidays, but because on January 6th, 2011, I was pacing hurriedly around in the snow, trying to calm myself, as Megan received her double lung transplant.  It has been a day of happiness ever since.

To briefly cover her backstory, on New Year’s day that year, in the late evening, Megan shuffled out to our kitchen, and blew her nose.  Her lung collapsed.  At 9:30 PM, I was calling 911, waking up our daughter, and watching my wife be put onto a stretcher.  After an ambulance ride to the local hospital, and another to her primary hospital in Cleveland, she was stabilized.  We sighed in relief, and hunkered down for another one of her month-long hospital stays.

It was her doctor that noticed her acting strangely a day or two later, when Shelby was visiting.  Megan didn’t light up when she saw her peanut bounce into the room.  Something was gravely wrong.  I was called at work, and asked to get to the hospital as quickly as possible, as they were transferring Megan to the ICU, and planned to ventilate her.  She (and I) wanted nothing more than to talk to each other before that happened.

I didn’t make it on time.  She simply couldn’t breathe on her own any longer and they had to ventilate her.  I thought for sure, after watching her brother go the same way, that I had lost Megan.  That within a few days, I would be making funeral arrangements.

But, fortune was on our side, and within 8 hours, in the early morning, her doctor came to her bedside, and told us they had found a donor.  Fast forward to sunrise, and Megan was in surgery, while I paced excitedly outside on the parking deck in the cold Cleveland air, waiting to hear more.

Her surgery went well.  By 9 AM or so, she was in the recovery ICU, and I could go see her.  We did not know it until the surgery, but a cyst had burst on her lung on New Year’s day., Had they not performed the surgery when they did, she would have been septic within 24 hours.

If you have ever seen someone that has just received a major surgery, you know that it is not the most appealing thing to the senses.  There are tubes, hoses, wires, IV’s, bags of various fluids both going into and coming out of the body, computer screens and machines making noises.  In that moment, Megan never looked more beautiful on this day…her new birthday.

That was the beginning of our new life together.  Within a few days, she was breathing on her own, more deeply than she had in years.  She was still frail, as is to be expected, but her energy and enthusiasm had skyrocketed.  By summer, we were hiking, working out, freely planning vacations and trips, and loving our renewed abilities to do whatever we pleased.  We were a “normal” family, for the first time in our relationship.

This brings me to today.  I would not be writing here if things had ended the way we had planned.  Just as the weather is totally different this year than in years past, so is Megan’s presence.  After a dream I had about Megan early last week, I have come to a realization.

This year may not be the winter I expected or even desired, but it has been warm, and it has its benefits.  I have to be thankful for this weather, because at least I get to experience it, while so many others that we have lost can not.

The outcome for Megan also is not what I expected or desired, but she received three additional years because of that transplant.  She got to experience, however briefly, what it was like to be healthy.

That is why January 6th will never be a sorrowful day for me.  It is significant in that it makes me think of Megan’s absence far more acutely, but it also makes me think of her presence…a presence she would not have had if it wasn’t for a cold, icy, January day five years ago.  Not each and every milestone or anniversary is sorrowful.  Many of those dates are dates I will always be thankful for, simply because we GOT to have them, in spite of her disease.

And for all the days since her death, I have, and will try my hardest to be thankful that I get to have that day.

I would like to close this post out by asking that any and everyone become an organ donor if possible.