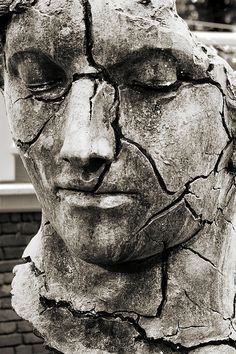 Two years ago today, Megan was admitted to the hospital for the final time.  Her rejection had already been diagnosed months before, and she was heading in for a yet another check-up and round of tests.  Her dad was going to take her to the appointment, I was going to head to work, and she would be back in the evening.

I carried her to the car that morning.  She was too weak to even walk the 20 or so steps from our living room to his vehicle.  I loaded up her portable oxygen tanks, made sure she had extra tubing for them, a blanket on her lap, and kissed her goodbye.

That was the last time I would see her leave the house without me.

I went about my day at work after that.  Standard stuff, really.  Get to work, have a meeting or two, plug away at the monotony of IT, go to lunch, and so on.  After lunch though, I got a call from her dad.  Her rejection had seriously worsened, the tests were very stressful on her, and they had her sedated in the ICU.  If there was anything sudden about losing her, this was it.  I clarified everything with her father…that she wouldn’t be coming home tonight, that they had her on full-support with a ventilator, she wasn’t awake or even able to be awake, and I went directly to my boss to tell him I was leaving.

As I drove towards Cleveland, a little over an hour away, I tried not to picture what I was about to walk into.  I had seen it before, when she had her transplant, but that was with the knowledge that she was recovering, not degrading.  I didn’t know if I would ever speak with or even interact with her ever again this time.  Visions kept creeping in though, and by the time I arrived at the hospital, I was a wreck.  Actually navigating through the hospital corridors and arriving, I lost any hope of containing my emotions upon laying eyes on her.

I may have cried for an hour or more before a doctor arrived.  Nurses had been in and out, but it was a doctor I needed to speak with at that point.  She explained to me that the sedation and ventilator was a precaution for the time being until she could slowly be reawakened, but chances were that she would indeed need a tracheotomy and a long hospital stay.  We discussed her prospects for being listed for another transplant, what the next few days would hold, and what medications she was currently on.  I sat there the rest of the evening with her.  I contacted her friends and our family to let them know what was going on, and made sure that if her sedation wore off at all, I called the nurses over for guidance.  I flipped back into the “caretaker” mode that I had been in for so many years before, but I was gathering as much help as I could, because this particular situation was completely foreign to me.

That was honestly the first time that I actually admitted to myself that I needed help.  I had always accepted others’ assistance and help, but I was too stubborn and prideful to feel I actually NEEDED it.  I only needed Megan and I, with Shelby as an additional reason, or so I thought. I wanted to see the nurses every 10 minutes.  I wished I could have the doctor on speed dial.  I felt completely alone and powerless to fix any part of the situation.  Hell, I couldn’t even go get her an apple juice from the shared refrigerator, because she couldn’t eat or drink.   All I could do was rely on a team of doctors, nurses, friends and family to be there for not only Megan, but also myself.

As the night wore on, they lowered Megan’s sedation enough that she could open her eyes and nod responses, in between rounds of heavy sleep.  This alone felt like a huge triumph, and after she fell asleep again, I immediately started making phone calls.  I went to the cafeteria, leaving her side for the first time in 12 hours or so, and got a snack, of course buying her a few things without considering that she couldn’t even enjoy them.  I was so filled with hope that it clouded my judgment.  Not necessarily in a destructive way, but cloudy nonetheless.

I spent the next day watching for the little flutters of her eyelids that would signal I may get 5 more minutes of groggy interaction, followed by two hours of deep sleep and nurses checking in.  My excitement at seeing her on the “brink of death”, but slowly coming out of it was such that I didn’t eat or sleep, for fear of missing out on the next step in the recovery process.

I was still learning at that time that not only did I not need to do this alone, but in fact, I couldn’t.  I needed those nurses and doctors and parents and friends.  WE needed them.  As time wore on, and the roller coaster of her final 6 months with us wore on, I subconsciously changed into a person that could both accept help, and in fact, seek it out.

It’s why I went to a counselor after her death.  It’s why Shelby spent quite a bit of time with grandparents in that first month or so.  It’s why I went to Camp Widow.  When Megan was around, I would have never even fathomed looking for outside assistance like that.  Unfortunately, it took her death to make me realize that I am not invincible.  Far from it, actually.  As tough as losing Megan was, there was no way I was going to get through any of it by hermiting myself in my house and never looking outside.

Grief sucks, and it’s incredibly difficult to not just want to sit in it and rot.  Not only accepting, but actually soliciting outside help was, to me, the first step in moving forward.