At the behest of my new partner, I have started to read fiction again. The second of her recommendations is a book called “A Gentleman in Moscow.”

I am currently reading and enjoying it. Set in post revolutionary Russia, with lots of flashbacks to an earlier, more gilded age, the book is the story of a singular man—a count—who is placed under house arrest. He is imprisoned in a luxury hotel in Moscow and tells both tales of his youth and young adulthood as well as the customs, rules and etiquette of a man of his standing.

While intrigued by the story of this man, the plot seems to be non-existent so far. But, I am still enjoying the nature of the story and the writing itself. It’s one of those novels that seems to have a thread of a plot, but it has not been revealed in a way that clearly indicates what the intrigue will be.

So, while I find the characters and the story rich with depth and visual imagery, the storyline itself is difficult to understand, making it something I feel sometimes like I am enduring rather than enjoying.

But, there was a passage I read just a few short days ago, while I was in Kansas City spending a few days with my partner, that sticks out to me. The passage struck a chord as it described—in a familiar way—much of what many of us must feel as we approach anniversaries and significant dates on the calendar.

Right now, I am approaching the two year mark of Suzanne’s death. July and August are months filled with anniversaries, significant dates, and ominous reminders. In less than one month I will be celebrating what should have been our 25th anniversary; and in just two short weeks after that day: her two-year deathaversary. 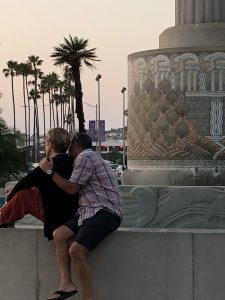 With many months of the last year spent self isolating due to CoVID and because I’m an introverted person, the passage I read was worthy of some thought. Since her death, I have counted the days, the weeks and the months spent alone (mostly). Now that I have been with someone new, I also count days between visits, being able to see each other in person.

But now as I reflect back on those harder days (the anniversaries, etc.)—and even as I have tried to be upbeat, positive about and enjoy this period of splendid isolation—I begin to wonder: Is what I have done worth celebrating? Is my spirit (and those of other widows and widowers) truly indomitable? What do you think?

Are you, my reader, married? Do you have a partner that lives and breathes? Are you reading this and thinking how lucky you are to have someone in your life to share your time with during a global pandemic and for anniversaries and birthdays? Because you are. If you’re another widow/widower like me, then maybe you feel differently. Perhaps you feel cheated, or worse?

Here is what the author wrote:
“But just as important, a careful accounting of days allows the isolated to note that another year of hardship has been endured; survived; bested. Whether they have found the strength to persevere through a tireless determination or some foolhardy optimism, those 365 hatch marks stand as proof of their indomitability. For after all, if attentiveness should be measured in minutes and discipline measured in hours, then indomitability must be measured in years. Or, if philosophical investigations are not to your taste, then let us simply agree that the wise man celebrates what he can.”

I believe we all have the capacity to celebrate the victory of indomitably passing another year. We have done it—through “foolhardy optimism” or through sheer determination of will. Regardless, the second year, 731 days and nights without her is rapidly approaching.

Year two has definitely been harder than year one was. I was in survivor—maybe even victim—mode in year one. In year two, I had to rediscover who and what I am as a person. That was hard. Finding my purpose, passion and my place in this world was harder. But I feel like I have all of that now—the knowledge and understanding of what I’m meant to do and how I’m meant to serve others. So those 300+ notches already etched into the calendar in this second year are reminding me to be grateful for the journey that I have taken and that has brought me to where I stand today. 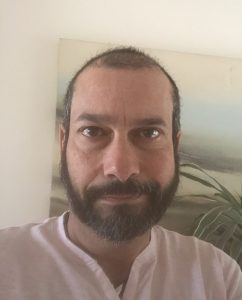 As I celebrate my indomitable spirit, knowing now that love, affection, and (distanced) companionship are still available—even to those of us who feel isolated during this pandemic—I move forward, exploring the possibilities and open to whatever the universe has in store for me next.