Over the last week, I have been hit by several large waves of grief. Quite frankly, it sucks. It has been a long time since I have felt like this.

First, I want to talk about triggers and what I think kicked it off for me, so starting with a bit of a rant here.

Maybe the trigger was the fact that many places are starting to reopen after sheltering in place for CoVID-19, and I fear we are about to revert to the type of “normal” we were experiencing prior to the pandemic. If so, then to me, this means we have missed an opportunity. Moreover, the bigger trigger to me is the lack of soul in this country. While there have been so many beautiful stories of people and communities coming together to care for each other, others have shown what I feel is contempt and selfish (and inappropriate) behavior despite how much love and care has been shown by many others.

Right now, I feel helpless. The feelings I have when I see a backlash movement (that has started in many parts of the country) is that this is indicative of the way too many Americans feel. It terrifies me that it has only arisen in this country—no other civilized country has experienced armed mobs on their city and state building steps demanding they reopen for the sake of the economy. And our leadership has failed to quell the backlash and these mobs are putting people at risk for the sake of the economy.

In my overactive, grief stricken, triggered mind, I hold our leaders accountable because each and every member of congress and executive has sworn an oath to protect and uphold the Constitution—which specifically states, “WE THE PEOPLE of the United States, in order to create more perfect union” and not, “We the economy of the United States…”.

Maybe I was triggered after I watched “After Life” with Ricky Gervais. If you haven’t seen it, I would recommend watching (it’s on Netflix). It will undoubtedly help you to understand the mind of a widower like me (although he does do and say things to people that I would never imagine myself doing or saying). 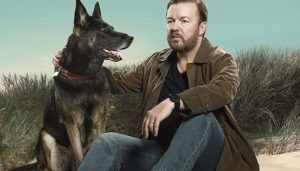 Ricky Gervais in After Life

Or, maybe it was watching the BBC Radio 1 Live Lounge (from home) version of the Foo Fighter’s “Times Like These” that was released last week. It is one of my all-time favorite songs, and this rendition brought me (and many others) to tears.

Maybe it was just good old-fashioned grief. I was missing Suzanne and I wanted her back. These thoughts and that sense of longing happens a great deal more than I usually acknowledge.

How did I feel? Frustrated, angry, fearful, longing, missing, empty, sad, abandoned, confused, depressed, devastated, disillusioned, distant and so many other things all at once…

It was almost embarrassing. Over these last few months, I have been far more energetic and fulfilled than I have been in a long time. This bout of grief felt like I was falling backwards.

I was frightened. It was hard for me to feel the feelings, and I was doing my best to avoid the pain. I did not want to be in that space. I no longer want that level of heartache and heartbreak. It’s almost unbearable pain.

So, I lay on the floor of my office last week and I cried. I shouted. I cursed. I told myself it was okay that I am not okay, but the feelings of guilt and the feelings of anger will not change my circumstances. 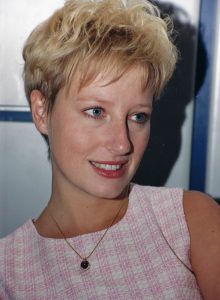 Suzanne, the day after we were married

While much of the time, I am and remain hopeful about my life and about us as a society, the triggers that drove me to feel the way I did last weekend were simply signals to me that things are not always going to work the way I hope. That there will be times when I will know bitterness and disappointment. I will feel like I let myself down (and others).

But the key thing is, I know I can do better and even if it’s a matter of taking a tiny baby step forward and seeing the positivity and being grateful for the tiniest of successes, then that is a start. Will I always be able to overcome these bouts of grief? To quote Brian Wilson, “God Only Knows. And God only knows what I will be without” Suzanne…