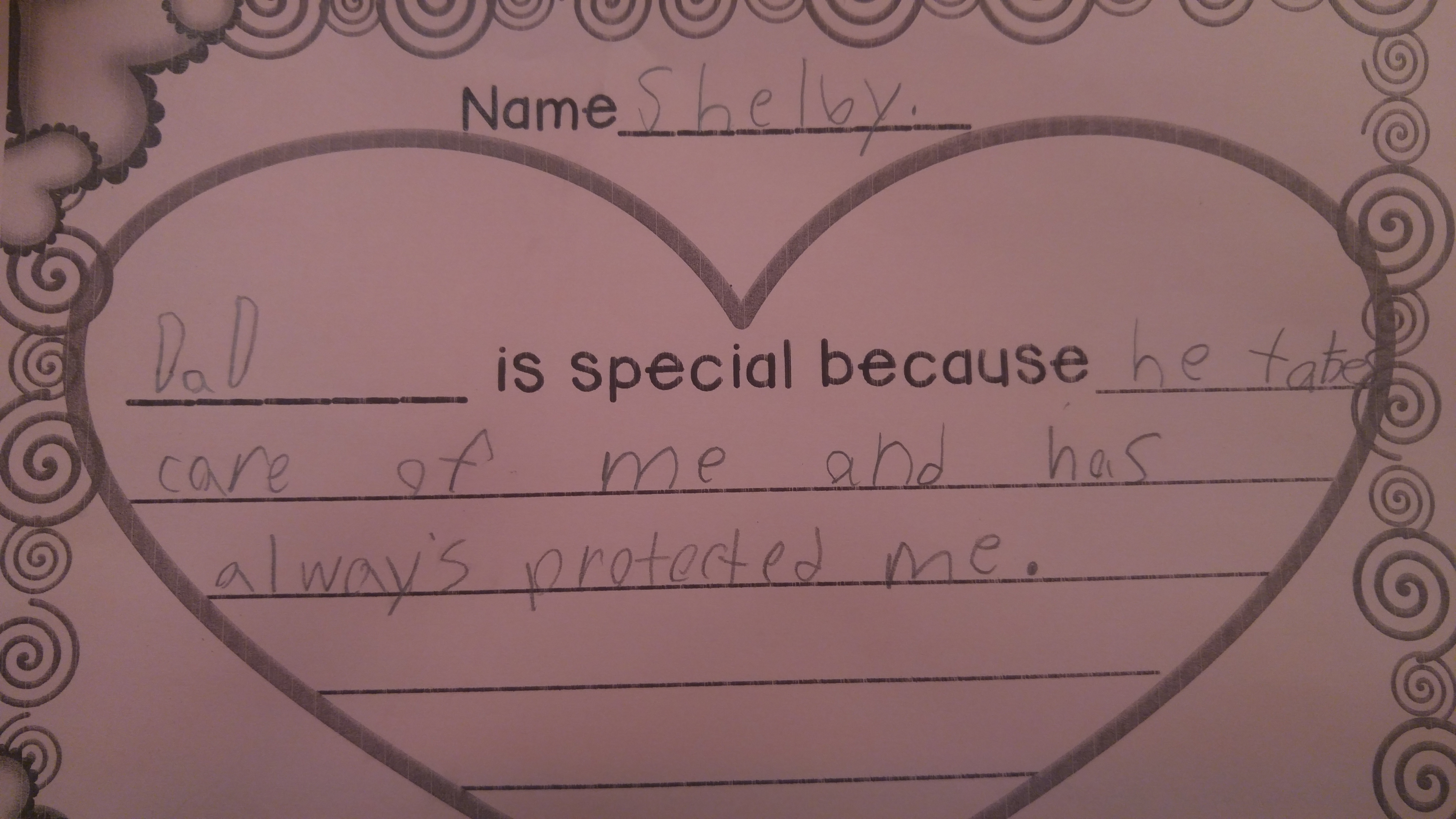 There was once a time when I assumed that Shelby would grow up more quickly than her peers.  Since she was born, she’s dealt with her mother being sick, going through major surgeries, and ultimately, dying.  That a sobering thought when you’re the parent of a little girl, who really just wants to go to school, play with her toys, and do fun things.  She would have to grow up fast.

She barely had the chance to be a “normal” girl.  Megan was only in a truly healthy state for about two years; the rest of the time was spent between hospitalizations and recovery from her transplant.  I cannot begin to describe how terrifying it must have been for Megan, knowing that she was going to be leaving Shelby to grow up without the only normal she had known.

I was ill-equipped to raise her alone…Megan knew it, and I knew it.  I haven’t the slightest idea which Disney princess is currently popular, or what the newest trend is in 8 year old fashion.  While I’m the one that can help her with her school work and take her hiking, I don’t have her friends parents’ names, let alone contact information.  I barely know her shoe size, and I’m still constantly trying to figure out what foods she likes today versus yesterday.

Braiding her hair only happens because I know how to make a rope…not because I’ve been doing my own since I was a teenager.

So, with her 9th birthday approaching last week, I was caught in a whirlwind of stress, just trying to make it happy for her.  Between reserving a venue, sending invites, and just trying to make sure she had a cake (which Sarah made, thank god), it was more than I had ever handled.

And so it goes for many of the things I have to take care of.  Doctor’s appointments, school functions, and invites for her to play with freinds are all things that I passively seem to avoid, because frankly, I’m scared.   I try my hardest, but I always feel like I’ve come up short in some way that Megan would have just breezed through and not batted an eye.  I’m scared that I will screw something up or otherwise not follow through on.  There is an innate fear in me that I am going to scar her for life by some action.

It is almost indescribable sometimes.  All I want for Shelby is for her to be a happy little girl, and later, young woman; nothing more.  Counterintuitively, I often try my hardest to protect and isolate her from the world, because it’s big and scary to ME.   She seems happy enough staying at home and watching TV or playing a game, so why rock the boat?  I will protect that little girl with my life, and if that means keeping her at home, it’s a win-win for me, because I want to stay at home too.

Then I see her playing with friends at her birthday party, and it all comes crashing down.  She’s nine years old now.  She wants to play with friends.  She wants to go do fun things, and not have her dad there, lording over every move.  She still needs me for caretaking and protection, but she doesn’t want her dad to be her best friend.  The last thing she wants or needs is to be raised in a bubble.

She simply wants her dad to be her dad.

I don’t know if the busy week we had last week was the trigger, or her birthday in general, but for the first time in the nine years she has been on this earth, I am saying “she is growing up way too fast”.  I used to love when she would do things for the first time, like making the honor roll, roller skating, flying on a plane, or swimming.  Now, those events are starting to terrify me even more.  I was proud of how she was growing up and trying new things, reading new books, and making new friends.  Now, those life events are viewed with less “awesome!  she’s growing up!” and more “she is further and further away from Megan”

I know it isn’t true, at least in the sense that she is further from Megan’s influence, but I still perceive it.  Shelby is the only thing I have left from Megan and I’s marriage with meaning.  I could give two shits about possessions, our house, or even pictures…I only need Shelby.  It is a selfish way of looking at things, but I don’t want her to grow up.  I want her to stay perpetually 8 years old, leaning on me for almost everything.  We planned a birthday party for her, being somewhat proud that we were even able to accomplish it, and she goes and has a great time on her own, with all of her friends, barely saying a word to me.

It isn’t Shelby’s job to entertain or thank me though.  She is supposed to be growing up, not worrying about her dad being scared that he isn’t doing right by her.  Who knows how Megan would have felt at this stage.  What I know is that her birthday party, however stressful it was for me, was a success in Shelby’s eyes.  She’ll never ask, and I’ll never tell her how much I dread her getting older.  I love her, and I want her to be happy, regardless of how tough it may be to watch her needing her father, AND her mother to a lesser extent.  I realize there will be many, many times in the future where she WILL need us, and the best I can do is be there for her.

My role in her life is slowly changing.  I’m actively seeing it at this point, and it is uncomfortable for me.  I have no choice to accept it though, for fear of driving her away as she hits the pre-teen and teenage years.  She is a smart, well-adjusted, and very well behaved girl.  I have to trust that my role is to encourage that to continue, rather than to mold it to fit my own perceptions.

Ultimately, Megan and I both wanted her to grow up.  Perhaps what we didn’t think about is that she is going to grow up on her own terms, not ours, and we have to watch and hope that we set her on the right path.

Happy 9th birthday peanut…can we slow it down a little?