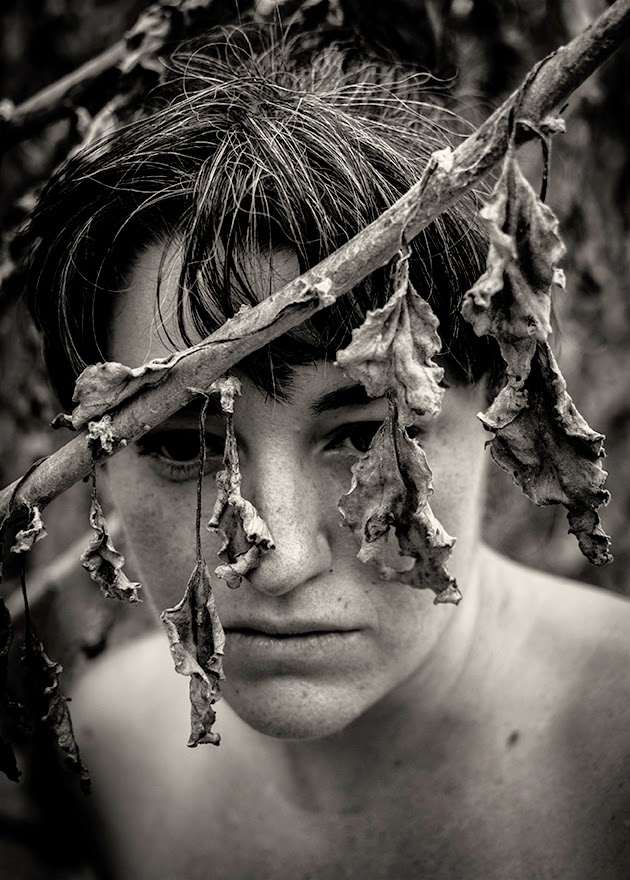 I thought this week I would share one of the images from my self portrait series and the story behind it. While I was out shooting on the beach for last week’s photograph – wandering the grassy, windswept dunes – I came across a peculiar sight. Every plant on the beach was bright green and vibrant with life that day. Rich olive green sea grasses and succulent fat-leaved emerald vines with ripe yellow flowers. There must have been an unseasonable amount of rain recently because everything was really blushing. You could feel it – like all of nature had just taken in a deep breath.

But then, right in the middle of it all, I noticed this one particular type of plant. They were large – towering over me by at least a few feet. And every single one of them, as far as my eyes could see, over each rolling dune down the beach, was dead. All of them. There was such an eerie metaphoric nature to it… these clusters of death pitted right down in the midst of so much life. It seemed almost deliberate. Certainly hard to miss when you are closely observing a landscape as I often am.

With mosquitos biting boldly at my ankles and arms, (I will remember to add insect repellant to my camera bag from now on!) I grabbed my gear and climbed into a thicket of these otherworldly dead plants to explore. The leaves were a silvery blue-green hue – like faded sage. I had no plan. No idea what I even wanted to capture. I just began shooting, trying different ways of interacting with this mesmerizing space.

It is images like this one that make me realize how important it is sometimes to let go of our plan and follow wherever our feelings and intuition guide us. To not be so alarmed if we do not have a plan, and to trust that one will unfold for us.

Out of all the variations I shot for this image, this is the one that spoke to me instantly. It is because of the personal meaning which began to come out of it for me as I sat with it in the days after shooting. Mostly, it is in the eyes. There is a very specific kind of darkness there – a hollow vacancy which takes me right back to the year of my fiance’s death.

It was June when he died. 2012. I recall by the time autumn arrived, there was so little energy left in me. After endless minutes and hours and days and weeks and months of fighting and cryin – of screaming desperate animal sounds into the air – there came a time when there was nothing left in me but to just sit and stare blankly. And so I did, many days, just sit outside on the back porch at the ranch and stare off into space. Broken. Hollow-eyed. Feeling the cavernous wind against my skin – which only seemed to endlessly whisper of how far away spring was. Or that spring, for “us”, was never coming back again.

I don’t know if others saw this expression externally in those early days or not, but I do know that this is what it felt like on the inside. Every moment of every day for a long time. Vacant. Lost. Staring into nothing. Searching. Without words.

When people looked at me from the other side of that barrier – it felt like all they could see about me was death too. As if I was nothing more than the remains of his death and a reminder to them of things they didn’t want to know intimately. With the exception of a few individuals, it felt like no one could see me.

Two and a half years later, the spring is beginning to come for me. Life is starting to be vibrant again. I am able to see the other parts of myself again, as are others, it feels. I am starting to actually love life again – which astounds me to even say. There is still a part of me standing in the thicket of his death though. I think there will always be. And I think there should always be a part of me that stands there. To me, it is the place that always serves to remind me of how glorious the rest of the landscape is that surrounds me in this “after” life. Because when I stop and look around, it really is still so glorious.