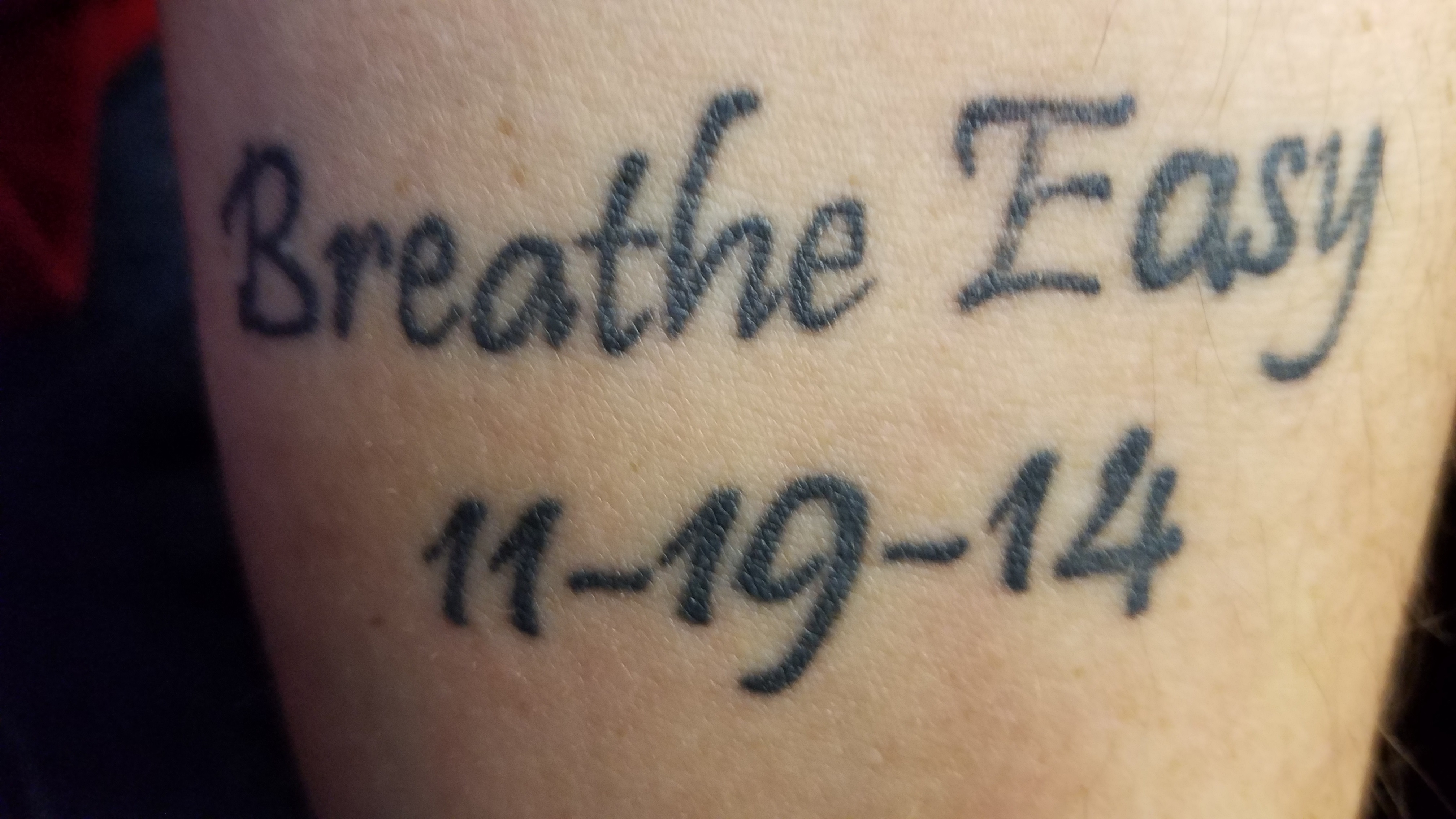 Saturday marked two years since Megan’s death.   I could sit down to write about how it was a horrible weekend, curling into the fetal position and crying more often than not.  I could note how the minute I woke up, a tightness seized in my chest and a chill shot through my body.  I could give an anecdote about walking through our dining room, where Megan’s ashes rest, and not being able to keep my composure.

I could write about all sorts of grief and emotion and mourning surfacing throughout the weekend that marked 730 days since she took her last breath.  But I won’t…because it didn’t.

In all respects, it was a pretty good weekend.  Shelby was staying at grandparents, so Sarah and I went to dinner and did some ice skating (in 70 degree weather, no less) on Friday.  I took a hike Saturday morning while Sarah stayed home to work on some things.  Upon my return, we went out to grab some lunch and do some running around.  By saturday evening, the winter’s first snowfall had arrived, and Sunday morning, there was a few inches beautifully blanketing the ground, so we took a drive through the nearby national and county parks.

We drove to my parents’ to retrieve Shelby in the afternoon, and received news that evening that Megan’s youngest brother would be expecting a child next summer.  All in all, it was a boring, yet contented weekend that I’m sure not too many of you are on the edge of your seats reading about.
We didn’t make the two year anniversary of Megan’s death a big deal.  Sarah and I toasted a beer to her Saturday evening, had a few moments of thought, and went about being homebodies. I’m not entirely sure if we’re “doing it right” in some people’s eyes, but I believe that the sharpness of November 19th is blunted by the fact that we’re ALWAYS talking and thinking about Megan in little ways.  The same goes for Drew.  The mourning is spread out and diluted over 365 days, rather than focusing on it for four or five “significant” days throughout the year.
We don’t ever hide the fact that they’re gone.  It’s not suppressed or something “we don’t want to talk about”.  Sarah, Shelby, and I are all (sometimes too much so) open with anyone that asks.  I will freely tell people I’m a widower, with a nine year old without so much as a batted eye.  I let people in on every gory detail of the process of her death over six months, and the years leading up to it if they express the slightest curiosity as to “what happened”.
It’s because of the openness and constant subconscious awareness that November 19th really is “just another day” in the grand scheme of things.  The date is tattooed on my arm for crying out loud.  Her presence (or lack thereof, rather) surrounds our day-to-day life in such a way that there isn’t any additional focus on her absence on the date of her death.  November 19th wasn’t a particular date that “I wish she was there for” or anything.
I mean, really, the last time she was present on November 19th turned out to be kind of a crappy day.
Christmas, Shelby’s birthday, weddings, big news from friends and family.  Those are the types of dates that I miss Megan most, because they’re times that she “missed out on”.  .  Death dates are something to note and honor in some little way (such as a toast), but not something to dwell on.  Her brother’s impending child is a huge deal, and when we heard the news, Sunday night, the first thing that popped into my head was how Megan would be reacting.
But that made me happy, because I was simply creating the scene as if she was there, smiling, doing a little “inhale scream”, and starting to plan a baby shower without even knowing a due date yet.  I could see her being happy for Shelby, who is now becoming the “elder stateswoman” of her generation of the family, with two younger cousins, and a third now on the way.  Yes, there was a moment of mourning the fact that this was all fantasy, followed by happiness that Shelby is a damned fine representative in Megan’s absence.
Day-to-day, there are constant moments like this.  So much so that it has become instinct in any situation or event to flash a thought of Megan’s reaction, wish she was there, then move on to reacting in my own right.  It makes days like the anniversary of her death no different, because even then, I can see her reaction as if she watched her own body cease to operate.
She would coyly smile, say “well that was fun guys, but I’m out” somehow produce a microphone, and drop it as she went to visit her brother.
With that all said…here’s to you, Megan.  Thank you for being who you were and are.  You had a great run, and we all still miss you, but your memory still makes us smile in some way every day.  Shelby and I love you.