The original title of this post was going to be awakening. But the real thing I felt compelled to write about was acceptance. It was an awakening of sorts that led me to the point of acceptance, so in some respects, this post is still about that concept.

When I write about awakening, I am not talking about either the literal sense or the religious/spiritual sense. Well, not exactly, anyway.

My awakening was the rationalization that Suzanne was truly gone. It didn’t actually take very long after she died. In fact, I woke up, bolt upright, in the middle of the night around a month after she died and had that sudden overwhelm of emotion and knowing that she was never, ever coming back.

It was in that moment that I realized that she was truly gone. She hadn’t just “slipped into the next room” or “gone away and would be right back.”

No. I was fully conscious of the fact that she had died. 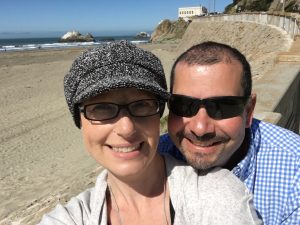 I spent a couple of days in Ojai around a week or so before this happened. It’s worth mentioning that I went to spend a couple of days with a meditation guide (I hate to use the word Guru, but that’s basically what this guy was).

For at least 16-months leading up to Suzi’s death, we had gone to sleep nearly every single night listening to a nighttime/bedtime meditation by a guy named David Wagner. When Suzanne died, instinctively I reached out to him to see if he could help me with my grief.

Working with David for a couple of days was difficult but rewarding. It started me on the path that would lead me to where I am now. Mostly healed. Mostly happy. Mostly alive.

The key was dealing with the real trauma I had kept during the whole 10-week period from Suzi’s third diagnosis to when she died. It was the longest two-and-a-half months I have ever lived. And I would take them all back again and again just to have Suzanne here with me now.

But that was also part of the work I did with David. Understanding that it doesn’t work that way: that we can’t have back the time, the person, the life, the love. It’s all in the past.

The whole idea of awakening to this realization was scary as hell. It ripped me apart inside. I couldn’t accept that Suzanne had died.

Recently, I started to see someone new. She is an amazing person. She is also a widow and she has had a lot more time to deal with her grief than I have, but the words she told me someone once told her about her late husband rang very true for me, too. “Suzanne dying was none of my business.”

It’s true. For whatever reason in this great big, monster of a universe, Suzanne had to go and die at 47-years old. Keith Richards is still walking around, smoking, drinking and doing drugs like there’s no tomorrow, but my healthy (except for the f***ing cancer), fit, young, vibrant, happy wife had to die.

There’s no sense to make of it, so it’s really none of my business when it comes down to it. And understanding that is to truly accept that we don’t really have—or even need to have—all the answers. In fact, we are probably much better off without them.

The two hardest things I have had to do since Suzanne died are accept that she is gone and never coming back and let go of the attachment I had to the “ideal” life we were supposed to live together.

By doing both, accepting her death and letting go of the attachments, I have found my life has become much simpler and I have been much less anxious, angry, fearful and many other overwhelming emotions that used to wear me down.

In my recent e-Book that I published, I wrote about mindset and something called metacognition. This is the concept of thinking about thinking. In the weeks and months following Suzanne’s death, I was overthinking. I was in my head too much.

When I chose to think about how I was thinking, to use metacognition, I started to shift the thoughts I had. It did not and does not change the way I feel; nor does it undervalue the love I have had and always will have for Suzanne, but it has made me think differently. 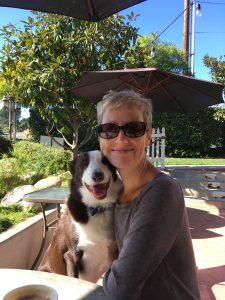 My journey has been difficult. It has taken me months to reach this point, and I still lapse and find myself in a pit of despair on occasion. But I have accepted that too. It’s part if this journey as much as the awakening to new love.

I am grateful that I have found a new partner with a similar experience, as it binds us together in a relationship where there is no jealousy about the fact that we both love our deceased spouses. In fact, I find it so much less effort with my new person because she has that love for her late husband, and she understands my love for Suzanne.

This has helped us both to accept who and where we are in our lives, move forward with an openness and honesty that allows us to honor our late spouses but makes room to accept new love for what it is—knowing full well that neither of us will be here forever and that we can simply enjoy the here and now together.

This is truly the gift of acceptance and of letting go. If we can accept what is and let go of what we think it should be, then we can be happy. We can continue to love and honor the person we lost, and we can be happy again.