A big hello to everyone here at Soaring Spirits and Widow’s Voice on my debut post. I’m incredibly honored and humbled to have been asked to join this team. I hope that we can help each other to feel heard, honored, and loved for exactly where we are in these years of tears. I’ve been a writer all my life in some form, but this is the first time I’ve ever written anywhere but my own pages. It means a great deal to me. So I thank you for reading! With that said, I will begin…

Last year, I was supposed to be standing at the altar – marrying my best friend. Instead, I was standing at that altar trying to tell a church full of loved ones who this man was in my life and what he had meant to me. Striving to articulate the sheer magnitude of this person was like trying to hold the all the world’s oceans in my hands – an impossible task to ever fully contain him… and not something a twenty-nine year old woman should ever be faced with, or anyone for that matter. But there we were.

Drew and I met in Dallas in the fall of 2008. He was in flight school working toward his dream to be a commercial helicopter pilot. I was a web designer at the headquarters for a global fashion company. He was analytical, I was creative. He liked guns, flying, beer and war movies. I liked art, beauty, nature, writing… I was terrified of guns and hated war movies. On the surface, it sure seemed like we couldn’t be more different, but underneath all that we shared deep passion and curiosity for life and a seriously goofy sense of humor. We both loved to learn, laugh and explore almost anything. I’d say that’s a pretty good basis for the start of something awesome.

We became best friends over the course of the next year and in June of 2009, we started dating. As it turns out, all those differences are incredibly fun when you have two really curious people who love to explore anything new. He taught me how to shoot guns, build fires, and fly planes on the simulator. I taught him about design and how to look for beauty and art in everything around you. He introduced me to delicious dark beers and aerodynamics, to camping and Texas country music, and I took him to art museums and festivals and exposed him to incredible art he’d have never otherwise seen. There was skydiving, parasailing, hot air ballooning, race car driving and so much more. I was his first flight student – letting him practice his lesson plans each night with me while he worked toward his flight instructor certification. And of course.. he took me up for a few helicopter rides. These are by far some of the most special memories – watching him in his element – living his passion and sharing it with me. The war movies though… I never got on board there!

It wasn’t always clear skies of course, but for 3 years, we built something strong and good together. There was always, above all else, an unspoken agreement from the beginning that we would be kind with each other’s hearts. Neither of us had had a particularly sugar-coated life thus far, so we had our insecurities and issues. But somehow together, we never clashed. Instead we learned how to help each other to become more aware, heal some of the past, and choose new and better ways to cope with life’s challenges. I have often said that it was as if I could see the little boy in him, the one that was good and pure and hadn’t been hurt or made insecure by the world yet… and he could see that little girl in me, too. It was as though we grabbed the very core of each other and pulled it right to the surface where it could breathe. Together, we were more who we were always supposed to have been. 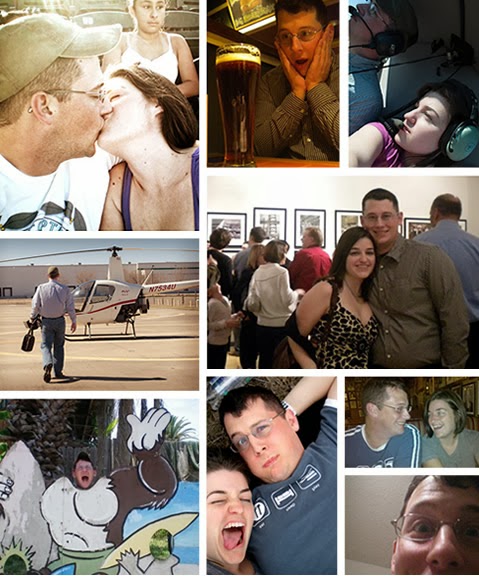 It’s amazing to look back and see how much impact just one person could have on my life in just three short years together. On any given day, I can look at myself and see a whole list of things about me that feel as though they’ve always been there… but they haven’t. They were the things he brought out, the things he exposed me to and shared with me and taught me, the parts of myself that he saw and encouraged that no one ever had before. I cannot hardly imagine who I was before I met him. Before beer and western boots. Before a passion for flight, which he passed on to me. Before the camera he got me on my 27th birthday – and my love affair with photography that is still going strong today. Who was I then? Surely me, but so much more myself because of him.

And then of course, it all ended. And everything… as you well know, changed. I changed. And that part, my newfound friends, is a story for next week.