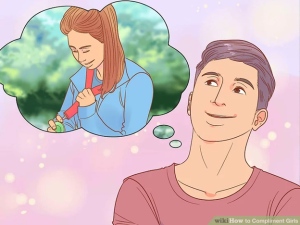 I met Robyn on one of those dating sites. She was not the first woman I dated after Lee died. We hit things off instantly, though initially I would not have been able to explain to you why this was the case.

The truth is, we don’t have as much in common as you might imagine. For example, Robyn is a suburbanite, for whom certain aspects of city life are still uncomfortable, if not downright intimidating. I am 100% big city. Boring suburban sameness makes me yawn.

Robyn likes dark meat; she loves spicy or hot foods; she falls asleep with the TV on in her bedroom (or so I am told). Meanwhile, I am highly partial to white meat, detest spicy dishes that burn my tongue or cause acid reflux, and sleep best under sensory deprivation tank-like conditions.

Robyn has both adult children and grandkids. I have none and none.

She still works full time. These days, I am what you could charitably say is semi-retired.

Robyn adheres to religious traditions (but is not particularly religious). I am an unrepentant Sunday school dropout.

Robyn enjoys dressing up; she is always fashionable and looking her best! My fashion tastes run toward North Face gear and flannel. If my hair is messy, I might wear a hat. I might not.

You get the idea.

***
Nonetheless, we now have been “going steady” some months. Out zesty relationship features a lot of laughter and an abundant supply of electricity. In time it has occurred to me that the most important common ingredient is that we are both extremely young at heart, certainly, much younger than our documented chronological ages. This common character trait makes it easy to look past the aforementioned surface differences.

***
In February I will be attending the wedding of the oldest son of two of my oldest and dearest friends. The bride and groom, two young Hollywood swells, have decided to exchange vows in the high-end destination resort town of Palm Springs. I considered bringing Robyn but decided this would be a frivolous waste of precious and limited resources. Except for me, she would not know a single person in attendance.

Instead, while I am attending this wedding in Palm Springs, Robyn will travel separately to Los Angeles, where she has a son. Robyn and I will meet up on the back end of the wedding, then journey on together from L.A. to Hawaii!

Making the numerous and carefully coordinated travel arrangements was a challenge, to be sure, but as of last week, we had aligned the stars and put the myriad puzzle pieces into their proper places. Indeed, I had even upgraded our flights between L.A. and the islands, so that, for a little more money, we managed to snag sought after bulkhead seats for each of our two 6-plus hour flights. I paid an additional premium to rent a cozy and private stand-alone cottage located a short distance from the Pacific Ocean and within earshot of its crashing waves. Not quite Burt Lancaster and Deborah Kerr frolicking on the sand ala “From Here to Eternity,” perhaps, but not too shabby. Better still, our trip coincidentally is set to fall on Valentine’s Day 2022, almost exactly one year to the day from the day that Robyn and I met. What possibly could be more romantic?

***
The first threat to paradise came quickly in the form of an American Airlines email announcing the cancellation of our scheduled flight home from L.A. In fact, I never received the courtesy email that Robyn got notifying her that our return flight was canceled. Except for her mentioning it to me, I would still be unaware that we could have ended up being stranded at LAX in the middle of the night. To add insult to injury, American arbitrarily assigned us a substitute return flight, which, almost needless to say, is set for takeoff from L.A. while we will be mid-flight enroute to L.A. from Hawaii. 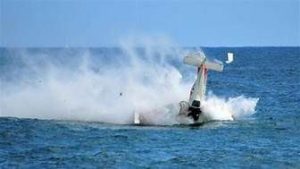 And so began my nightmare dialogues with a host of “customer service” representatives for the popular website we used to make our travel arrangements. In fact, these dialogues did not formally commence until after I had to spend roughly 90-minutes waiting in the telephone queue for a representative to get around to me.

It was nearly 10:30 p.m. and I was getting sleepy. I was about ready to give up and call it a night when I heard the voice.

A customer representative with a foreign sounding first name spoke passable English with a thick accent, but talked too quickly for my ear and brain to grasp his every word. Several times I had to remind him to slow down or to repeat something. Several times without warning he put me on long holds. During each such pause I half-expected the call to drop without accomplishing a thing. The mere thought of having to start over heightened my anxiety over the fact that we currently had no way home at the end of a long trip. If this booking process seemed laborious and slow moving perhaps it was just my nervousness holding forth as I awaited better news.

Now, please keep in mind that from time to time in my life people unfairly have accused me of lacking patience. While waiting, I promised myself that it would not be the case on this night.

After roughly 45 minutes my patience was rewarded when he came back on the line to announce that he had located two possible return flights for us: one departing early morning, which meant that we would have to stay overnight at LAX; the other flight, set to depart the following afternoon, meant we would need to get a hotel room and ground transportation, but also meant that Lola the pup would have to spend an extra night in a kennel back home for an additional cost to me of $40 or $50. Overall, I felt relieved, thinking, well, things could have gone worse.

Unfortunately, they did the moment I asked my rep to assist us with booking a room for the extended overnight stay in Los Angeles. He politely explained that he could not provide such assistance, as this was the bailiwick and sole province of a different section of customer service tasked with hotel bookings. He cheerfully offered to forward my call to the “right person.” And before I could even utter the word, “wait!!,” I was back in the phone queue, waiting.

At this moment I did not fully appreciate that my customer service experience had been as good as it was ever going to get. And despite my promise to exercise patience and self-control, with each passing minute I admit that I could feel an internal fuse burning down incrementally.

The next customer service rep was less conversant in English than my first. After a seemingly endless round of circular back and forth exchanges leading nowhere, she finally managed to convey to me that her job was limited to assisting customers with existing room bookings. Since I needed a fresh booking I would need to speak to a customer service representative in the new bookings section of the customer service department. It was back to the queue for me!

Based on previous trial and error, I was now familiar with the gauntlet of automated and vague telephone prompts a customer must run before getting connected to a living person. By this time, I could hit the correct response without even bothering to listen to the recorded prompts. And, despite already having had to repeat my 17-digit identification number multiple times, I had it handy, knowing it would be the first piece of information the next representative would ask me to provide.

What I did not expect, however, was that my next customer service representative would basically be unable to speak English at all. Furthermore, he seemed to be distracted. I could hear the voices of a woman and what sounded like numerous small children in the background. In my mind’s eye I visualized him standing in a crowded kitchen while his wife prepared the family meal. I could almost smell the food. I knew I was in trouble when he fixated on my hotel reservation for the Palm Springs wedding.

I would like to report to you that I politely thanked the gentleman for his assistance before ending our call, but, unfortunately, I can’t. Instead, as if possessed by the spirit of Pele, the Hawaiian volcano goddess, I erupted like Mount Kilauea. 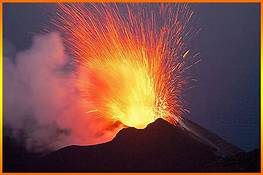 It was now nearly 1 a.m. and I was mentally drained. However, before heading off to bed, I sent Robyn a terse text message reporting the results of my remedial efforts. I do not recall my exact message, except for mentioning something about blowing my brains out in consequence of my just-concluded customer service experience.

In the morning I read her sympathetic response. Later, when we spoke, Robyn gently urged me not to let any such travel-related issues dampen what ought to be a beautiful holiday for us. Trouble in paradise? Certainly not on my watch, I promised her.