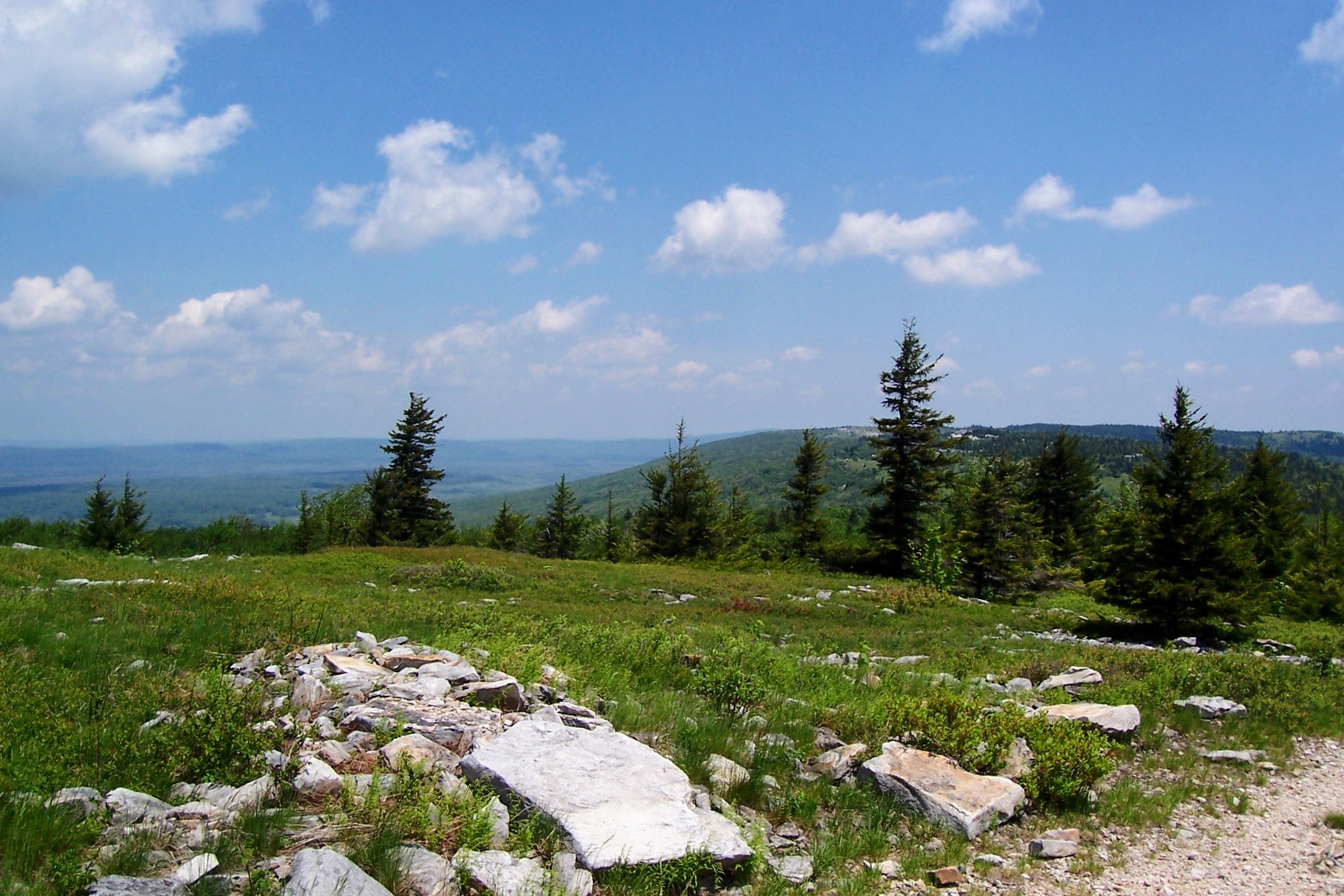 “I hear her voice in the morning hour, she calls me, the radio reminds me of my home far away.
And driving down the road I get a feeling that I should have been home yesterday, yesterday.
Country roads, take me home to the place I belong.
West Virginia, mountain mamma, take me home, country roads.” – John Denver

In the purest, most technical sense, West Virginia has never been my “home”.  I’ve never held residence there, nor anywhere closer than one-and-a-half hours from it’s most northern border.  I’ve passed through it countless times on trips elsewhere, always admiring its mountainous beauty.

However, I’ve spent many-a-night under the dark skies of the Dolly Sods Wilderness in West Virginia.  I’ve walked every inch of trail on that plateau, at 4000 feet, the highest in the east.  It was the first place I backpacked as a civilian, apprehensively leaving Megan at home, alone, for a long weekend.

Two years after her death, and I had finally mustered up the motivation and fortitude to wander off into that windswept spruce forest again.  For a few months now, I’ve been planning this trip, fantasizing about going back to the place I belong.  Winding up the dirt road leading to the trailheads on the eastern continental divide, where boulders and stunted spruce trees greet the sky.  Disappearing from civilization for even a few days, where i’m not a widower, caretaker, husband, father, or employee.  That scene was to happen this Friday, December 2nd.

It was to be my first “real” backpacking trip since Megan’s death, and it’s been crushed, as am I.

To make a long story short, due to the drought we experienced this summer and fall, there is a fire ban in place, that I just learned of on Monday.  This may seem trivial, but Dolly Sods rivals Mount Washington for the worst weather in the east.  When temperatures are in the upper 60’s in the surrounding valleys, it’s often below freezing up on the plateau.  Being able to have a fire to dry damp clothes and warm frostbitten digits is a real concern.  Not only that, but it is one of the most mind-clearing and relaxing parts of any trip I take.  I will spend 6 hours hiking, 1 hour eating, and the rest of my day and night is spent watching flames dance.  Effectively, not being able to have a fire is a deal-breaker for me.

So why don’t I just go somewhere else?  Somewhere new where fires are currently permitted?

That’s not the point.  The point was to go to my safe place.  To my home.  To the place that I belong.  This place, out of every square inch of the planet, is the place I needed to go.  I could hike to any spot there, blindfolded.  It’s familiar and quiets my mind, and at the same time, I am never more aware of my own mortality when there.

It’s accepting and unforgiving at the same time.  I have to be consistently aware of danger from sprains, hypothermia, disorientation, bears, and those dead tree limbs that are called “widow-makers”.  I don’t have time to think about life back in civilization.  I’m occupied by the task at hand, and the sheer beauty of the place.  You never feel more alive when you are constantly aware of the need to maintain that status.

To be honest, it’s not THAT dangerous.  It’s not as if I’m trekking across antarctica or walking barefoot through the Australian outback.  It’s not front-line combat.  Just the same, Dolly Sods demands respect.  It has mine.

For this trip, the planning that I had to do consisted much more of the technicalities of taking a day off of work and ensuring that I had a few extra safety measures in place to help ease Sarah into it.  I don’t have to worry about her health like I did Megan, but she has her own reasons to be apprehensive about me trekking off into an unfamiliar (to her) place with no cell service.  All of that planning was taken care of quickly.  Now, three days before my departure, when I was supposed to be doing simple packing and spending time with my family, I have two options.  I can either give up on the whole trip until next spring, when hopefully the fire-ban will have been lifted, or I can go elsewhere.

Sarah is encouraging me to go elsewhere.  To her credit, she knows I need to be in nature, alone, to feel “normal again”.  Regardless of any apprehension or triggers on her part, she is sacrificing her desires for mine, and I love her for that.  However, I’m now planning a trip into the unknown.  I still need the solitude and somewhat rough conditions to feel truly part of the natural world, but I have to figure out where I can do that.  It’s prematurely making me overthink safety, water, warmth, and camp conditions…things that I didn’t need to worry about prior to yesterday.  It has taken all of my mental capacity to even PLAN to go to Dolly Sods, and now that I have to throw in a new place, my brain is short circuiting.  I needed my first trip since Megan’s death to be something I could “ease back into” before exploring new areas.

The second, third times I leave for a weekend?  Sure, those can be anywhere and I will enjoy planning those trips.

But this first trip?  I needed to go someplace that I never had Megan in the first place, but that I always had myself.