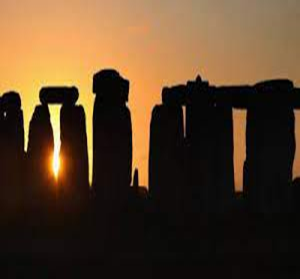 Winter solstice. The longest and shortest days of the year in the northern hemisphere. When I imagine the four seasons, I often will envision the face of a round clock, Summer representing the number twelve and Winter representing its opposite number, six.

June and December. Six and twelve on the clock. For me, the two most significant months in the year.

June marks the month of my marriage to Lee. I was Lee’s first and only husband. She was not my first, however, she was my December Bride. Our small but memorable wedding took place later life for us both. It was a joyous, feel-good event, that lasted until the wee hours. Lee and I were grateful to be able to celebrate with our families and our friends. Indeed, after having spent many good years together, our marriage was inevitable and welcome. Stress free. We eased into our married roles, certain, solid, completely comfortable with our decision. After two prior marriages, I finally understood the phrase, ‘til death do you part.”

June also marks my birthday month, which happens to fall on the same day that my mother was born. Throughout her life, my mother liked to regale me with the story of how she managed to squeeze me out just before the stroke of midnight. Contrary to my mother, I never believed this mere accident of birth possessed the slightest significance yet, for what it is worth, I will tell you that everyone in our family recognized that I was my mother’s favorite. What is undeniably true is that my mother and I were very much alike, and not always in the best ways. One consequence is that we had our fair share of explosive disputes, beginning with my childhood that continued into adulthood. However, when it came to outsiders, she was my greatest defender, to a fault, as I recall there were plenty of times when my conduct did not merit a defense.

For me, June marks the real end for Lee, notwithstanding that she managed to hang on a couple of days into the following month. It was right around the summer solstice when I fetched Lee home from a hospital to die after she had prodded her doctor to finally admit that she was going to lose her fight against cancer. I knew that doctor had underestimated Lee’s indomitable spirit. Lee did eventually make a conscious choice to surrender to death, of course, but this did not occur until she first had explored every previously unexplored avenue that might save her life. There is no reason to describe in detail here my impressions of Lee’s final days of life. The simple fact is that I will never fathom how she accepted her inevitable and quickly approaching death with such grace, dignity, courage, love, and genuine concern for the lives of others she would be leaving behind too soon.

Six o’clock, December, is the month in which my mother died. She did not live to witness my marriage to Lee, which occurred six months after mom’s death. At our wedding, I believe it was mom’s absence from his side that had caused my dad to blubber like a baby.  Years before, early on, soon after she met Lee, my mother accurately told me “that girl loves you.”

Importantly for Lee, her own father was still alive back then, although already greatly reduced by an assortment of serious ailments that felled him a few short months later. I know that  attending our wedding to “give away” his only daughter was a highlight of his life, and it provided Lee with moments of unspeakable joy. I can still clearly see the two of them together, fairly beaming. And I remember the honest happiness I felt as I watched Lee attend to her father with smiles and laughter.

After Lee’s dad died, my father would only have been too happy to fill the void in her life resulting from his absence. My own dad loved Lee dearly and she doted on him. Still, I never heard her call my father, “dad.” I am certain Lee’s omission in this regard was intentional, a choice driven by her love and respect for her own irreplaceable father. No offense meant to my dad, and none taken.

December marked the real end of life for my father, who nonetheless managed to hold on for a couple days into the first month of a new year. In fact, his death on January 2 is exactly six months from the date of Lee’s death.

Dad initially had strongly opposed the family’s efforts to move him out of the place that he had called home for more than fifty years. Finally, at the age of ninety-six he quietly acquiesced because he trusted us to act in his best interests. He might have sensed it was the right time for him to pull stakes. Thus, it is ironic that after only a couple of months, he fell while inside the safety of his newly acquired small apartment, located in the independent living wingt of a comfortable and well-appointed senior citizen facility. His fall occurred right around the date of the winter solstice.

Thereafter the end for dad was rapid. On his death certificate the official pronouncement is sepsis. We wondered whether he acquired this infection while a patient in the hospital. However, his attending doctors opined it was just as likely sepsis had caused him to fall in the first place, resulting in his hospitalization. But, really, after ninety-six good years of life, I thought, what difference does it make?

Summer solstice. Winter solstice. June and December, the opposing numbers on a round clock. I see on my calendar that it will be Memorial Day just a couple of days from now. For me, this holiday is my signal that the clock is about to strike midnight.