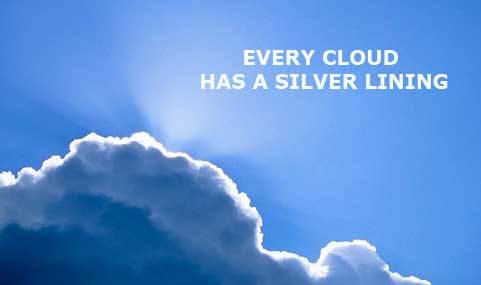 I’ve noted a shift in my overall attitude since Megan’s death.  I was somewhat of a pessimist in years past; always finding the bad news in any nugget of information that may have come my way.  Perhaps it was the shock of losing my wife that finally changed my outlook in everyday life.  I now take events or news with a different eye, one where I step back, and try to find the silver lining in anything.  It has made me a happier person overall, and it serves to suppress the stress of living in a way I had never thought possible.  While at first, this philosophy was a conscious effort, I’ve found that it has become habit, to where I no longer need to force myself to find a silver lining.

In my garage, there are three cars, one of which is my Mustang.  I’ve had it for 15 years now, since I was 19 years old.  I had it before I had even met Megan, and she would watch me spend countless hours, in the dead of winter, pulling parts off and replacing them.  We went to car shows, parades, and made untold amounts of new friends doing so.  We drove it on our honeymoon.  It irks me every day to walk past it, and know that it isn’t running.  It needs a new fuel pump, and probably some other items replaced.  It has sat, motionless, for two years now, and after having so many memories with it, I just don’t have the motivation to crawl under it and replace the broken fuel pump.

But at least it’s paid for and in good shape.  It doesn’t cost me anything to sit there, and for a few hundred dollars, I could, in a pinch, have it running again.  I own a car, a pretty nice one at that, and one that has actual sentimental value.  Not everyone can say that.

My job?  Well, that’s what it is…a job.  I go in every day, sit at my desk, and wait for vague phone calls to come in about printers being out of paper or computers that won’t turn on.  My coworkers aren’t very sociable, and many of them are just generally unhappy.  It’s mindless work, that I’ve done for years.  There isn’t any real creativity or critical thought that goes into it any longer.

But it pays well, and it’s very stable.  I don’t have to worry about losing my job or paying the bills.  There generally aren’t any surprises.  I’m good at my work, and I generally feel appreciated.  Someday, I’m going to leave the IT field, and do something, and this job can function as the springboard to do just that.

Sarah and I live 1400 miles apart.  We have to live separate lives, that don’t always go as mutually planned.  There are events, family obligations, anxious moments, and good times that we don’t get to share any more than via Skype or text.  Even when we plan to spend time together, often a wrench is thrown in where one or both of us has another commitment that we need to be a part of at that time.  We’re both widows, and sometimes, we just need one another to be there, physically, in a bad moment, and it’s impossible to do so.

But at least we understand and love each other, and we know that we will close the distance and have a wonderful future together.  Shelby adores her, and we still get to see each other at least once a month.  She’s healthy (which I am HUGELY thankful for), driven, and independent.  The distance only serves to reinforce those traits.

Shelby has lost her mother.  She is stuck with dear old dad here.  While I do my best to feed, clothe, entertain, and love her, there are just some braids that I don’t know how to do, and I’m not exactly experienced with the nail polish.  She has to go through the rest of her life without having her mother, the woman that doted so ferociously on her for 7 years of her youth.  Never again will she snuggle in bed on a cold winter night with Megan.

But at least she’s incredibly smart, happy, accepting, and well-adjusted, with no signs of any trauma in her past.  She’s made the honor roll, and is considered gifted in both math and reading.  I haven’t seen her cry in months.  She happily remembers the good times with Megan.  Vacations, events, weird things I did, and even making artwork for her while she was in the hospital.

Megan is gone.  She doesn’t get to be here with us to see the Mustang run again, or me finally get out of the rat race and do something I love, or to be happy for Sarah and I, or to see Shelby become the powerful, fierce woman that we all know she will be.  There will never come a time when she walks through the door of our home and has the dogs greet her with tails flying like they used to.  No more memories of taking Shelby to the amusement park or having a nice date with me.

Her birthday is this Friday, July 24th.  She never got to see this one, her 34th.  A few days later, we’ll be travelling to Myrtle Beach to spread her ashes.  She’ll never go back there either.  On August 6th, it would have been our 10th wedding anniversary.  A full decade.  Having that one extra digit on how long we had been married was so significant that we were going to renew our vows.  We didn’t make it.

But at least she isn’t sick.  At least she isn’t describing her daily respiration as “like breathing through a straw”.  At least the tattoo she had on her arm, the one that said “until my last breath” was honest.  No more stays in the hospital for weeks or months at a time, and no more waking up and literally coughing up bits of lung for 30 minutes.  She never has to worry about if her lungs are going to reject at any time.If I could have given those gifts to her for her birthday or anniversary, I would have.  In a sense, her death has actually lowered my stress over certain things. Because I am choosing to recognize the amount of stress we were under for over a decade together, and acknowledging that those particular stressors are no longer present.

At least she loved, and was loved, until the day she died, and beyond.  She has left one hell of a legacy.

If I didn’t try to find the silver lining in any stress in my life, I would be a much more cynical and introverted person.  I would still be wallowing in sadness and loneliness, feeling sorry for myself. Instead, I’ve chosen to be thankful for what I do have, instead of worrying about what I don’t.  While I identify as a widower in title, I will always strive to make that title a badge of honor in a weird way.  It’s what Megan would have wanted most for this birthday…to see her husband and daughter happy, healthy, and continuing on our journey, regardless of if she was here to witness it.

Happy birthday Megan.  I love you.