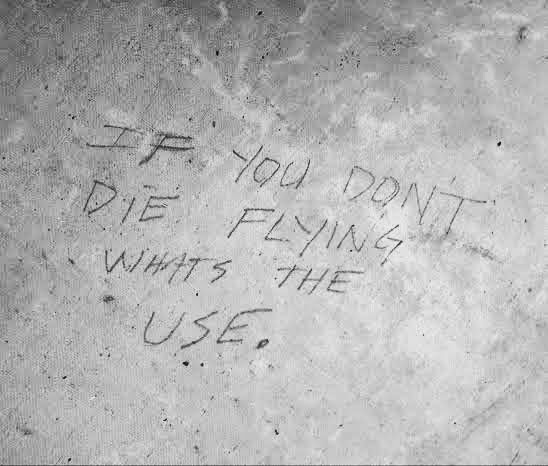 Since Drew was a helicopter pilot, helicopters and anything to do with flying are always the biggest signs I get from him. I even found a tiny toy helicopter in this shack on the island of Barbados last spring while vacationing there with his family. It had washed up on the beach and the guy collected it to sell in his shop. No joke!

And just a few months after he died, in the fall of 2012, I stumbled upon this artist’s creative business e-workshop that was called “Flying Lessons”. Drew was also a flight instructor, so it was all too obvious that he was telling me something. I signed up immediately. The Facebook group for the course truly carried me through those early months. Because of the theme of the class, all the women in the group would write cheesy encouragements to each other like “keep flying!” or “I’ll see you up in the clouds!”. It always made me smile, and confirmed he lead me there for a reason.

All things flight definitely seem to follow me around now, but it’s been a while since I’ve had any signs that made me stop in my tracks. Until yesterday…

I was tinkering away on a new sculpture at a local clay studio I just started working with. It was midday and pretty cold, so the place was empty. After about an hour, I took a break to take some process photos of my work, and as I framed the picture, I noticed something written on the worktable just a foot above where I was working. As I read it, I’m pretty sure my jaw dropped to the floor…

I was speechless. For those who aren’t aware, Drew died in a helicopter crash. Of all the places for this message to be… on the work table in a clay studio??? In front of the exact woman who’s fiancé had died flying? And it wasn’t even the spot I usually work at. Because it was so cold out, the owner told me to work in that corner because it was the warmest spot in the studio. So I took his suggestion and moved there. For about 20 minutes after reading it, I just sat there totally stunned. I kept looking around the room – my mind saying a bit humorously, “Are you SURE you’re dead?!?”. When I first read it, of course my interpretation was something like “flying is pointless unless you die doing it”. Well, what a totally demented and Drew-like thing to say, lol. Of course as I sat with it longer, I realized it was really talking about living life. If you don’t die really living life, then what’s the point of living? Damn. That’s SO HIM to say. And SO how he lived his life.

I realize someone else’s hand wrote that message – but somehow, that message found its way to me… in the far corner of an art studio an hour from where I live, out on a 20 acre ranch that I’d have never even known about if it wasn’t for Drew’s mom having taken classes there and introducing me to the owners.

And then of course today I am promptly slapped in the face with an opportunity to leap into the air and try to test this message out: A job opening to teach art lessons to a young boy. I have no experience teaching AT ALL and am completely terrified of stepping this far out of my comfort zone. Despite that, I cannot stop thinking about how much I want to share art – my deepest passion – with other people. So, I guess I’m gonna listen to the writing on the table… here’s hoping I fly.