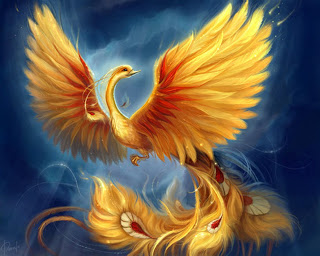 Last Wednesday I had a session with an amazing healer right when I thought I couldn’t go another step in this life without something major happening to lighten the pain I was experiencing in my heart and soul.

I had hit a wall and wanted to be done feeling heartbroken and sorrowful, uncomfortable in my own skin and completely terrified by the future. I’d been feeling bitter and resentful, too, when I thought of how my life, when it comes to loss by death, seemed to be the reverse of what we think of as the normal progression. Instead of becoming an adult first and then seeing both parents die and then living a long life and then watching a spouse die, I’d already seen all three foundational people leave this earth in terrible ways by the age of 35. I couldn’t (still can’t) imagine the rest of my life suffering through more losses than that. I just felt done. I wanted to trade in my heart and soul and life for another one. A do over.

I wanted to feel happiness for others who had both loving parents and a loving life partner. I wanted to feel gratitude for a beautiful sunset, my furballs, art, music, comedy, nature and all the other things that normally make my heart happy, but nothing was getting through the veil of sadness.

The healer saw me at the point at which I could no longer hold my shit together, even in public. I was a trembling, sobbing heap of sadness.

In my sessions with him, he told me that his spirit guide knew that Dave hadn’t passed all the way over into the spirit world. He was stuck in the middle void because we were connected with an energy cord, a heart cord. He said that for both of us to go on and do what we needed to do, the cord would need to be severed. He also said he’d seen my soul pattern and that it was the Phoenix. A challenging soul that had chosen a life of suffering only to rise from the ashes and heal, first the self, and then the earth herself. He said I was an Earth healer and that the pain of the earth as we abuse her was my pain as well. I was here to help her in some way.

Now, to hear this and not dismiss it immediately is a testament to how vastly I’ve changed since Dave died. Before he died I didn’t even really understand what a chakra was, or pay one iota of attention to healing arts, or the afterlife much less soul patterns and heart cords. I would have instantly dismissed this sort of information as quackery.

I no longer dismiss anything. Especially if it brings me healing, peace, or answers of some sort. I don’t even care if any or all of my healing is because of the placebo effect. The result is the same. I feel better. I don’t think much beyond that.

The sessions I had with him were intended to melt away the protective shell around my heart, keeping me from truly living and severing the cord keeping Dave in that middle ground and me stuck in so much pain.

I can say that since then, I’ve noticed the following (and I’m feeling extremely cautious about any and all good results since it’s only been a few days and I know the tumultuous nature of grief and depression so well)…
1. I feel more able to feel. Both good and bad emotions are flowing a little more through me without crippling me.
2. I can enjoy food more than ever.
3. I am, almost without thinking about it, doing chakra breathing exercises and visualizing/meditating for the first time in my life. Meditating had always been incredibly uncomfortable for me and I’d have to force myself before.
4. My voice is stronger and there is a light in my eyes.
5. I feel more present.

I’m still not sleeping really well and I still have a tremor in my arms and hands that stubbornly won’t go away but I’d say for the last few days I’ve felt more alive than dead and that’s new for me.

A discovery I’ve had since the healing is that I’ve never allowed myself to throw a really good ANGRY fit for the loss I’ve experienced and the pain I’ve felt. When faced with adversity I get small and quiet and cry. Reacting that way, I disappear into my pain. Somehow, a new righteous anger has displaced a little of that and I’ve been feeling that it’s also replaced some anxiety. Instead of disappearing into the pain and sadness, I felt larger than it for the first time.

I’ve felt more powerful than I can remember feeling in a long time, if ever. Also, more than a year ago, when I first sold my house and moved to Portland I became briefly obsessed with the phoenix bird. Some of my computer passwords contain the word phoenix and I considered a phoenix tattoo for a while.

I guess maybe I really am a Phoenix. Rising from the ashes isn’t for sissies.