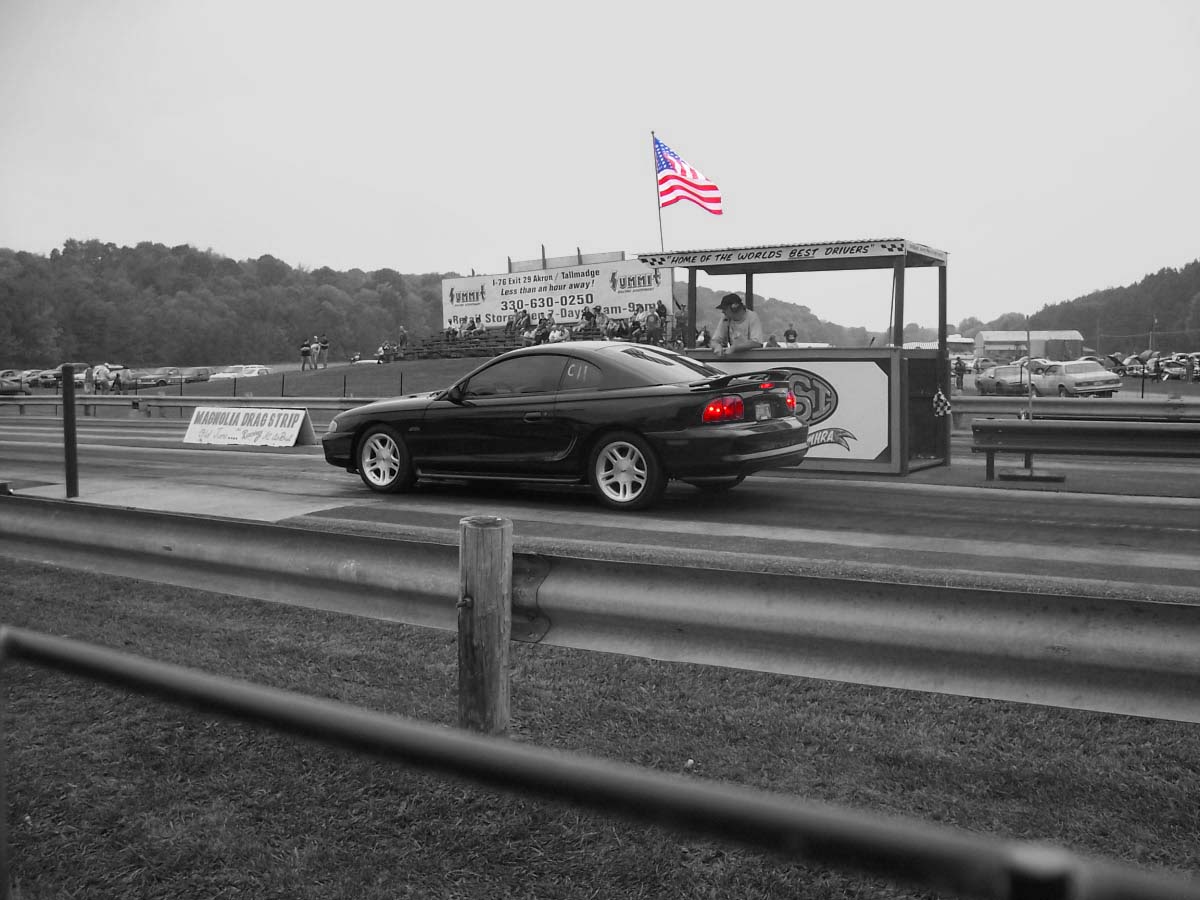 Before Megan, before Shelby, before dating and marriage and sickness and death, there was my car.  I bought my Mustang in 2000, when I was only 20 years old, during my service in the US Marine Corps.

It was my first passion.  I drove that car to the beach every weekend with my buddies.  I drove it 14 hours one-way from North Carolina, once a month to visit my family and friends in Ohio.  I spent at least a few hours every week washing, polishing, and waxing it.  When I left the Marine Corps, and met Megan, it ferried us to dates.  We would spend time at the drag strip with it.  It took us on our honeymoon.  I tore down and rebuilt the entire thing over a winter after we were married.  We went to car shows, parades, and cruise-ins, where we made some of our closest friends.  There were so many good things that the car brought into our lives.

Outside of Megan, I was always focusing on that car.

The pace of life after Megan received her transplant became so hectic, that the car was driven less and less.  We still had our friends.  We still went out on our dates, but the car sat in the garage in favor of one of the others that we had.  Megan never shared the same passion for it that I did, and over time, mine started to wane in favor of children, PTA meetings, and white picket fences.  The car became a conversation piece, driven a few times a year.   Instead of washing it, I would be doing some home improvement project.  Instead of pulling out a wrench, crawling under it, and tinkering with a transmission or driveshaft, my busted knuckles and sore shoulders were being earned by carrying groceries into the house.

Sometime in 2011, I walked out to the garage, key in hand, just to start it up for the first time in a few weeks.

Nothing.  The engine turned over.  The lights turned on, and I could hear it coughing and sputtering, trying to start up that day, not unlike Megan’s daily routine for so many years.

But it was dead.  It wouldn’t start.  It had been neglected for so long that it finally just gave up.  I knew that with some elbow grease and a slight bit of research into the problem, that I could have it running again.  It wouldn’t even take much money…startup problems are usually never more than a few hundred bucks to fix.  All it needed was a new fuel pump.

I turned the key off, sighed, and walked back in the house.  I didn’t care.  My car had become a paperweight.  My passion for it had vanished, and I didn’t even care.  I’m not sure exactly where that tipping point was, but by the time it stopped running, it was just another “responsibility” to go take care of once every few weeks.

I’d had a relationship with this car longer than any other in my life, and suddenly, it was gone.  As time went by since that point, the battery died, it accumulated a layer of dust, and functioned as random garage storage.  At least 4 other cars have come and gone, joining it in the garage since that time, but it still sits there, almost as if it’s missing me and the good times we had together.

It sure took me awhile, but I finally got the nerve to do something about it.  I walked out to my garage last weekend, and jacked it up, with no real defined goal in mind.  Then I took a wheel off.  That led to removing one to the computer control modules.  Before I knew it, I was underneath it, on my back, covered in grease, gasoline, and scraped skin.  Bolts were being turned, and ultimately, the fuel tank was being pulled out.

I had somehow, in the span of a few minutes of pumping a floor jack, reignited my passion.  I spent almost two full days under that car after that, and dammit, I’m going to bring this thing back from the dead.  I’m going to drive it, and listen to the engine scream again, and take Sarah on dates, and Shelby for rides.  I’m going to blast it down the drag strip, and polish it and take it to cruise-ins again.  I’m going to do donuts in a random parking lot.

As I lie there, my hair in a puddle of gasoline, I started thinking.  This car is a metaphor for Megan and her lungs.  She had new life installed into her, when she got her transplant, not unlike me rebuilding the engine.  Over time, we became complacent…not even worrying about the lungs, because they were an afterthought, not unlike me neglecting the car.  Then, one day, some things started going downhill, and we just figured it was something simple that could be easily repaired, so we would worry about it when we needed to.  A new set of lungs would be pretty easy to get, right?  The first set came quickly, after all.  All the Mustang needed was a fuel pump.

Those lungs never came.  The fuel pump will be here this week.  I may not have the opportunity to bring Megan back with a little bit of elbow grease and some parts, but I can sure bring something else that I’ve loved and long thought dead back. 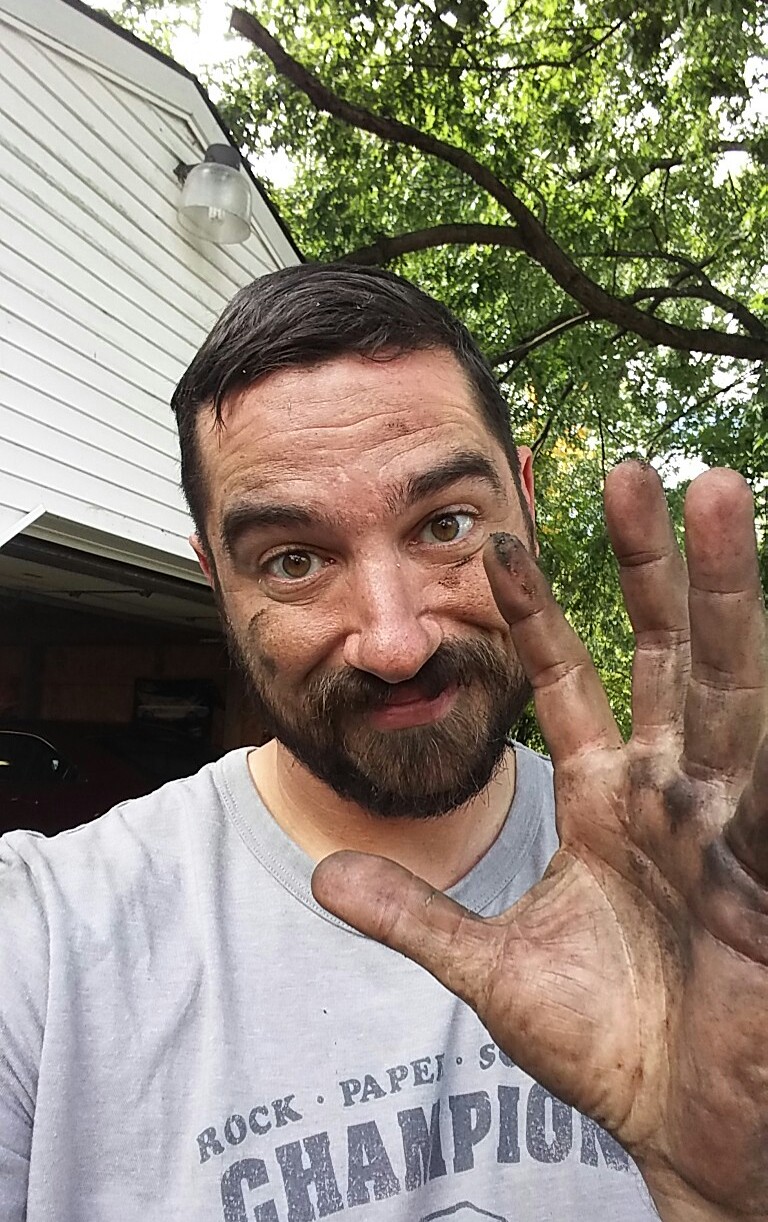 Having the opportunity to bring my car back from the other side won’t bring Megan back, and should I have the choice, the car would go to the scrap heap in order to resurrect her.  What working on this car does though is take me back to a happy era, where she was just inside the house, while I was lying on the floor of the garage in my own little world with the Mustang.