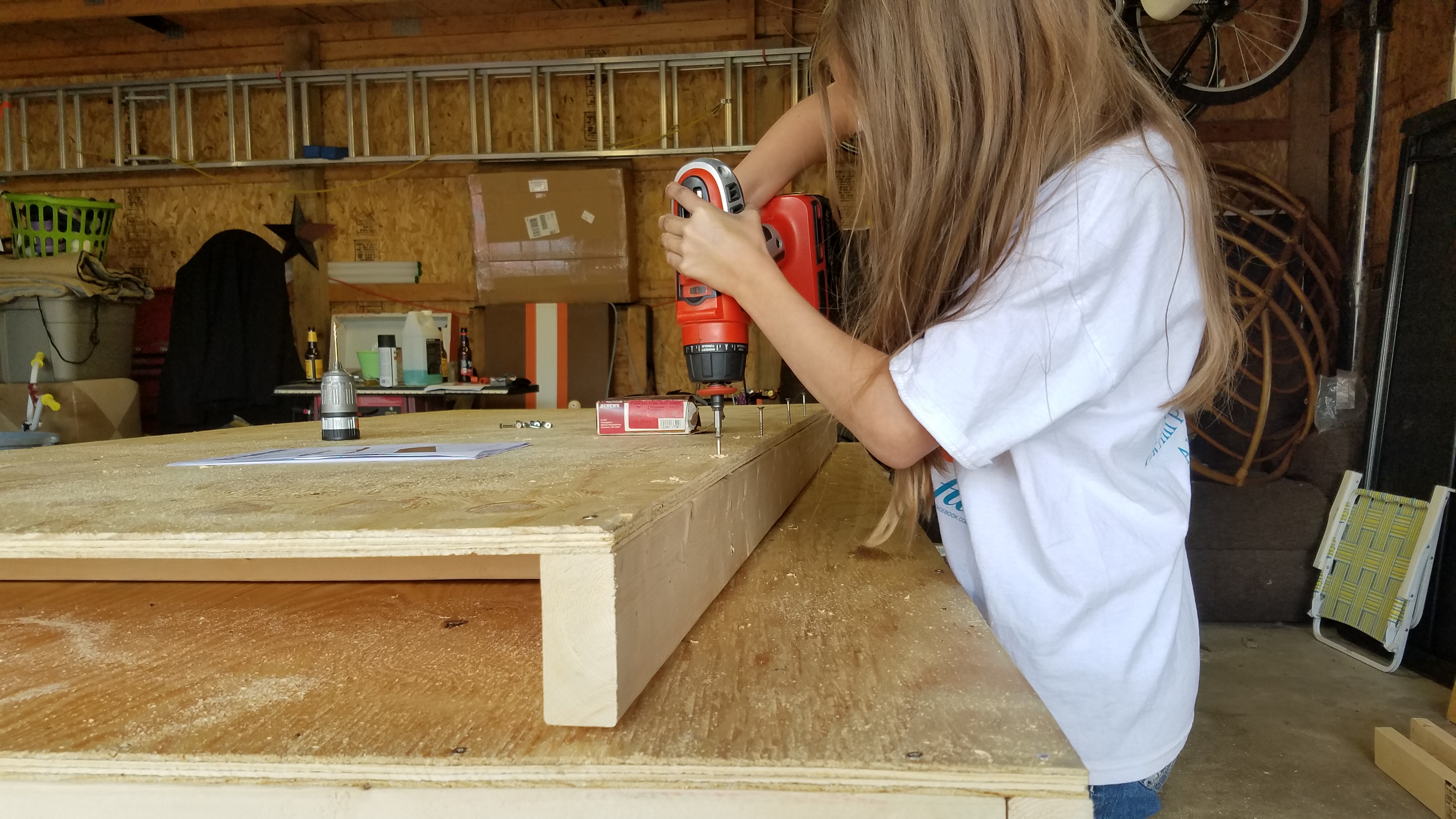 I don’t know how to raise a girl in any other way than I’m doing.  I’ve never done it before, I don’t have a sister, and last I checked, I’d never been a girl myself.  I’m pretty clueless when it comes to makeup or clothes, and the only reason I know how to braid hair is because it’s the same technique you would use to make rope in the backcountry.  I’m not “in tune” with girls, and in a few years, I’m sure I’ll be far too “in tune” with boys for Shelby’s liking.

Shelby makes it easy though.  She went through her “princess”  phase back when Megan was still alive, so I never had to learn the intricacies of which princess was from which movie, and which prince or knight or whatever they were in love with that was turned into a frog…or something.  She grew out of that well before Megan died, moving on to something called “monster high” (which I still don’t get), and has since moved on from those weird green and heavily cosmeticized dolls (is “cozmeticized” a word?  Hell if I know).  Prior to age 7, she had dress after dress after dress, and at least 6 pairs of heels or “fashion boots” as she called them.

For the past few years though, she’s been a tomboyish scientist reader.  Harry Potter, Hunger Games, Lord of the Rings, and a dozen other series in the “fantasy” genre have been blazed through.  She’s going through 3 or 4 novel sized books a month.  She has microscopes, a pneumatic/ hydraulic experiment set, and a fascination with bugs, (except for earwigs).  She helps me change the oil in the cars, including jacking them up, loosening the plug, and refilling with fresh oil.  She can explain the basics of how an internal combustion engine works, and knows the difference between phillips, slotted, and torx headed screws.

She has successfully caught numerous fish (in fact, she hooked and landed the largest fish between either of us in the past two years), baiting her own hook with either a minnow or chunk of worm, casting, patiently waiting, and reeling in on her own.  Hell she’s a better fisher(wo)man than I was at her age.  When a small water snake surfaced a foot or two from her feet, next to the crumbling old dock she was standing on fishing, she was fascinated, not fearful.  She has caught crayfish with her bare hands, played with them, observed them, and when they inevitably pinched her, she threw them in a pot of boiling water and subsequently, ate it.

She donated or sold all of her barbie dolls in her grandfather’s garage sale a few weeks ago, as she hadn’t played with them in years.  She owns more pairs of Converse all-stars than heels.  More denim shorts than skirts.  She’s had one pierced ear for a few years now, the other one being pierced too low, the earring falling out painlessly sometime in 2015.  She hasn’t even mentioned getting it repierced, evidently preferring to look like a salty old pirate than a glamor queen.   Hell, she poops in the woods, and has done so voluntarily without so much as batting an eye for years.

This past weekend, she spent well over 12 hours in the garage with me, building a new workbench.  I could ask for a screw, and the correct one would be handed to me in seconds.  She drove half of the screws herself, did all of the measurements and calculations, utilizing her algebra and geometry skills, playfully argued with me that the speed square should be called a “speed triangle”, and yelled at me to put my safety glasses on when I was running the circular saw.  Scrap chunks of wood were taken to the bench vise a crushed unforgivingly by her during our breaks, rather than burying her head in a device.

The funny part is, the only gauge I have to how Megan would perceive all of this tomboyishness is Megan’s mother.  When Shelby stays with her, she always has “fabulous” clothes, and they go see a “girly” movie.  She gets her hair trimmed and/or styled every few months, as something that they do together.  Shelby’s steak is cut into little bird-sized pieces, and there are always cookies being baked.  Megan was a tomboy herself, but nowhere near the level that Shelby is.  I don’t know if Megan would still be trying to hold onto the stereotypical “girl” things that she and Shelby shared in an effort to keep her from growing up too fast, but I know Megan’s mom certainly is.  Camping, fishing, hiking, working on cars, building things out of wood and playing with bugs certainly weren’t anything Megan would call “fun”, but I have to think that she would be incredibly happy to see Shelby taking an interest and excelling in anything she puts her mind to.

Even with all of this “boy stuff” she likes, Shelby knows how to doll herself up.  Between Megan, and now Sarah, she’s gained that awesome quality of being “one of the boys” most of the time, while looking absolutely stunning and transforming into a young woman when she wants to.  She’s gonna break some hearts, including mine, someday.