Often, our gift to this world–the thing we are here to do–is the thing we tend to fear or dislike the most. Scary how that works. I wanted to be a writer. Here I am… writing a blog, not a book.

What did you want to be when you grew up? I used to ask pretty much everyone I knew. For Suzanne, it was a criminologist or a forensic scientist (long before becoming fashionable, or used as source material for TV shows, movies and true crime dramas).

Suzanne was many things in her lifetime. Her bachelor’s degree in sociology and master’s in criminology never really contributed much to her career. Fate intervened. She assisted on a “criminal profiling research project” at the UK’s Home Office before we got married. It was the first and last time she ever worked in the field. She worked as a relocation agent, a case manager for the Crown Prosecution Service, as a baker, an advocate for surrogacy and adoption, and as a catering manager. 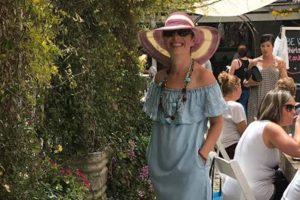 Suzanne was a wonderful friend to so many. She was a very open and gregarious person. Her smile would light up a room when she walked in. But she struggled with a purpose in life until only a few months before she died. She found yoga. She trained and qualified as a yoga instructor just days before her final diagnosis.

In the months after she died, I struggled to find meaning and purpose. It took me a long time, but once I found it, I really dove in.

The struggle to find purpose and meaning in life is real. So many of us stick it out in dead-end jobs, struggling to make ends meet. We have had great relationships, but our spouse/partner is dead, so now we struggle to find new people to share life with. I am on a new path. A journey of discovery and that means being open to the infinite possibilities available in any given moment. 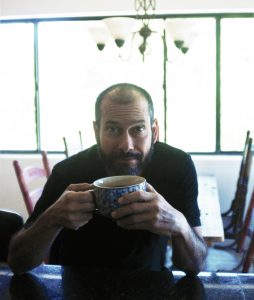 My role in this life from now on is to pass on the lessons I have learned walking along this path, on this journey. A Native American legend describes two paths we can choose to take through our life–a red path and a black path. The black path is the road most of us take (and the one both Suzanne and I traveled for most of our lives). It’s the path that requires little thought and even less “presence.” The red path is the path of consciousness, presence, meaningful existence–living from a purpose.

As Frost described it, this is the path less traveled by:

Two roads diverged in a yellow wood,
And sorry I could not travel both
And be one traveler, long I stood
And looked down one as far as I could
To where it bent in the undergrowth;

Then took the other, as just as fair,
And having perhaps the better claim,
Because it was grassy and wanted wear;
Though as for that the passing there
Had worn them really about the same,

And both that morning equally lay
In leaves no step had trodden black.
Oh, I kept the first for another day!
Yet knowing how way leads on to way,
I doubted if I should ever come back.

I shall be telling this with a sigh
Somewhere ages and ages hence:
Two roads diverged in a wood, and I—
I took the one less traveled by,
And that has made all the difference.