Using proper grammar can be daunting, especially when referring to a loved one who is deceased. I was not sure of the best way to answer my rhetorical question so I decided to undertake a quick bit of research in hopes of finding the best answer. Unfortunately to my dismay, instead I stumbled into the labyrinthine field of linguistics. This complex area of study was far beyond my ken, particularly given my modest objective.

Even the most cursory and shallow dive revealed to me that within the field of linguistics there is no shortage of unsettled philosophic and intellectual issues. For example, I learned that the study of how language influences thought has spawned at least two competing hypotheses, and within these two main schools of thought there are additional refinements and many shaded and nuanced approaches. It quickly became apparent to me that linguists must relish their opportunities to makes their academic bones by engaging in good, meaty arguments with their colleagues. Indeed, because the tenants of linguistics apply to a host of related social, political, cultural, even anthropological, topics of interest to academics, and there is no shortage of expert opinion. In sum, although my brief research effort did not reveal the definitive answer to my original inquiry, the endeavor most definitely left my head spinning.

To say that Sunday June 12th is my anniversary is factually accurate, of course, but what does it communicate?  For me, putting things into the present tense painfully underscores the fact that Lee died and is no longer able to enjoy it with me.

To say that June 12th was my anniversary also is factually accurate but feels all wrong. “Was” equals the past tense form of the verb “be,” meaning “to exist or live.” However, when it comes to Lee, I cannot neatly separate past and present.  Lee no longer lives but she remains deeply a part of me. The ordinary demarcation between past and present that people make in their daily speech does not work very well when I try to apply it to my deceased wife. I cannot embrace it. In my head and heart, Lee resides out of time.

Finally, to say that June 12th would have been our anniversary feels too wistful. To be sure, after Lee died, I experienced my full share of tears and mournful longing. At times I was forlorn, even disconsolate. Not a day goes by that I do not mourn Lee’s passing. However, I no longer wear my grief on my sleeve or allow it to define my existence.

Even so, there are still occasions, notably, for example, the approaching anniversary of Lee’s death, when experiencing grief is fairly predictable and unavoidable. I also have come to expect there will be other future occasions, the unexpected ones, when my feelings erupt without warning from some place deep down inside, triggered by God only knows what this time (ordinarily they are innocuous circumstances), to bite me squarely on the ass. Without notice, suddenly, I will be momentarily discombobulated once more. 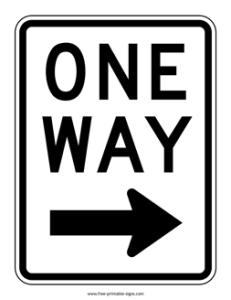 The arrow of time describes a concept that the only direction in which time moves is forward. Think about it. Have you ever witnessed a broken egg suddenly reassemble to become an unbroken egg?  While I am no physicist, I do have a passing familiarity with the second law of thermodynamics, which holds that in an isolated system, entropy tends to increase with time. In short, disorder increases over time. Accordingly, once an egg breaks, it stays broken. The child’s verse, “all the King’s horses and all the King’s men couldn’t put Humpty [Dumpty] together again,” is an apt description for the consequences of an arrow of time.

The underlying science is rock solid. In fact, the scientists’ equations would work equally well if you were to run time backwards, say, all the way back to the Big Bang itself. Yet, since time does not run backwards, cause invariably precedes effect. Drop an egg, it breaks and stays broken.

More relevant to today’s musings, however, the arrow of time also explains why people can only recall the past; no one remembers the future. Conversely, everybody agrees that you cannot change the past, even if we do feel like we can affect the future. Yet, despite this fundamental truth about our inability to affect past events, personal regret, which could include our sense of grief, persists and frequently populates this very website.

Day by day I try to give myself a break in this regard, but as mentioned, deep emotions can still nonetheless surface without warning. However, over the long haul I trust that the arrow of time will point me toward a happier future. I embrace my grief but refuse to wallow in it..

And so, I spent this past Sunday in Robyn’s fine company. In the morning we planted perennials in my backyard. Later, after coffee, I drove her back home to the suburbs, where I perused the Sunday newspaper while sitting in a chair in her sunny yard. I played a little guitar music in the basement “rec room,” accepted her invitation to stay for a delicious dinner, schmoozed with Robyn, her daughter and one of her sons, then drove home back to the city.

It was not an unpleasant way to spend a Sunday, though this past Sunday had been the anniversary of my marriage to Lee.  I felt no regret.