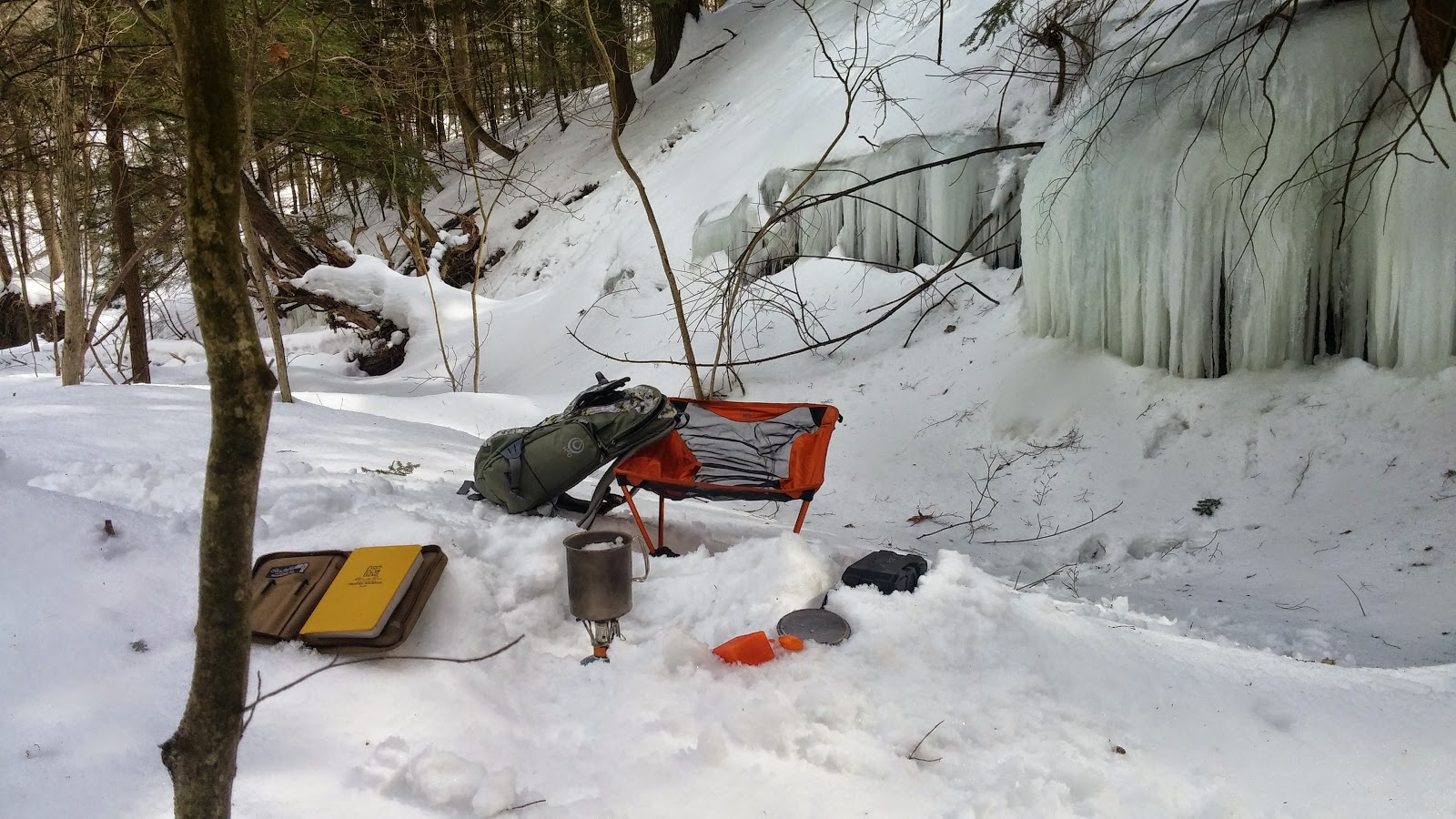 For years, I have wandered outside.  When I was very young, on through my teenage years, I would often times find myself on my Aunt’s cattle farm, traipsing around the back lots, playing in the creeks, or just generally exploring the land and finding interesting spots to spend time with my brother and cousins.  We were always outside.  We camped, fished, shot at old oil cans, roamed, watched birds or squirrels, built little shelters or dammed the creeks with a shovel and time, stared at the stars, and generally didn’t have a care in the world.  I was a kid…that’s the way it should be

The farm is no longer in the family, but now, I have my own place.  It’s a place that Megan never knew about, nor did Shelby.  It’s a place I can go to just “exist”, and be that kid again, playing in the creek, listening to birds, or staring at a beech tree in winter, with its white leaves just barely clinging on while they flutter through the cold winter wind.  I found it one day maybe 7 years ago by glancing at a topographic map, looking for a sea of green and picking an interesting looking spot.  This little glade at the outlet of a small spring caught my eye, and I decided to explore.

It amazes me that I forgot about this place until last weekend.  Megan has been dead almost 4 months, she was in the hospital for 6 months before that, and had been diagnosed with rejection in early February.  That was the last time I visited my place…February 16th, 2014.  I read my journal entry from that day, and it might as well have been written the day she was going to die.  The terrifying feeling that I was going to be on my own had already crept in, and it was just as suffocating then as it was later on in November.

I packed my backpack, hopped in the truck, and decided that it was time to exist.  It’s an odd thing for me sometimes to want to write something down, but predetermine that whatever I write is going to be more honest, raw, and meaningful if I wait and disappear into my place.  After a few miles of plodding through that late-winter crusty, creaky snow, I had finally returned to my place of existence.

I set my little stove up to make some coffee with snowmelt, assembled my mini chair, grabbed my journal, and started writing in my own little Walden that I had constructed.

There is something about being outside in an isolated spot in the woods that clears my head and fills it with thoughts at the same time.  I put pen to waterproof paper for awhile, every so often adding a little bit more snow to my pot until there was enough water in it to have a nice cup of coffee.  Once it was ready, I took a break and “existed” for awhile.

That’s when it hit me.  Here I was, in a place that I had always come alone, but always had someone to return home to once I cleared my head.  Only now, I knew I would be returning to an empty house, and I was happy.  Not happy about having an empty home, obviously, but happy that I could still come to this place.  Happy because I was that skinny, nerdy little kid again, outside, building things out of sticks and snow and imagination, and not having a care in the world.  Happy because I was outside.

Happy because after years of walking with Megan, I still had somewhere where I had NO memories with her, and the only footprints leading to it were mine.

I stayed for about 3 hours total, but I really didn’t want to leave.  I could have continued happily existing for what felt like years. Finally, a small snippet of my own instruction manual for dealing with losing Megan wiggled its way into my head, oddly, from a comedy special that I had seen on Netflix.  I feel anyone dealing with any kind of stress, not just the loss of a partner, would find this advice useful: 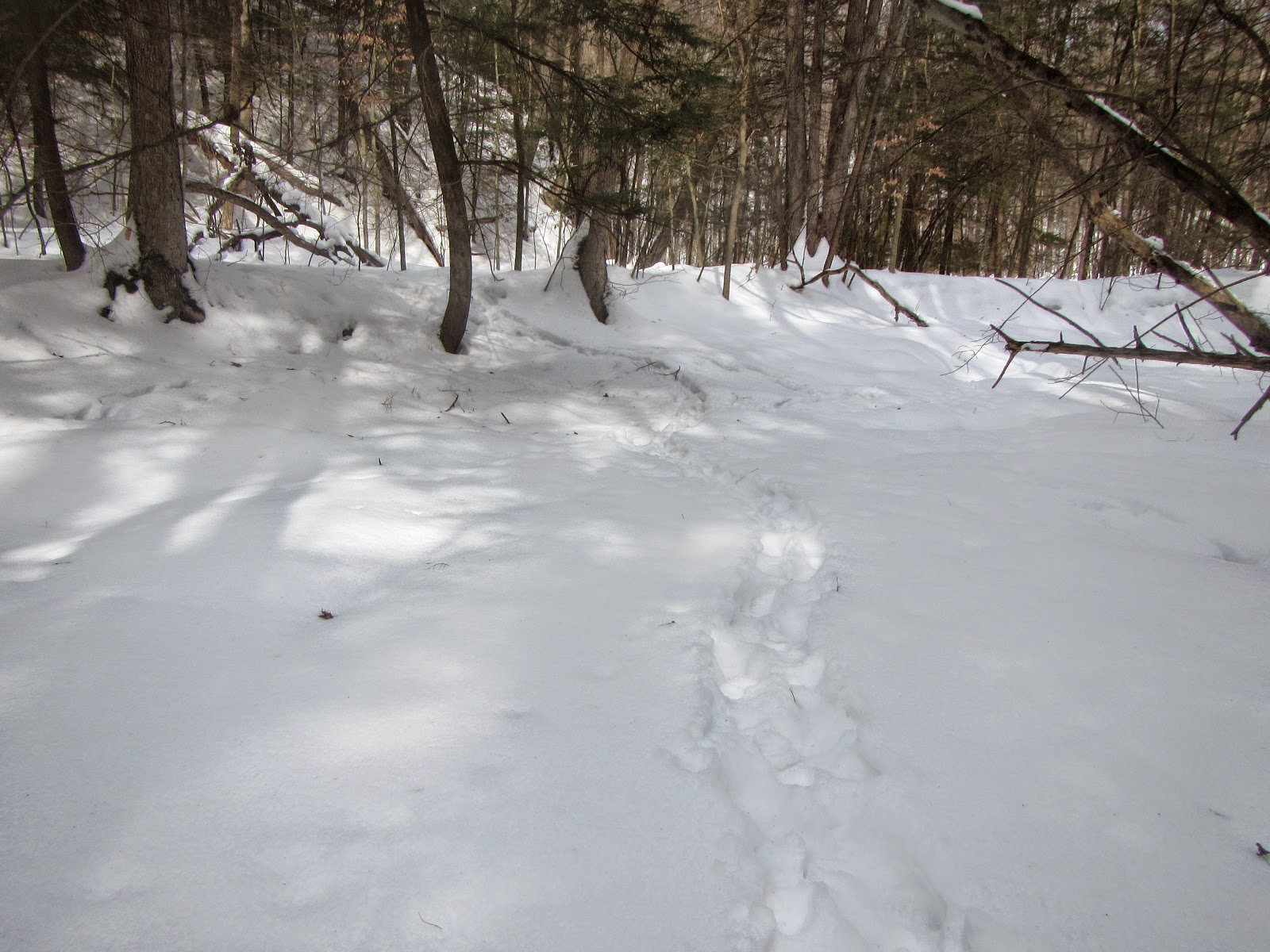