I introduced who I am now last week but that is just a piece of me and really, she’s still kind of new around here. The other part of me is the me before Mike died. She was around for a long time and was very comfortable in her skin. At the time, I truly thought that version of myself was very independent but after he died I quickly realized how much of my identity was closely tied to Mike. I’m not saying it was a bad thing; it was just kind of a surprise to me. It suited me then and I liked myself and who he helped me be. Today I’d like to introduce me from before Mike died and our story. In introducing me from before and our story you’ll get to know more about Mike too. I can’t and don’t want to separate the two. He was and still is a big part of me.

The Before me was young. She was a bit naive about the world. She smiled with her eyes and with her whole heart. Sometimes now I begrudge her a bit for that but she had no reason to be any different. She was happy in the most innocent, purest form. When I can take a step back to genuinely reflect, I am glad she had that time to be that way. The reality of life could wait. 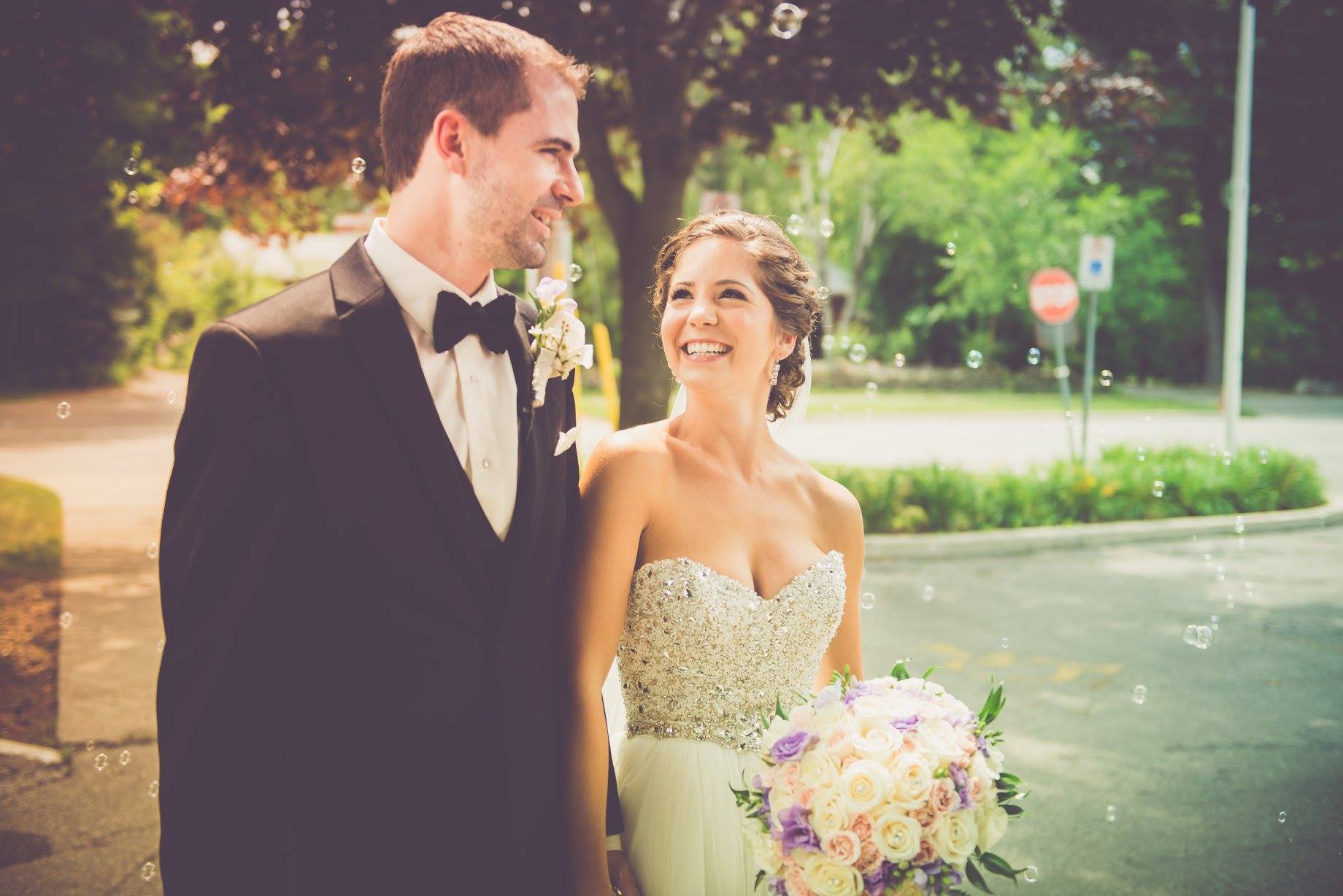 It started young. I met Mike when I was 7 years old on the first day of grade 2. He was the absolute cutest and I had an instant crush. He had the blondest hair, not a care in the world, and giggled non-stop. I was more methodical and serious but we still became friends. It was an easy friendship and we stayed in the same friend group throughout high school.

At the very end of high school in 2006 something shifted a bit and after a bit of flirting, we decided to date. Like, he actually asked me flat out to be his girlfriend. There were no games; it was a done deal. It was a “serious” relationship pretty early on but we managed to still be teenagers (and later, young adults) and have our own lives and have fun. It was just that much better because I had him.

He made me feel like I was the most amazing person in the world. He looked at me like I was some kind of magical. I loved him with everything I had. We were somewhat opposite personalities but I think we balanced one another out. He was spontaneous and go-with-the-flow where I was always planned and scheduled. I was serious and he was light-hearted. He was a comic and joker and I was still serious. I was a thinker and he was a doer (perfect for our home DIY projects). He was a risk-tasker and I was cautious. He was messy and I was neat. I was bossy and he let me be, most of the time. I was a people pleaser and he was not (although he let others think he was). He was calm, collected, and thought things through. I was calm with an inner storm that he always knew how to bring back down. He challenged me to push myself and not be so afraid of life. He taught me how to relax. He let me be myself and evolve. We shared values, dreams, and so many interests. We weren’t perfect and yes, we argued, but for the most part, our relationship came very naturally and was easy.

We got engaged in 2014 after 8 years of dating. We had matured and grown so much together from our younger selves. We bought a house together and got married the following summer in July 2015. I was living my dream. I felt an overwhelming sense of comfort, peace, and happiness in my life. I loved coming home to him. I loved how we took care of one another. I loved the respect and love we had for one another. I loved the fun, adventures and laughs we shared. I loved the conversations we had. I loved it all. Being married to Mike was the best 10 months of my life. I was so excited to have my life to share with him as his wife. We had so much planned.. And then he died.

That innocent, happy, ideal-life version of myself died a bit with him too. There’s no place for naive innocence in sudden death. There’s growing up to do. In her place, someone new had to grow and fill in the gaps. Gaps where innocence left, knowledge of life and hardship grew. Grief filled in the space of love no longer returned. Where interdependence drowned, independence fought hard to come to the surface. The “we” and “us” changed to “I” and “me.” It was strange change but it was necessary.

I can’t bring everything that I was forward with me. It would be forcing something on that no longer fit and the discomfort would be obvious. I guess for me it’s been figuring out what parts of myself I want to keep and leaving what no longer serves me and then going back and revising. It’s not permanent; like a sorting game where I keep going back to change the sorting rule. A changing identity and moving forward, to me, means I have the control to shape who I want to be and what I want to do. There’s options for me alone to decide. I guess I always had that control but the fact that I have it is more obvious to me now. It is a powerful position to be in; to be able to choose how I will live my life and who I will be. Recognizing my power is even more powerful. He would have been proud. I am proud.