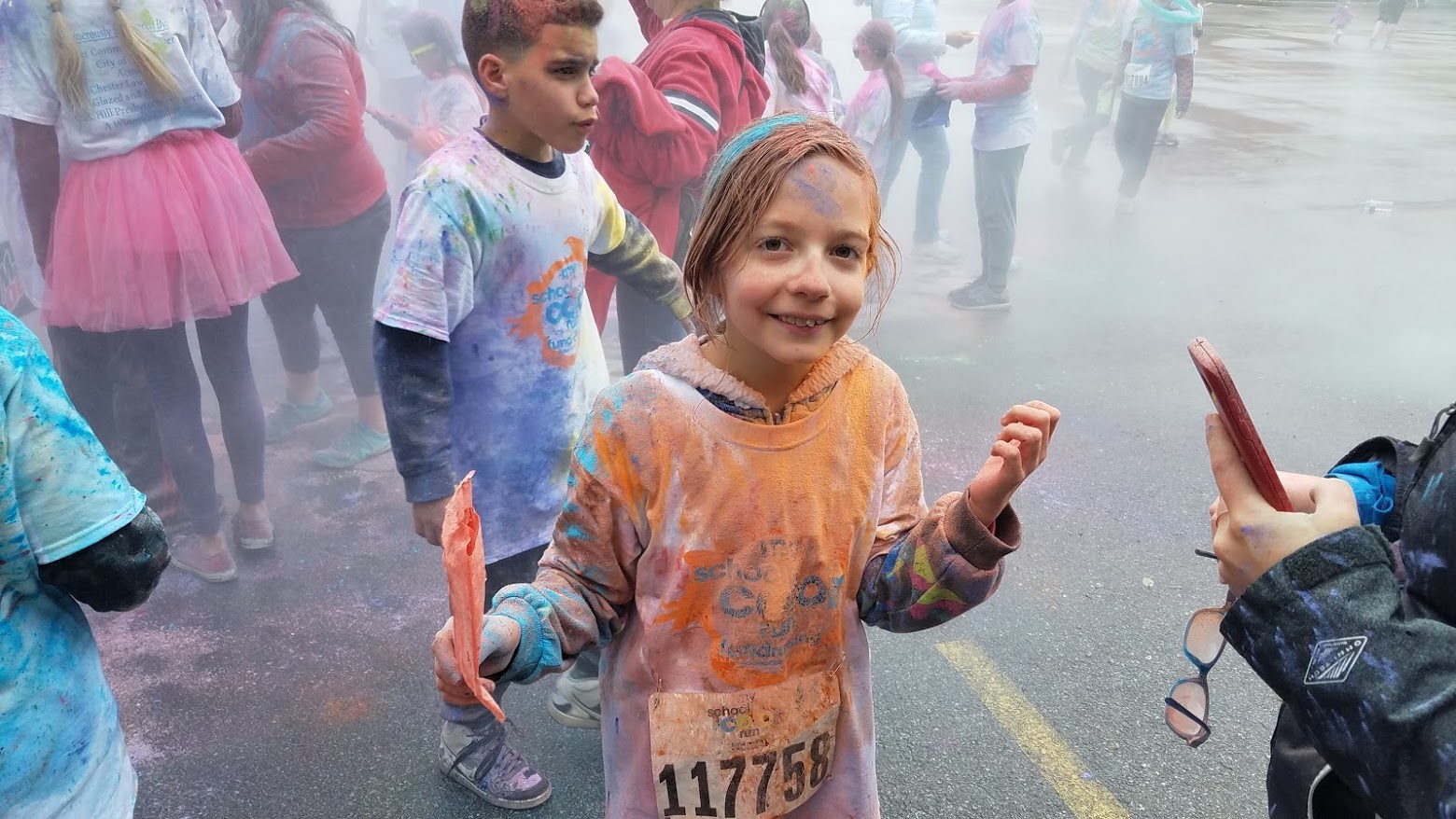 Megan loved being a mother.  If there was one thing, one goal in life she had, it was to create a little girl like Shelby.  For 7 years, she doted on her, relishing taking her to school, feeding her creamed peas, changing diapers, reading to her, and in effect spending every healthy moment she had with her.  Even when she was admitted to the hospital, roughly 5 – 8 times a year for three or four weeks at a time, she wanted Shelby there.  Nothing would perk her up and make her smile more than to see her peanut waltzing through the hospital room door, saying “hi mommy”.

She was proud beyond words (still is, I imagine) at who Shelby was.  I half assume that the only reason she joined the PTA, and chaperoned different school functions was so she could show Shelby off to the other moms.  I mean, i sure as hell didn’t have a desire to sell popcorn balls in a school basement to three dozen other mothers as part of a “fundraiser”, but Megan, damn, she would have been leading the endeavor.

Like so many of these posts go, there’s a summary of something in my past with Megan, followed by “Then, she died”

And that’s that.  Shelby was in second grade, and her first few months of school that year were spent traveling 45 minutes to the hospital to visit Megan nightly after school.  She’d do her homework in the corner of the room.  Her and I would then walk down the cafeteria to grab a bowl of broccoli and cheese soup for Megan, spend another hour just visiting with her, and then drive the 45 minutes back home to let dogs outside, get baths, text Megan goodnight, and go to bed.  It had been going on since June, and there had been maybe 10 nights in the whole sixth month process that were any different.  Then, she died in the middle of November.

There was no more “proud mommy”.  No more PTA functions or school fundraisers.  No trips to the ice-capades to see Disney characters sliding around, or dressing up as a princess.  She had her grandparents still, and they went above and beyond to help me and make sure Shelby was safe, healthy, and entertained, but ultimately, the primary female presence in her life was gone.  The woman she spent 7 years of her life being attached to was gone.  Like always, she took it in stride and just kept growing up.  It STILL astonishes me how she handled those first few weeks after Megan’s death, including Christmas morning, of all things, not crying since the funeral.

For my part, I was still making sure she was fed, taken to school, well cared for, and somewhat entertained.  Grandparents played a huge part in that.  Myself, I was a wreck.

Shelby was eight years old when she met Sarah.  It had been about 6 months since Megan’s death.  She had heard me talk about her since meeting her at Camp Widow.  She knew that this was someone that her dad cared about, and maybe even knew we were falling in love.  The “meeting” was on Skype, and the two of them, without any apprehension, just took over the call, and goofed around for a few hours together.  There wasn’t any awkwardness that I could perceive.  Throughout the next few months, they chatted together periodically if we were talking on a weekend night or before Shelby’s bedtime.  Shelby would beg and plead to talk to her or stay up late just to say “hi”.

By August, Shelby had visited Texas, and met Sarah in the flesh.  That first hug in the airport terminal replays in my mind frequently.  I hadn’t seen Shelby hug anyone like that (including me) since her mom.

Fast forward a few months, and Sarah was moving to Ohio.  She had her own place for the first year, as we were being smart about everything and not trying to force an issue.  It didn’t matter; Shelby and Sarah were already connected in so many ways.  Within another year, Sarah was officially moving in with us.

This morning, as Sarah came down the stairs, Shelby appeared from the bathroom and performed her “hug attack”.  She does this often.  Each and every time, hugging Sarah as if it’s the first time she met her.  Megan never got one of these, primarily because Shelby hadn’t thought of it yet, I guess, but she would have loved it.  Sarah gets one daily.

Sarah didn’t HAVE to be Shelby’s mom.  She takes peanut to school almost every day.  She picks her up just as often, when Megan’s parents aren’t visiting.  She takes her to doctor and dentist appointments.  She makes sure her homework is done and she takes a bath and goes to bed on time.  Those are all “care taking” things though. Responsibilities that any adult would need to do when caring for a child…their own or not.

It’s when she cooks dinner, instinctively knowing that Shelby prefers chicken nuggets over chicken curry that she’s channeling Megan unknowingly.  Making sure her permission slip for the “color run”, pictured above, was filled out isn’t normally a priority for just a “guardian”.  Getting Shelby into girls-on-the-run was 100% Sarah’s idea, somehow perceiving how much Shelby would excel in, grow from, and love it.  The two of them going to see Beauty and the Beast together without grumpy old dad was precisely what Megan would have done.  It’s not like she has her own mother to call up for advice on raising a little girl (or even her sister,  she has three boys).  But, like Megan, she’s a natural.  Megan didn’t HAVE to be Shelby’s mom either.  In fact, though she wanted nothing more, it was the scariest thing she had ever faced in her life, and this is a woman that had her chest clam-shelled open and organs ripped out and replaced.  The doctors advised against it.  Many of her friends advised against it.  Hell, I was apprehensive myself about having a child with Megan.

It’s oftentimes very, very surreal for me.  It takes me a week or two to process even simple events like the two of them going to see a movie, because, though Sarah doesn’t even have to be half of the mom Megan was, she is so, so much more.  Different, for sure, in many ways, but Shelby loves her just the same.  Here we have two women, both losing their mothers around the same age, that have connected BECAUSE of that loss.  I have never felt Sarah was unwilling to be who she is to Shelby, only “cautious” from the start then “confident” ever since, though she doesn’t have to be.

I can only imagine that their mothers are watching and smiling from ear-to-ear at these two.  Me?  Well, i just consider myself lucky that I’ve been given the opportunity to be Shelby’s dad.   Did it suck, losing Megan, and having the uncertainty that comes with that?  Of course.  Do I wish that peanut never had to go through any of the things she did; the sicknesses, the cycles of a mom at home, then away, then home, then away again, and the loss of her mother?  No question.

But, if Shelby had to lose her mom, then I couldn’t be happier with the blessing of having Sarah in our lives, because she didn’t have to be.